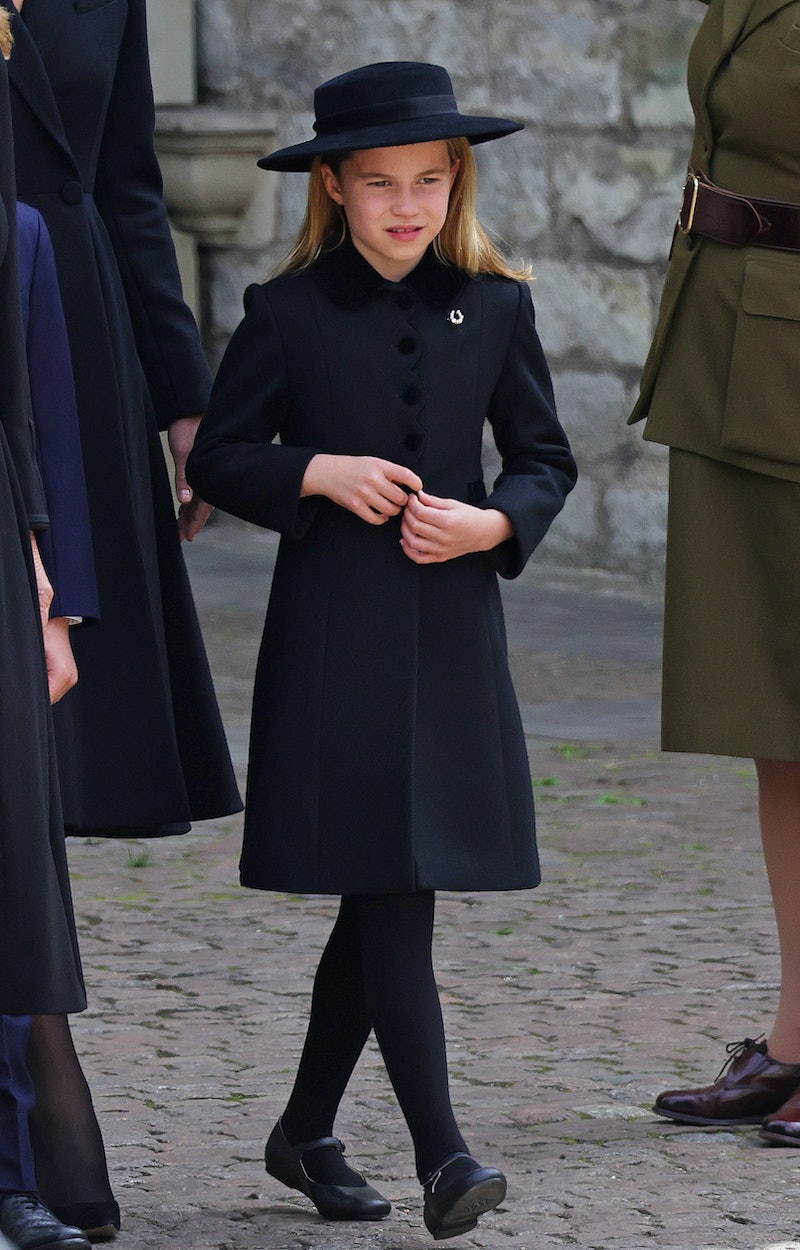 Prince George, 9, and Princess Charlotte, 7, attended Queen Elizabeth II’s funeral alongside their parents, Prince William and Kate Middleton. While Prince Louis, 4, was not brought to the service at Westminster Abbey, the elder two siblings paid their respects to their great-grandmother, who they reportedly lovingly referred to as “Gan Gan.” Dressed in mourning black, the family sat in the front row alongside chief mourners King Charles III and his wife, Camilla, Queen Consort.

Mirroring her mum’s funeral attire, Charlotte wore a buttoned coat and a hat for the service. She and Kate held hands as they entered the church, with the Princess of Wales gently guiding her daughter. According to royal protocol, women should wear hats to all formal occasions, including funerals. Previously, Charlotte was a bridesmaid at Prince Harry’s wedding, where she wore an adorable floral headband, instead.

Charlotte also appeared to pay tribute to her Gan Gan with her choice of jewellery for the funeral, wearing a small, sparkling horseshoe-shaped brooch. Seemingly a nod to her great-grandmother’s famous love of horses, the sweet gesture didn’t go unnoticed, with viewers commenting on the jewellery via social media.

The Prince and Princess of Wales reportedly thought carefully before making the decision to have their two older children attend the historic day. “As parents, they have, of course, thought long and hard about whether their children should accompany them,” a source told Daily Mail. “Of course, little Louis is too young, but they think George and Charlotte are up to it.” It is the first time the children have been pictured in public since Her Majesty’s death. In fact, George, Charlotte, and Louis started at their new school the same week the Queen passed away.

During the national period of mourning, Prince William told well-wishers in Norfolk that he and Kate are “trying to keep everything constant” as their children adjust to the loss of their great-grandmother. “They're in school and they're being well looked after,” added Kate. “They're in a routine and they're happy.”