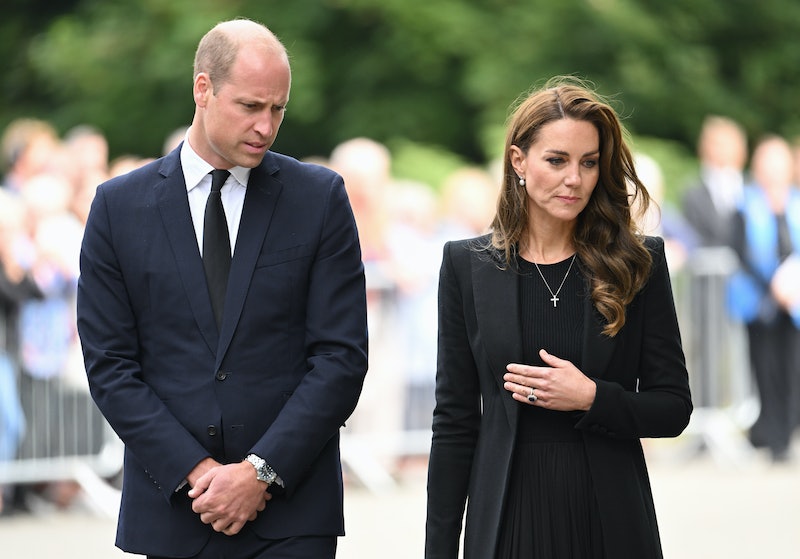 Marking the end of the nation’s 10-day mourning period, Queen Elizabeth II’s funeral will be held on Sept. 19 at Westminster Abbey. The momentous day has been meticulously planned, in keeping with the set course of action dictated by Operation London Bridge. The Queen’s immediate family, such as the new monarch King Charles III and heir apparent Prince William, will lead the chief mourners on the day. But what will the royals be wearing as they say goodbye to their beloved matriarch?

As per Debrett’s, a chronicler of British society and modern manners, an all-black dress code must be strictly followed at state funerals. “Ladies wear black knee-length dresses, or coats, black hats, and may also wear face-covering veils,” the publisher explains. When the late Duke of Edinburgh passed, the gentlemen were seen in black morning coats with medals, instead of the traditional military attire. However, the Queen’s funeral has more stringent rules for the royal family, since the streamlined ceremony for Prince Philip was held in accordance with the UK’s lockdown regulations. Also, it’s believed the Queen changed the rules at her late husband’s funeral, so that non-working royal Prince Andrew wouldn’t stand out for not being able to wear his military uniform.

King Charles III, declared a royal period of mourning which lasts for a week after the funeral. “It is His Majesty The King’s wish that a period of Royal Mourning be observed from now until seven days after The Queen’s Funeral,” reads a statement from Buckingham Palace.