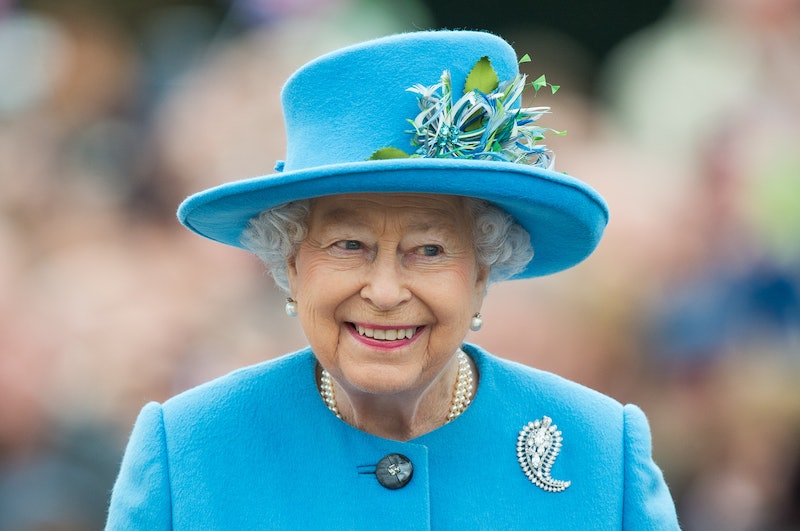 At the time of Her Majesty Queen Elizabeth II’s death, her private jewellery collection reportedly included 300 precious pieces, with at least 98 brooches, 46 necklaces, and 34 pairs of earrings. As thoughts turn to her upcoming funeral on Sept. 19, people are no doubt wondering which of the Queen’s special jewels will go with her to her final resting place. Her Majesty’s coffin is currently being visited by mourners in Westminster, and it’s said to be decorated with magnificent royal objects that cost millions of pounds, per the Daily Mail. However, a jewellery expert has claimed it’s likely the Queen will be buried with just two pieces of significant jewellery.

Lisa Levinson, the head of communications at the Natural Diamond Council, told Metro: “Her Majesty was an incredibly humble woman at heart, who is unlikely to be dressed in anything but her simple Welsh gold wedding band to rest, and a pair of pearl earrings.”

Missing from the short list is the Queen’s spectacular engagement ring, which was studded with diamonds from the tiara belonging to Prince Philip’s mother, Princess Alice of Battenberg. Levinson believes this historic piece of jewellery will be passed on to Princess Anne. “The young Prince Philip was closely involved in the design of Elizabeth’s engagement ring, which is set in platinum and has eleven natural diamonds — a three-carat round solitaire diamond, and five smaller stones set on each side,’ explained Levinson.

While The Queen’s personal jewellery collection is retained at the Queen’s Gallery in Buckingham Palace, the official Crown Jewels are held in the Tower of London and include over 23,000 diamonds, sapphires, and rubies. Royal commentator Josh Rom has predicted that a large part of the Queen’s tiara collection will be handed over to King Charles III for his wife, the Queen Consort, Camilla.