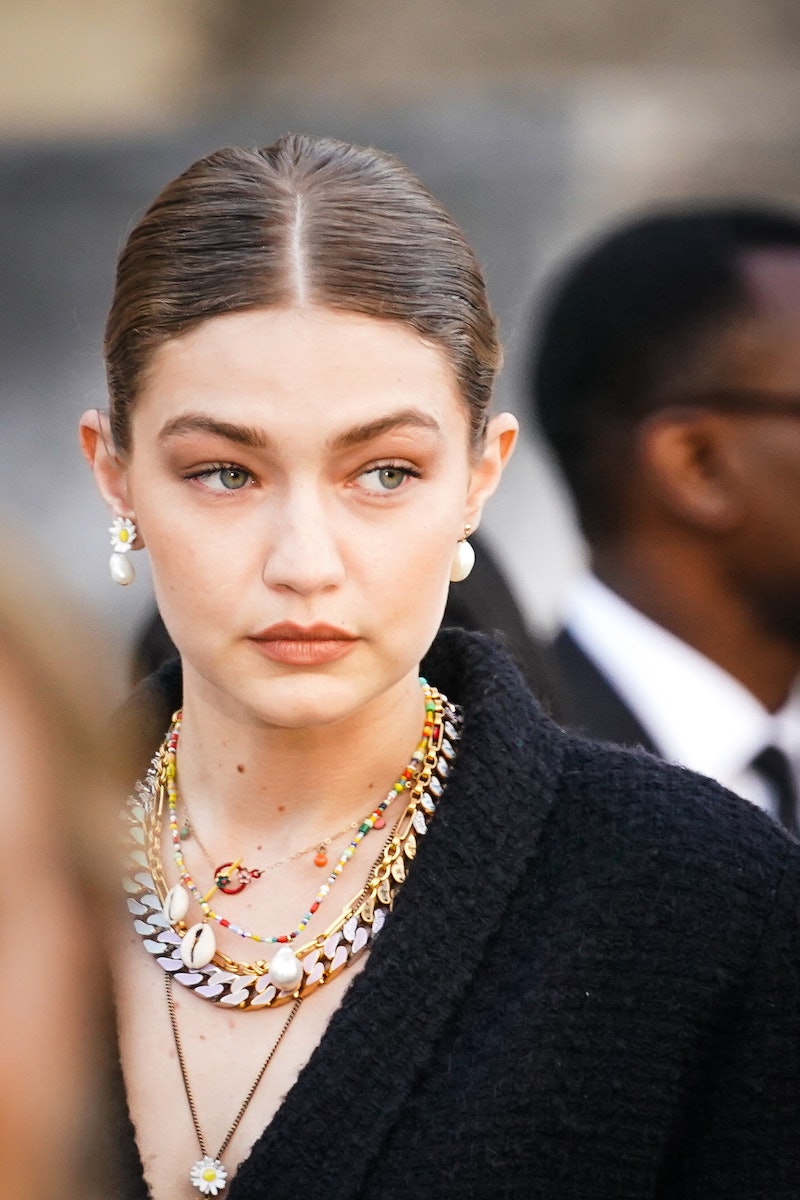 Now that we’re making our way to the end of the summer, it’s time to start thinking ahead to fall fashion, and toward fun jewelry trends that will keep that summer spirit alive all year round. First up? A ’90s staple that you might have thought you’d never see again.

Yes, that’s right: We’re talking about shell-inspired jewelry — be it puka shell necklaces, turbo shell earrings, or some combination strung around your wrist, the seaside-find-turned-high-fashion-favorite is back and better than ever.

Shell jewelry, though often associated with ’90s surfer dudes, actually has a deep-seated history not only within individual cultures, but also in the world of high-fashion jewelry. Former surf shop owner Terry Peek told Mel Magazine in 2020 about the origins of the term ‘puka’, stating that in Hawaiian, the term “literally means ‘hole,’ as in, shells with a hole in them.

The original puka shells were conical tips of snail shells and more of a mottled brown color, now called tiger puka. These shells were strung on cotton or silk cord and worn as necklaces, celebrating the island culture.”

However, the term often gets incorrectly attributed to cowrie shells. According to Peek, “Cowries are a totally different type of shell, used in African culture for hundreds of years in jewelry, clothing adornments, headdresses and even currency.” The cowrie now serves as a spiritual symbol for wealth and good fortune.

Verdura is an iconic brand in jewelry history, known for transforming everything from beach-found shells to Lion’s Paws purchased at New York’s Museum of Natural History gift shop into true works of art. They are set with gold, diamonds, and colored stones to accentuate the shell’s natural beauty. There’s also Seaman Schepps, one of the most popular jewelry houses to make constant use of shells. Its turbo shell earrings are instantly recognizable statement pieces.

Not to mention they’ve showed up on the runways and celebrities in recent years, too. Prada’s Spring/Summer 2020 show featured statement-making shell strings on earrings, chokers, and bracelets alike:

Gigi Hadid chose a colorful ’90s take on the trend when she stepped out during Paris Fashion Week in 2019 in a cowrie shell necklace with colorful beads:

Of course, Beyoncé wore a cowrie shell headpiece for her “Spirit” music video off of the The Lion King: The Gift album for the 2019 remake of The Lion King.

Sistas actress Novi Brown wore a full cowrie shell look to the 2022 BET Awards, which was created by the same designer who made Beyoncé’s headpiece. The Nigerian designer, LaFalaise Dionn, refers to herself as the “Queen of Cowries”, which tbh, accurate.

And even Queen Elizabeth II has gotten in on the shell-inspired trend. Her Courtauld Thomson Scallop-Shell Brooch was crafted in 1919 by the Goldsmiths and Silversmiths Co. in London and designed partly by Sir Courtauld Thomson. He left the iconic piece to his sister, Winifred, who then left it to the Queen Mum in 1944. It is from her that Queen Elizabeth II inherited this diamond-studded stunner:

No matter your style or budget, shell jewelry is a trend you’ll want to include in your rotation, even as summer winds down. The sun and sand are calling your name — even if you’re bound to your very own concrete jungle home.

Shop some shell-inspired jewelry for yourself, here.

More like this
Serena Williams Looked Like Royalty In A Bodycon Velvet Dress
By Allie Fasanella
How To Wear A Bucket Hat Like Rihanna, Dua Lipa, & More
By Allie Fasanella
Pandora’s New Collection Is A Real Work Of Art
By El Hunt
32 Chic Plus-Size Outfits That Will Level-Up Your Fall Vibe
By Dominique Norman
Get Even More From Bustle — Sign Up For The Newsletter

This article was originally published on Feb. 8, 2022