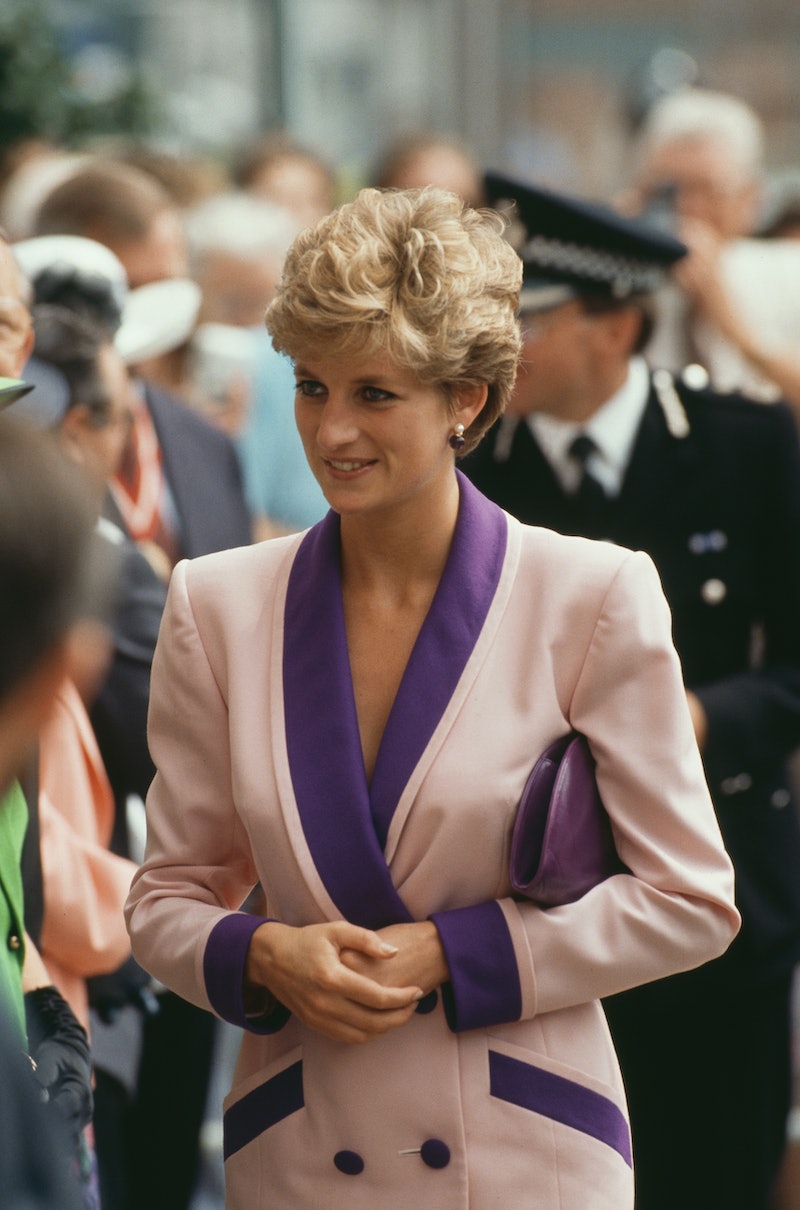 The late Diana, Princess of Wales had many hairstyles, but she is perhaps best remembered for her ’90s haircut: a modernised version of the familiar mushroom of her early days in The Firm and less bouffant take on her “Dynasty Di” vibes of the late ’80s. The iconic hairstyle was the work of legendary hairstylist Sam McKnight, who recently revealed the (rather surprising) story behind the iconic hairstyle.

Speaking in British Vogue’s “Vogue Visionaries” YouTube series, McKnight spoke about the funny start to the hairstyle. It was in fact, sort of a joke. “The first time I met the Princess of Wales was on a shoot, this leggy blonde comes bouncing up the stairs, sticks her hand out, smiled, and made us all melt, and it was Princess Diana,” he recalled. The Princess of Wales was being photographed by Patrick Demarchelier for the fashion bible. “We had a really lovely day.”

“She wore a tiara and I made her hair look short under the tiara. This was 1990, I made it look short... I faked it a bit. At the end of the day, she said, ‘What would you do with my hair if I just said do anything?’” His reply? “I would cut it all off and start again.”

What happened next was yet another surprise for McKnight. “She said, ‘Well, why don’t you just cut it off now?’ So I cut it off then and we never looked back,” he explained. “That was it for a few years.” McKnight continued to style the princess’ hair until her death in 1997, including on that 1997 Vanity Fair cover.

Though the haircut itself might have been quite spontaneous, it was perhaps more in line with the way the trends were leaning given the new decade, McKnight explained: “It was the beginning of the ’90s and it was at the time that I was doing lots of shows and covers and a lot of the girls had short hair and we were moving from the sort of big frou-frou ’80s into the sharp, more androgynous, business chic of the ’90s.”

This haircut defined the new era, but also marked a moment of “pure liberation” for Princess Diana. She says as much in an interview which featured in 2017’s Diana: In Her Own Words documentary. When asked about the “turning moments in life that turned you from victim to victor,” Diana responds, “I suppose last summer when Sam cut my hair differently; it let out something quite different.” Never underestimate the power of a good haircut.

Speaking about the Princess’s new look, Linda Wells, the founding editor of Allure who worked at Vogue when Diana married into the royal family, told The Cut, “It was like she was stripping away the excess, like it wasn’t such a weight on her.”

Did she ever consider going long? According to McKnight, she never really considered it. It would have been “too princess-y,” he said. But also because the People’s Princess understood her own power: “She knew that people wanted to see ‘Princess Diana,’ so that’s what she gave them,” said McKnight.