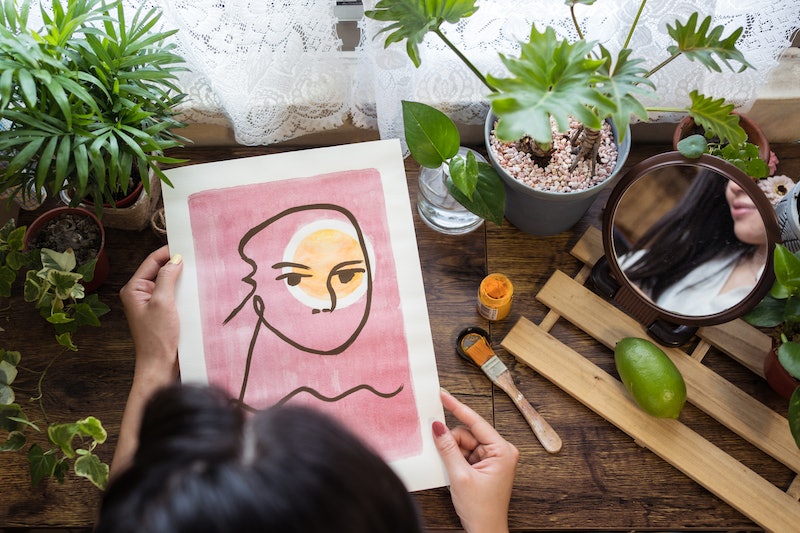 "Mental illness is often misunderstood and inaccurately characterized, particularly a diagnosis such as bipolar disorder," Dr. Madeline William, PsyD, a psychologist who treats patients via telehealth app LiveHealth Online, tells Bustle. "In the same manner that ADHD and OCD are often normalized or misinterpreted, it is probable that you’ve overheard someone saying, 'I am feeling so bipolar today.' However, bipolar disorder is not a single action or feeling. It is a chronic disorder characterized by one of two specific patterns of emotional, behavioral, physiological, and interpersonal dysfunction."

Part of understanding mental health issues is putting aside your preconceptions and separating fact from fiction. Here are seven myths about bipolar disorder and the actual reality behind them.

Like many mental health issues, bipolar disorder tends to be misunderstood, but dispelling these myths can help us better understand the illness — and people who live with it.

More like this
What To Know About Taking More Than 1 Piriteze Per Day
By Bustle UK
11 Benefits Of Cross-Training
By Carolyn Steber
Lance Bass Says This Workout Machine Has Changed His Life
By Kaitlyn Wylde
6 Full-Body Tabata Workouts, Straight From Trainers
By Carolyn Steber
Get Even More From Bustle — Sign Up For The Newsletter

This article was originally published on July 17, 2018