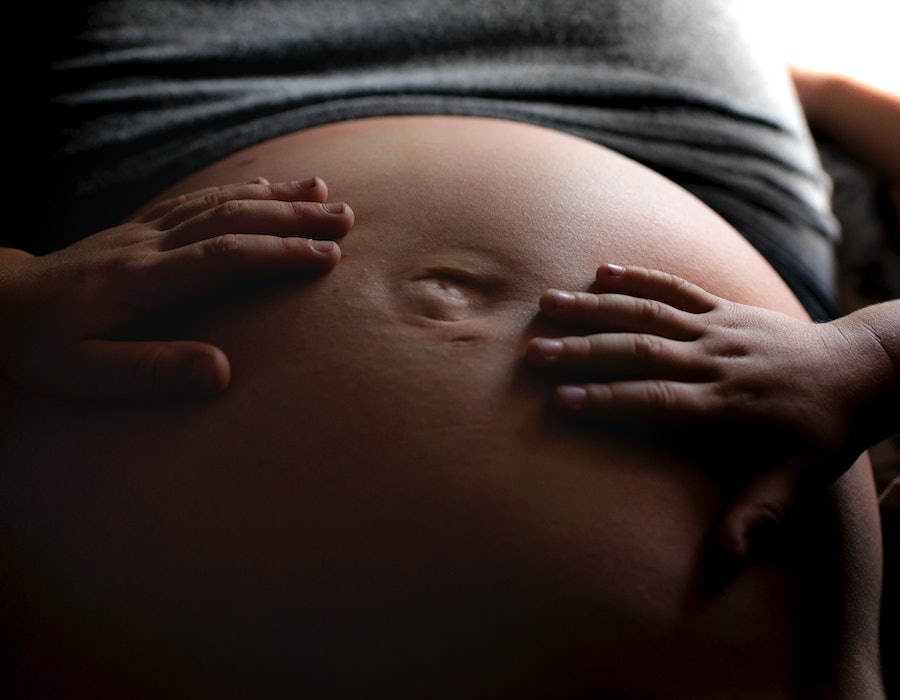 In the fall of 2019, California couple Daphna and Alexander Cardinale welcomed a baby girl with the help of IVF. An “instinct” that something was off led to genetic testing, which uncovered that the child Daphna gave birth to wasn’t actually theirs, according to CBS. Their fertility center disclosed that another couple — who had transferred their fertilized egg around the same time — had carried and birthed the Cardinale’s baby. In January 2020, the couples swapped their 4-month-olds to live full-time with their biological parents, a November 2021 lawsuit revealed.

This tale of switched at conception might sound like something out of Jane the Virgin, but according to Alease Daniel, a North Carolina-based embryologist, the mishap is neither as rare nor as surprising as you’d think. “Embryo and sperm swaps are the result of embryologists being stretched too thin,” she tells Bustle. “Fully trained embryologists are few and far between.”

Since the first baby conceived through IVF was born in 1978, more than 8 million people globally have been born using the technology, though success rates per cycle are still below 50%. As of 2018, a third of Americans have either used IVF or know someone who has, according to a Pew Research report. Per Crunchbase, venture capital funding for fertility startups increased by 89% over the past year, despite an overall birth rate decrease. While an embryo swap is perhaps the most extreme example, for prospective parents undergoing treatment, there are a number of difficulties, inefficiencies, and errors that a slew of artificial intelligence-powered IVF startups are hoping to address.

Is Human Error A Substantial Risk In IVF?

In an IVF cycle, a trained embryologist studies sperm and eggs to detect viable candidates for successful fertilization. Using a hair-thin needle, a microscope, and a steady hand, they combine healthy sperm and eggs to create embryos, which they then transfer to the uterus. “As long as humans are doing this work, there's never going to be a 0% error rate,” Daniel says. “A computer isn’t going to get tired doing the same job every day. It’s not going to drink too much coffee and get shaky hands and screw up.”

According to Mohamed Taha, Ph.D., CEO and co-founder of Mojo Fertility, a startup that offers at-home semen collection and AI-powered analysis, technicians may get in the way of IVF yielding a higher live birth rate. “Even the slightest error could lead to an egg — which is a very scarce cell — getting ruined,” says Taha, who is also a nanotechnology researcher from École Centrale de Lyon and longtime health care sector investor.

Errors aside, IVF has room to improve writ large, says Taha. “There’s [an] unnecessary emotional and financial burden with traditional IVF.” He notes that there’s a 75% chance that a first IVF cycle will not result in pregnancy, as it’s typically exploratory. While the success rate for women under 35 using their own eggs has risen from 23.5% in 1982 to 48.6% in 2019, per the Society of Assisted Reproductive Technology, it typically takes at least two to three rounds of treatment for a successful pregnancy. Each round can cost $12,000 to $17,000 out of pocket, according to the National Conference of State Legislatures, which tracks state laws regarding insurance coverage for infertility treatment. The cost of IVF is driven up by the fact that embryologists — who require a bachelor’s degree followed by two to three years of on-the-job training, often after starting out as andrologists — are hard to come by.

Kathryn, 27, a health care coordinator from Florida who’s been trying to conceive through IVF for two years, adds that her experience has been “too hard.” "If you're going through IVF, you've already been waiting too long to grow your family, so all of the holdups — waiting on labs [and] paperwork, appointments, results — are just delaying you more than you can afford," she tells Bustle. "I once had to wait five days for a semen analysis, when I know it takes a few minutes, and it was because the lab was backed up."

How Exactly Can AI Improve IVF?

While both maternal and paternal (or donor) age is the biggest challenge in finding healthy sperm and eggs, preemptive fertility care and technology can improve families’ chances of conceiving with fewer trials. At Mojo, Taha is using AI to increase IVF success rates in a few ways. On the back end, the company is building a platform that relies on a high-powered microscope and robotics to find the most viable sperm and eggs. On the consumer side, Mojo offers semen analysis kits. For $150, men can discreetly produce a specimen at home, and have the Mojo team pick it up for a fast and detailed assessment. (The service will only be available in Sweden and London, England, in 2022.) This process also helps improve their internal product: The more data the platform collects, the better it can get at understanding how to find viable sperm, and the faster it can do so. The at-home tests are also intended to influence a younger demographic of men to consider their fertility. “Younger frozen sperm means a higher probability to conceive healthier babies, especially when combined with older eggs,” Taha explains.

From there, Mojo hopes to use robotics to fertilize viable eggs and sperm for a fraction of the cost of traditional IVF clinics and storage centers. In The WIRED World 2022, the magazine’s annual trends forecast, Taha claimed his robot “can do in four minutes what it takes a skilled lab technician 30 minutes to do.” He tells Bustle that “robotics will reduce the cost of running a clinic dramatically,” noting that a computer takes up far less space than a lab requires. “In a few years, IVF could be a subscription service that many people have, like Spotify, where you pay an affordable monthly fee to have sperm, eggs, or embryos frozen.”

“A computer isn’t going to get tired doing the same job every day. It’s not going to drink too much coffee and get shaky hands and screw up.”

To Daniel, AI’s influence on at-home testing kits won’t impact IVF success rates as much as they will get the ball rolling faster for people looking into their fertility. "Semen analysis is actually pretty cheap, and when bringing a sample into the lab it takes about five minutes to do the analysis by a person. It doesn't sound like AI is doing this much faster," she says.

While Mojo’s at-home testing kits don’t necessarily correlate with a higher chance of the tested couple conceiving, the test itself contributes to higher success rates in IVF for all. “If men tested and froze their healthy sperm in their 20s or early 30s, we could suggest using frozen healthier sperm rather than DNA-damaged sperm. [...] This translates not only in helping improve IVF rates but also could help ensure healthy families,” Taha says, adding that hardier sperm can reduce the risk of miscarriage as well.

Other fertility startups are coming to rely on AI for its precision. There’s Mira, founded in 2018, which helps women more accurately plan conception by using at-home lab-grade hormone tracking to detect ovulation. Alife, founded in 2020, is a software program that uses data from past successful IVF trials to look for winning patterns in viable sperm and eggs.

At Life Whisperer, a cloud-based application founded in 2016, AI assists embryologists in evaluating embryo quality and the likelihood that one will lead to a healthy, full-term baby. “The technology helps embryologists decide which embryo to transfer to the patient, in order to pick the best one first and save needless IVF treatments,” Michelle Perugini, PhD, the company’s co-founder and CEO, tells Bustle. “The program is as simple as dragging and dropping embryo images from standard laboratory microscope systems onto the web app, for the AI technology to analyze the images and score them, in seconds.” The result raises the success rate of viable specimens to over 70%, Perugini says.

For Daniel, the most profound way she can see AI improving her work is with patient identification and verification to eliminate the risk of mixups. That said, she notes the cost of existing products is prohibitive, citing one clinic-facing solution that costs around $50,000. She adds that intracytoplasmic sperm injection (ICSI), a technique commonly used with male infertility where a single sperm cell is injected directly into an egg, could also be improved with AI technology, since otherwise it’s done by hand.

Is AI The Future Of IVF?

At Mojo, Taha says the goal is not just to improve the reputation of IVF over the next decade, but also to make fertility a responsibility that men and women share equally. “It’s sad that a couple goes through IVF before looking at sperm," he says, noting that the majority of people he speaks to didn't diligently investigate male infertility before proceeding with IVF. (Daniel notes that a preliminary semen analysis isn’t always conclusive, especially when it comes to DNA fragmentation, which is common with age.) Taha’s goal is to take the burden off women and the taboo off men so that they feel comfortable looking into their fertility long before their journey to family planning starts. “There’s so much pressure on women to know themselves early and none on men until much later,” Kathryn adds. Pointing to the significant decline in men’s sperm concentration over the past half-century, Taha notes that “Fertility is not something to be taken for granted and too often couples wait until there is a problem to start trying to solve it.”

While it will be years before clinics sign off on enough research and data to widely implement AI technology in fertility treatments, Daniel is hopeful AI programs will “supplement human work” to reduce errors significantly, adding that the prospect of a machine taking over her job, even eventually, is “scary.”

Fears of singularity aside, high-tech data-driven tools and robotic precision will serve as invaluable assets to clinicians, increasing success rates, Perugini says. “AI has a strong future in IVF and high likelihood to augment the standard of care, due to its objectivity and predictive power.”

But for the moment, we’re still in the “Wild West days of the American fertility industry,” as Adam Wolf, the attorney for the Cardinales — the embryo swap victims — said in a Nov. 9 press conference. And though Kathryn says she doesn't know much about AI, she would not be opposed to utilizing it. "If a computer can do it better than a human, what do we have to lose?"

More like this
This Psychological Effect Might Be Keeping You From Hitting Your Goals
By Lexi Inks
19 Latinx Therapists & Mental Health Experts To Follow On Instagram
By Kaitlyn Wylde, Naydeline Mejia and Lexi Inks
Here's How Cardio & HIIT Affect Your Body Differently
By Carolyn Steber
My Honest Review Of Rumble Boxing
By Carolyn Steber
Get Even More From Bustle — Sign Up For The Newsletter