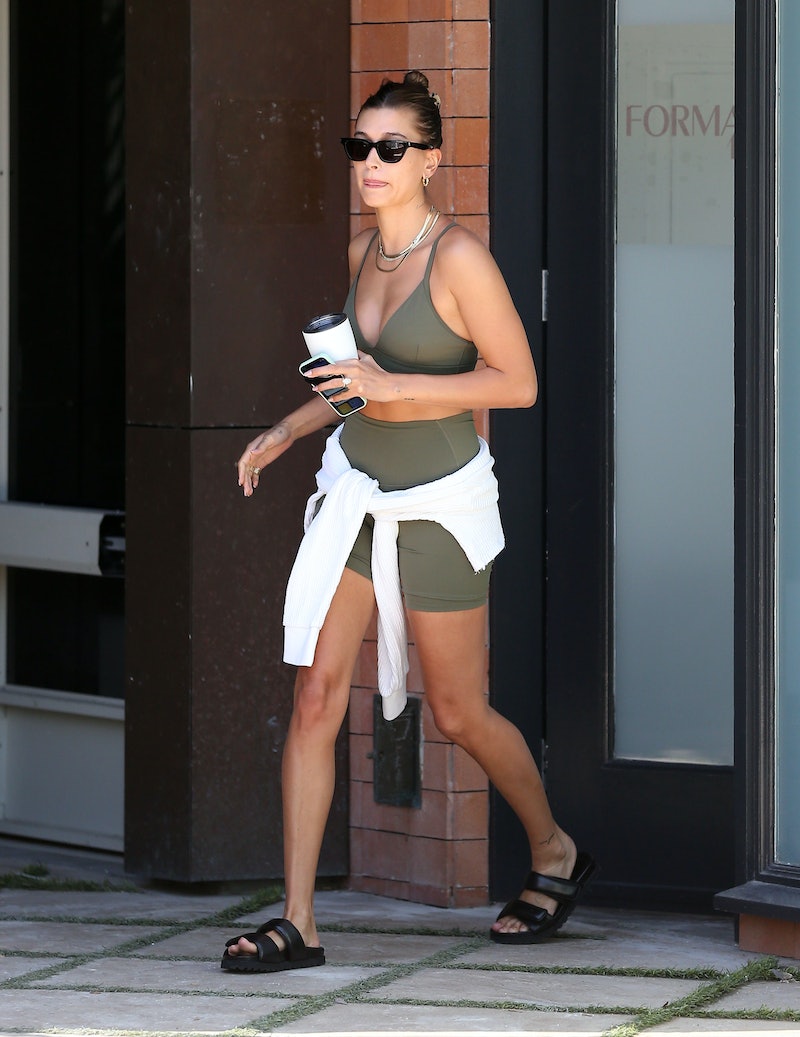 You don’t have to be fully ingrained in the Hollywood scene to notice that Pilates is a beloved workout among celebs. Since it opened in April 2020, A-listers like Hailey Bieber, Kendall Jenner, Ariana Grande, and Sofia Richie have been posting sweaty selfies at Forma Pilates in particular, a boutique studio tucked away in the West Hollywood neighborhood of Los Angeles.

In under two years, the studio — founded by trainer Liana Levi — has more than doubled in size. Aside from her (poolside) home location, Levi has two other workout spaces and eight instructors. Forma isn’t only for celebrity clients, but it is pretty exclusive: It’s referral only and classes are kept intimate. A semi-private session (where two to four friends can work out together) costs $100 per person, whether you take from her or one of her handpicked instructors. Her privates run $300 plus.

I'm a long-time Pilates student and a certified instructor myself, so I’m biased — but I really do believe that it’s one of the most effective lengthening and toning workouts there is. So when I got the invite to check out LA’s most in-demand studio, I jumped at the chance.

Inside The Forma Pilates Studio

I pulled up to a quiet street in one of LA’s residential neighborhoods and texted the concierge (yes, it has a concierge) that I was out front. I got buzzed in and walked around back to the converted pool house studio. Levi, who looked effortlessly cool in a white cropped long-sleeve, black leggings, and Nike sneakers, greeted me with a warm smile and the most impressive six-pack I’ve ever seen in person. Immediately I thought: “This girl is going to kick my butt.”

The sleek but somehow still cozy all-black studio holds three reformers and three Pilates chairs, all positioned in front of a sliding door that opens right up against the pool. With a lit candle on the table, a mini-fridge stocked with beverage options (Kollo cold brew, Apres vegan protein shakes, and still and sparkling water, to be exact), and a ’90s R&B playlist softly bumping in the background, I immediately felt at home, kind of like I was at a girlfriend’s house. But neatly folded stacks of Forma-branded towels and a basket of coordinating grip sock merch (both accented with Forma’s signature mauve pink color) reminded me I was there to sweat.

Lucky for me, Levi had invited a friend to join us so that I wouldn’t be tortured alone. She started the 60-minute session by handing me a pair of pretty pink weighted stability balls for what I thought was going to be a breezy ab warm-up. Ten minutes in and my core was on fire, but we were still going. Each exercise had multiple variations (so, for example, we went from simply pulsing through the abs before layering on arm movements and oblique twists without resting) and a ridiculously high number of reps. As I was struggling to make it through, I recalled her mentioning how exceptionally strong her clients are. I was starting to understand why.

We wasted no time moving on from abs to booty work, the two biggest themes of the class. I give her points for creativity: She utilized a variety of props and apparatuses to challenge our muscles throughout the hour. We quickly transitioned from an ab sequence using stability balls to hip thrusts with the ring, side-lying booty and bungie work with the band, squats on the tower, and beyond. Each series resulted in a bigger burn and required more coordination than the previous one. We ended the class on the chair for an intense round of (what felt like 100) pikes. The session moved so quickly that I barely had time to complain (but believe me there were times when it hurt so good that I actually felt like crying).

On my way out of the studio, I spotted the oversized outdoor selfie mirror that I had seen reposted so many times on the brand’s Instagram account. It almost felt mandatory to snap a quick pic of my own to commemorate the workout. Even though my midsection was sore in all new places for days after the session, I’ll be going back for more. I’m fully convinced that Levi’s burnout approach to abs and glute work — on top of its tight-knit community vibe — is exactly what sets the Forma Pilates method apart.

You don’t actually have to live in the LA area to experience the workout yourself. Forma’s online program costs $49.99 a month and offers its signature Pilates classes in both equipment and mat-based formats, so you can stream them from home for a serious sweat. Fair warning: You will feel muscles in places you never knew existed before.