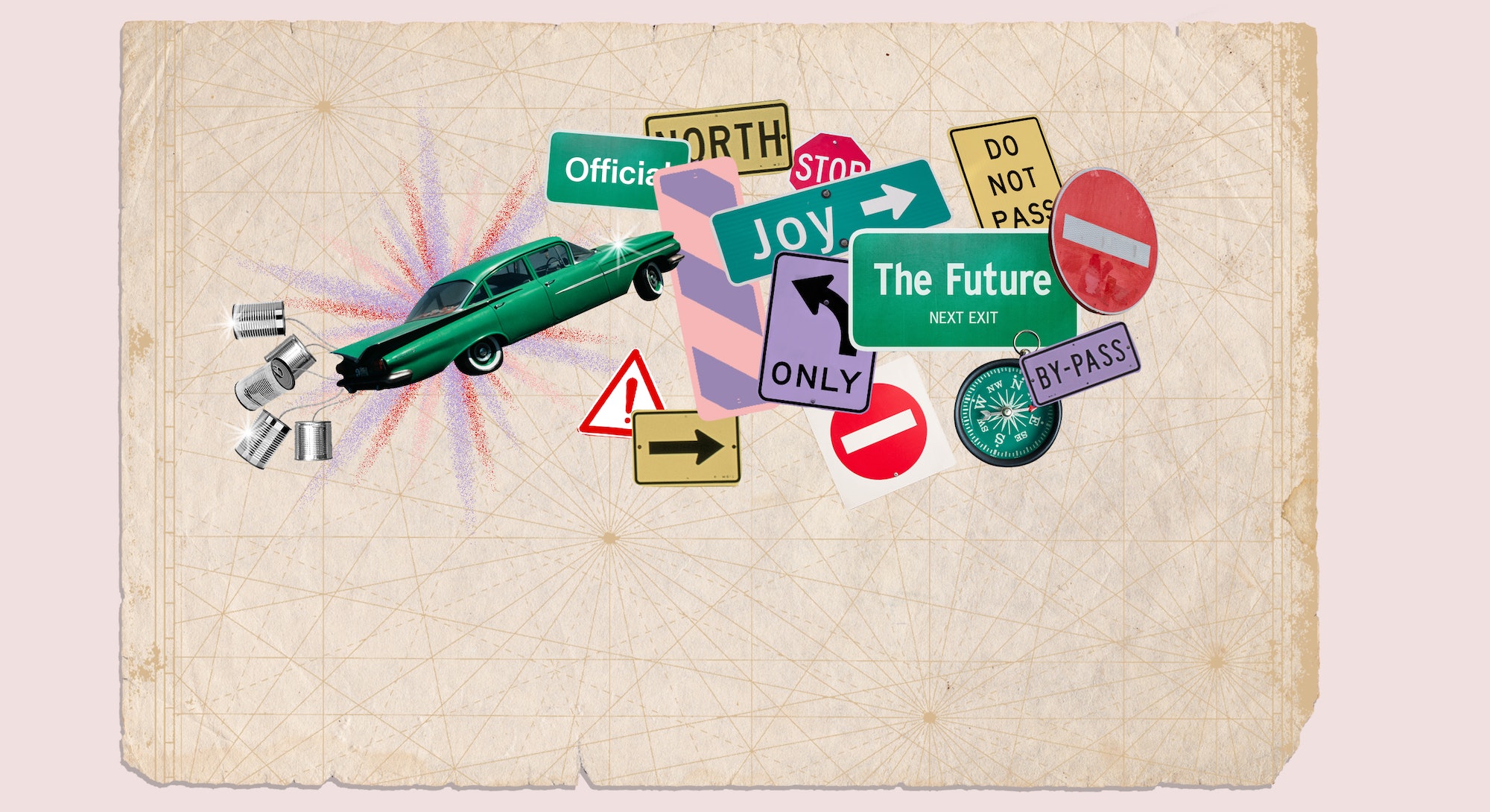 So, you found somebody you’re into — and you’re pretty sure they’re partner material. The next step, if you chose to take it, is making it official. But what does “official” even mean, and how do you know when it’s time to bring it up?

The answer is maddingly vague and entirely subjective. At a minimum, “making it official” means both of you agreeing upon some dynamics of your relationship — no more assumptions and guesswork! — but only the two of you can decide together what “serious” looks like. Is it exclusivity and fidelity? Is it financial transparency? Is it being trusted with the passcode to your partner’s phone?

In order to write your own recipe for success, there are some common sense steps you can follow to ensure that you’re asking the right questions of yourself and of them. Taking a step towards a committed relationship can be scary, but remember: the goal is just to be on the same page. So, here’s your roadmap to making it official, according to relationship experts and people who have charted those confusing-but-exciting waters themselves.

OK, But What Does “Official” Even Mean?

It’s the “what are we” or “DTR” talk: While dating is all about getting to know one another, “official” happens when you have a conversation about what you are and what relationship rules you both agree on, says Philadelphia-based therapist Jennifer Seip. What matters most is that the two of you are on the same page, says Amber Kelleher-Andrews, a relationship expert, celebrity matchmaker, CEO and co-founder of Kelleher International.

For example, Kelleher-Andrews says, you might think you’re official when you enjoy your time together, you see yourselves as a couple, and you’ve discussed your relationship’s future and are ready for a commitment. On the other hand, your partner might want a more formal announcement to friends and family. You won’t know there’s a discrepancy there until you talk about it.

“Whatever actions you’ve decided to attach to the word ‘official,’ this should be done in partnership, as a couple and with clear definitions and expectations of what it means,” says Kelleher-Andrews.

TL;DR — Work out what version of an “official” relationship you want. Be specific and avoid assumptions. Ask questions of yourself, and eventually, your partner.

How Do You Know When To Make A Relationship Official?

Chemistry may make relationships fun, but shared values — and a similar vision for the future — make them last. Before you seal the deal, Kelleher-Andrews suggests making sure you’ve got enough common ground with your partner to have a healthy long-term relationship.

But keep in mind that shared values aren’t the same as having all the same personality traits or interests. For Lydia, a 29-year-old speech therapist in Arkansas, similar “life rhythms” were one of the most important factors in creating a future with her current partner. “We’re pretty different personality-wise, but we loved to spend our downtime, money, and energy the same way,” she says.

Questions: Do we have the same moral code? Do we think the same things about family? Do we like to spend our time and money in similar ways? Are we on the same page about the boring stuff?

2. You Have Similar Goals

Making it official doesn’t mean you have to marry the person, but if that’s what you know you want eventually, there’s no reason to spend time in a relationship if you don’t see that potential, says Kelleher-Andrews. One way to gauge if your relationship could work out for the long-haul, says LA-based therapist Amber Robinson, is to figure out if you share a vision for the future — which includes your goals.

You don’t have to decide how many kids you want, for example, but knowing if the other person even wants kids is helpful info. And while you don’t have to start picking out engagement rings, you may want to know whether the person you’re dating even wants to get married, and how long they’d want to wait before making it legal.

These questions might seem premature, but they can help you look past your initial chemistry and into the future. Plus, you can ease the pressure (on yourself and your significant other) by talking about things like marriage and kids generally. So, not your eventual marriage or your future kids — the abstract kind! And if a gentle approach like that is still too much for them, well, that might be your answer.

3. You Can Envision A Future Together

Bri, a 36-year-old academic advisor, has been married to her husband for 11 years. They became fast friends in college, but they didn’t entertain the possibility of a romantic relationship until after they both graduated. Bri had a feeling for a while they had a spark, but she could picture a future together when he volunteered to take care of her after an injury a month after they’d started dating.

“When I had surgery on my ankle, he stayed with me overnight in the hospital and took care of me, which showed me he was committed,” Bri says. “Someone helping you shower while you stick one arm and one leg out of water is certainly an intimate and vulnerable situation!”

Questions To Ask: What is my gut saying? Can I be vulnerable around them?

Erica Alter, a Brooklyn-based therapist, says a long-term relationship should ultimately make your life better. That’s true for Jess, a 33-year-old in Oregon. When she started dating her current partner, who has a young daughter, she wanted to make sure the relationship could work out before making things official. It was pretty clear within a few months, she said, that things were headed in a potentially serious direction.

“We are both in our mid-thirties, so we had a pretty clear idea of what we were looking for in a relationship, and I think we both saw those things in the other person fairly early on,” Jess says. “I knew I wanted to make things official when I felt like I could fully be myself around him, and he still accepted me.”

5. You Feel Sad When You Think About Stopping

Do you feel excited to see the person you’re dating, find yourself thinking about them a lot when you’re not together, or wonder how they feel about you? Alter says those are pretty good signs there’s something more there.

Allie, a 29-year-old writer from Philadelphia, says things clicked for her when she realized she didn’t want to stop hanging out with the guy she was dating. “We had spent Valentine’s Day together, and I was like, ‘OK, I really don’t want to stop seeing him,” she says. Shortly after, she was scrolling through Twitter and found someone looking for custom framing for a piece of artwork, which is what her boyfriend does for a living. “He said something like, ‘Tell them your boyfriend does framing,’ and I asked him if he really wanted me to use the word ‘boyfriend,’ and he said yes,” Allie says. “We’ve been official for three years.”

Questions To Ask — Could I live my life without this person? If no, what am I willing to compromise on to get there?

How Have The DTR Conversation

Once you decide you’re ready to commit, pat yourself on the back — the hard work of finding someone and testing the waters are behind you. The next step, Seip says, is to have a frank conversation about what you’re feeling, ensuring you’re on the same page, and together, determining the parameters for your relationship. Do you want to be exclusive and monogamous? What boundaries and guidelines will you have? What are possible red flags that things might not be going where you’d hoped? Focus on specific changes you want, rather than than an unspecific notion of “being official.”

One thing to be aware of: do not have the conversation when you’re angry. “Far too many, relationship defining talks are initiated because one of the parties is upset about their nebulous relationship status,” Demetrius Figueroa, founder of A Mighty Love, previously told Bustle. “Have the conversation that you both want to have, not a conversation one of you wants to have because you’re angry.” Instead, find a time when you’re both calm and have enough time to chat things through. Also, think about how you’ll respond if they don’t give you the answer you want to hear. Will you be ok with that? Set your own boundaries first and foremost.

There’s no perfect formula for a healthy, long-term relationship, and just like people change, relationships can, too. But by setting a strong foundation of communication, trust, and respect from the get-go, you and your partner can give yourself the best shot possible to make it work.