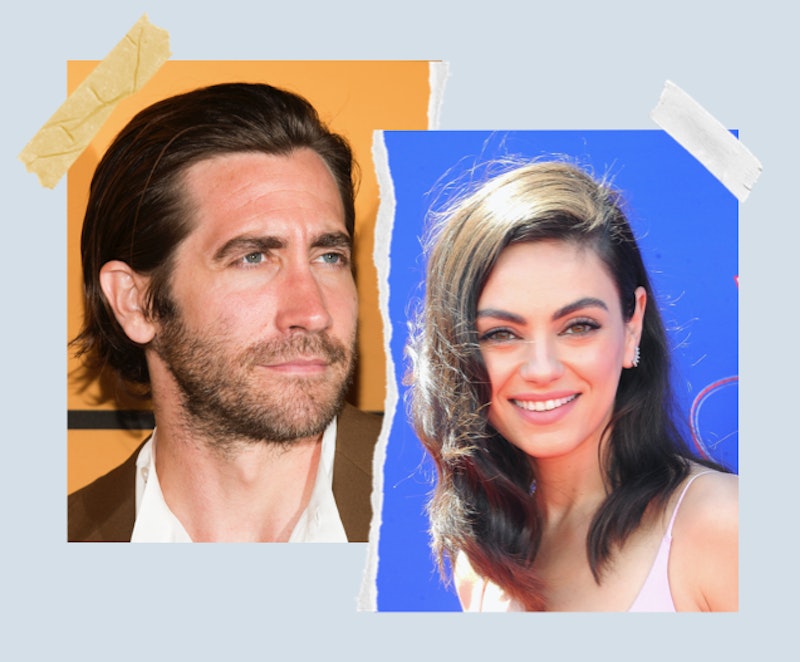 Celebs: They’re just like us — or are they? Kristen Bell, Jake Gyllenhaal, Ashton Kutcher, and Mila Kunis have all revealed in recent days that they don’t find it all that necessary to fully bathe themselves or their children every day. Bell said on The View that she was a big fan of “wait[ing] for the stink” when it comes to bathing her two children, while Gyllenhaal told Vanity Fair, “More and more I find bathing to be less necessary.”

The internet, predictably, reacted in horror, with other celebs feeling the need to share where they stand on the to-shower-or-not-to-shower debate. (Jason Momoa and the Rock: vehemently pro-shower.) But experts call for a little bit of empathy for the sporadic bathers among us, noting that not showering every day has both upsides and downsides.

“Rinsing your skin with water or soaking in a tub of water does not hurt your skin and is usually hydrating,” dermatologist Dr. Blair Murphy Rose, M.D. F.A.A.D., tells Bustle. “However, excessive cleansing or long exposure to hot water certainly has negative effects.”

Why Showering Too Much Can Be Harmful

According to 2017 research from the Genetic Science Center at the University of Utah, there is evidence to suggest showering too regularly actually harms the human microbiome, wiping out the balanced ecosystem of (harmless, and even helpful) bacteria we carry on our bodies. A study published in Frontiers in Immunology in 2019 found that the skin microbiome plays a big role in the immune system, because it identifies pathogens and bacteria when they land on the body. Washing that away too often means the immune system can’t learn to fight off those nasties. An imbalance of your skin’s microbiome could also cause rashes or breakouts, according to research presented at the 2017 Microbiology Society Annual Conference.

Another way excessive showers can hurt your skin health is by messing with your skin barrier, says Dr. Murphy Rose. Daily soapy showers can strip your skin of its natural protective lipids — fatty acids that naturally deflect nasties — and alter its pH, potentially making you more susceptible to infection, she says.

Gyllenhaal seemed to acknowledge this in the Vanity Fair interview. He continued, “There’s a whole world of not bathing that is also really helpful for skin maintenance, and we naturally clean ourselves.”

If your response to that is "Science is good and all, but I like to be clean," remember there are loads of cultures around the world where showering daily isn't the norm. A 2015 Euromonitor poll showed Americans are about average when it comes to how often we shower, doing so more often than folks from China, Japan, and England, but less often than people from Brazil and Colombia.

How Often Do You Really Need To Shower?

Of course, there are times when you should always shower, no matter when your last one was — like after the gym. “Body odors form naturally as a result of bacteria on the skin breaking sweat down into acid,” Dr. Aishah Muhammad, M.D., pediatrician and personal trainer, previously told Bustle. “By not washing while continuing to sweat, bad smells will just get worse and worse.” Dr. Muhammad added that breakouts can occur as a result of not washing and letting sebum and bacteria build up.

Family and emergency medicine doctor Dr. Janette Nesheiwat, M.D., has a good rule of thumb for how often to shower. “If you are someone who sweats a lot, has a history of bacterial infections, works out daily, or works in a high-risk environment [such as a school teacher or healthcare provider] then it’s best to shower daily to prevent infection and to prevent the spread of infection," she previously told Bustle.

For many people, Dr. Murphy Rose says, everyday washing really is too much. “Washing your skin with soap or body wash too frequently causes irritation and dryness.” Instead, she suggests taking notice of what your body’s doing and how it reacts to the world around it. If you get itchy or notice B.O. or clogged pores, experiment with washing times. The face, underarms, genitals, butt, and feet all attract bacteria and should be washed regularly, she says.

While no one, even Jake Gyllenhaal, is suggesting you stop showering completely, James Hamblin, an editor at The Atlantic, took that plunge for all of us in 2016. At first, he was "an oily, smelly beast," but as he continued the experiment, showering and using deodorant less and less frequently, his body evened out. He explained, "I mean, you don’t smell like rosewater or Axe Body Spray, but you don’t smell like B.O., either. You just smell like a person." By the end of his experiment and beyond, Hamblin stopped using deodorant altogether, doesn't use shampoo or body soap, and "almost never [gets] into a shower." He does, he noted, still regularly wash his hands. Hamblin’s since published a book, Clean, based on the experience, arguing that handwashing is crucial but daily soapings may not be.

You don't have to follow in those admittedly extreme footsteps, but the evidence does suggest less frequent showering equals a healthier body microbiome, and that allowing our good ol' bacteria buddies to flourish is perfectly OK.

More like this
Here's How Often You Should Stretch To Improve Flexibility
By Carolyn Steber
How Many Burpees Should You Do Per Day? Here’s What Fitness Trainers Say
By Carolyn Steber
The 11 Benefits Of Aerial Yoga, According To Trainers
By Carolyn Steber
All The Reasons Your Gums Bleed When Brushing Your Teeth
By Carolyn Steber
Get Even More From Bustle — Sign Up For The Newsletter
From hair trends to relationship advice, our daily newsletter has everything you need to sound like a person who’s on TikTok, even if you aren’t.

This article was originally published on Dec. 21, 2017