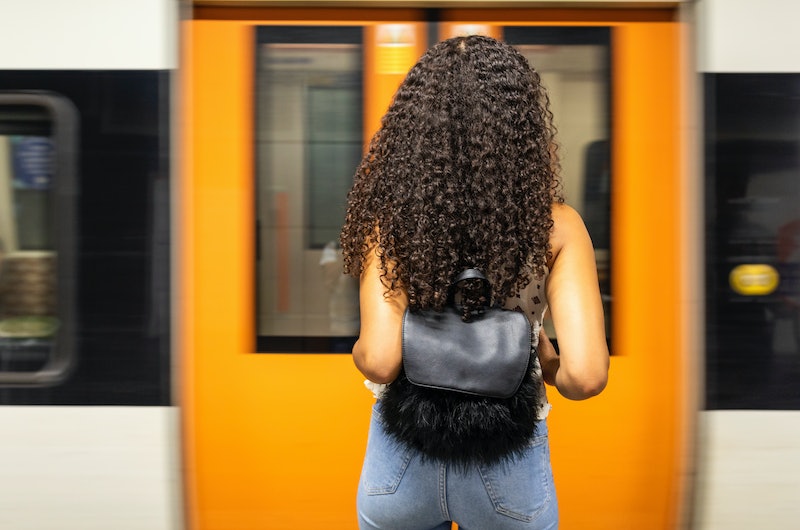 If you’re anything like me, you’ll run through a checklist before you leave the house. Phone? Yes. Keys? Check. Purse? Accounted for. However, over the last six months two more things have been added to the list: hand sanitiser and a face mask. It’s become the norm to see people shopping with their faces covered and, if you don’t, you could be fined £100 (soon to be raised to £200 in England). So, who is exempt from wearing a face mask?

Wearing a face covering isn't the most comfortable thing in the world. However, for some people, it may cause physical or mental harm. Being sensitive to why people may not be wearing a mask is so important. Here are the government's guidelines and how that translates into the reasons why people may be exempt from wearing a mask.

What Do Government Guidelines Say?

The government has outlined that you should wear a mask when you’re in shops, on public transport, and other areas where you can’t socially distance from people. However, under certain circumstances people were exempt.

While this guidance is pretty clear, the government has also said:

Here is where things become a little unclear, and some people have questioned what exactly this means.

When the government announced that people were required to start wearing masks in most public places, some charities and organisations spoke up, pointing out that a mask may bring up difficult feelings for some people. As Stephen Buckley, the head of information at the mental health charity Mind, tells me, "While some people with mental health problems will be able to wear face coverings, for others it may cause them significant difficulty and distress. For some people living with anxiety disorders, covering their mouth and nose could be especially problematic, as they may experience breathing issues and panic attacks."

On their website, Mind outlines, “Some of us may find covering our face very hard, or even impossible to cope with. And for those of us with existing mental health problems, masks may pose extra challenges.”

The charity has highlighted some of the reasons why people experiencing mental health issues (namely anxiety, paranoia, dissociative identity disorder, and thoughts of self harm or suicide) may feel uncomfortable wearing a mask:

And anxiety surrounding wearing a mask can move beyond these factors also.

The Survivors Trust is a specialist rape and sexual abuse services charity working in the UK. They support thousands of survivors every year. They conducted a survey after the government announced guidelines for people to wear masks. They found that a third of survivors who responded said having their face covered or seeing other people with their faces covered was triggering for them. They explained that wearing a face covering can bring back memories of abuse, such as the feeling of having a hand covering your mouth or your face pushed into a pillow. The charity said that, while survivors of violence who struggle with wearing a face mask are exempt due to the fact that it causes them severe stress, it’s very difficult to explain this to people in public and law enforcement.

Am I Exempt From Wearing A Face Mask?

Knowing whether you’re exempt from wearing a face mask in public is extremely difficult for anyone else to determine as only you can make that decision. Gov.uk states that if you do decide you can’t wear a face covering then you don’t need to speak to your GP or get confirmation to do so from a medical professional.

Can I Get An Exemption Card?

Although those not wearing a face mask are not required to give any written evidence to explain their decision, the government website, as well as The Survivors Trust and the British Lung Foundation, among others, have produced graphics to help people create face mask exemption cards. These are designed for people who are worried about having to explain why they’re not wearing a mask and would rather have something to show people.

"It’s Important Not To Judge"

A key thing to remember, Buckley says, is that "it’s important not to judge people who are not wearing masks." He continues: "Lots of people are exempt from wearing them and it may not be immediately obvious why. Challenging or verbally assaulting someone over this is likely to negatively affect their mental health. It could set their recovery back or prevent them from leaving the house or going out to buy essentials.”