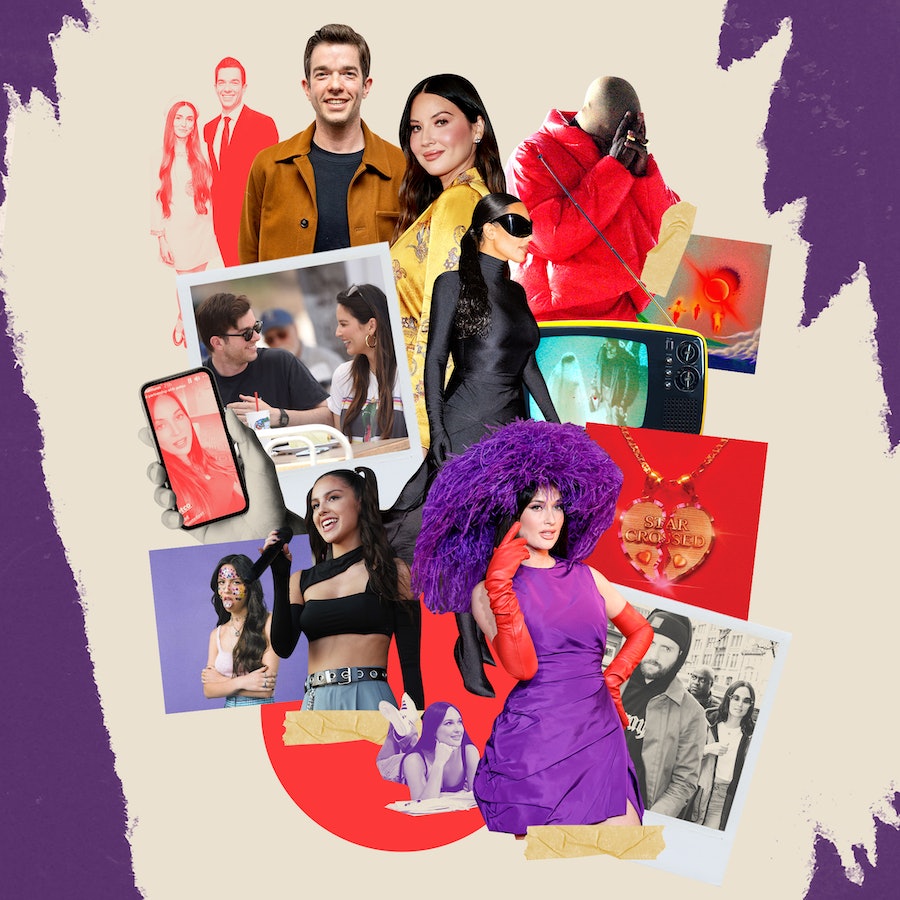 One night while falling asleep to the soothing scroll of my Instagram stories, I paused on an acquaintance’s re-post from one of those inspirational-yet-not-attributed quote accounts. It said something brief and philosophical about people revealing their true colors once you voice your needs (I don’t remember the exact phrasing, it was past midnight and also a year ago.) I responded with a thumbs-up emoji. Ten minutes later, my phone was buzzing away with a slew of DMs from her, containing blocks of text about a recent tumultuous breakup with a boyfriend who, not two weeks later, started dating someone new and was posting all about it. She was devastated. I found myself offering emotional support via DM several time zones away, to a stranger experiencing such heartache that she could not help but post a vague saying I happened to identify with in the moment.

I now realize that what I unwittingly succumbed to was the mysterious-yet-juicy allure of breakup content. Like a nosy moth to a melodramatic lamp, I could not help but interject myself into what was none of my business (someone else’s personal life) dressed up as something vaguely resembling my business (my Instagram stories feed).

Before social media, relationships were considered a private matter between the people involved, and for many folks, they still are. But now, relationships also serve as a great source for content — we closely follow the soft-launch lead-up, exalt in the eventual reveal, devour the coordinated TikTok dances, and like every perfunctory anniversary post. In other words, we love to love love!

You never really see breakup announcement posts though, do you? Unless you’re J.Lo and can instruct your publicists to craft an official media PSA that downplays the cheating rumors of your baseball boyfriend, or Gwyneth-enough to make your divorce a new trend. Most of us civilians don’t go around shouting about the cessation of our partnerships.

That’s not to say breakup content doesn’t exist, though; it does, maybe now more than ever before. Coming off the relationship-testing pandemic, divorce filings are on the rise as courts re-open, and 2021 has already seen the release of two all-time breakup albums from Olivia Rodrigo and Kacey Musgraves. Following the much-talked-about split from her ex John Mulaney, Anna Marie Tendler created a high-art photographic series of herself in the house they shared illustrating her sadness at the end of their relationship.

For others who do not necessarily yearn for the catharsis of creative exploration of their emotional process, the spiral of heartbreak can look a bit more... conspicuous. Besides, not all of us have the budget to produce a spanning visual album.

Breakup content doesn’t have a formulaic trajectory like couple content. Instead, information is doled out piecemeal in the form of vague indicators of poetic distress — earnest song lyrics, overly long captions, cryptic selfies — a general departure from one’s usual content beat. None of which directly addresses the source of implied crisis, all of which may be deleted soon after posting. Some people who actually know the poster may sense that something is up and reach out, but a majority of the audience may just continue scrolling, thinking “Hmm, I guess they finally got around to streaming Star-Crossed.” (Or if you’re cringe like me, send a thumbs-up reaction.)

Many of us in our rational minds would, of course, counter that you could just not post on social media when you’re sad. Being quiet is, after all, free. But the dissolution of romantic relationships is perhaps one of the most isolating experiences there is. As a society we place a lot of emphasis on the concept of soulmates and coupledom more generally. So, of course, the loss of that feels profoundly lonely. Relationships trigger some subterranean-level issues within us, and break-ups often force us to confront them wholesale. And whatever we are or aren’t disclosing in therapy can make its way onto one’s social media. These sad feelings tend to demand any form of release, and sometimes the most difficult time to reach out for help directly is when we’re at our most vulnerable. Hence, the vague subtweets about how you suddenly “get” Taylor Swift.

The saying “misery loves company” implies that unhappy people just want to bring everyone else down, too. But put in a more empathetic way, misery needs company to pull itself back up. Social media is absolutely not the most forgiving platform, but it can sometimes be the most available community to you in the moment when you see your ex posting some awfully cozy-looking stranger on their grid.

So when one of your mutuals tosses up a forlorn selfie on their Instagram stories soundtracked to the acoustic version of “Dreams” by Fleetwood Mac, it’s not necessarily an invitation to engage, but a hint that maybe they’re going through something. And maybe if you’re going through something too, it will serve as a point of connection and help both of you feel less alone. And then, blissfully, it will expire after however many hours, the way all intense feelings eventually do.