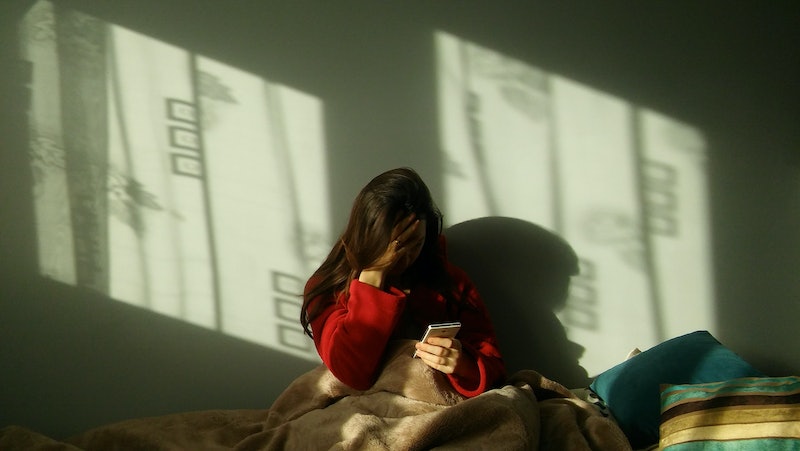 Cyberstalking, threatening messages, and unwanted explicit images are just some of the abuse young women regularly face when online, according to a new report. Research by Plan International found more than half of young women and girls have experienced online abuse in some form, sparking calls for more regulation on social media.

The detailed study, which spoke to young women and girls aged 15-25, found that around 20% of those surveyed had left social media and another 12% had adapted their use of it due to online harassment or abuse.

A 20-year-old from Sudan spoke to Plan International about how she received threatening messages. “I remember this one specific incident when I was young… I used to get a lot of messages from boys asking me to send nudes or blackmailing me about a picture that I posted that they’re going share it or edit it in a bad way and share it with everyone if I don’t do this or that," she explained.

Sadly this is not an isolated incident. Worryingly, of those who had been harassed, 47% had been threatened with physical and sexual violence. Plan International believes these kinds of gender-based attack works to silence young women's voices — especially if they are politically outspoken, disabled, Black, or identify as LGBTQ+.

"Rather than free and empowered to express themselves online, girls are all too often harassed, abused, and driven from online spaces," writes Plan International CEO AB Albrectsen.

They added: "Activists – including girls, young women and LGBTIQ+ young people campaigning for gender equality – are often targeted particularly viciously, and their lives and families threatened. Girls are being silenced by a toxic level of harassment."

The lasting impact of online abuse can be 'psychologically damaging,' states Plan International. Although harassment is particularly rife online, it's not a simple case of just switching off your phone. Social media can be incredibly important for staying connected with friends and family, keeping up to date with current affairs and job opportunities. As Plan International shares, 98% of the young women they surveyed are on social media and 74% post frequently.

Plan International is calling for social media companies to "take this issue seriously" and have launched an online petition. The charity is urging platforms like Instagram, Snapchat, and Facebook to "create effective and accessible reporting" and to also hold perpetrators to account.

More like this
Women Around The World Are Cutting Their Hair In Solidarity With Mahsa Amini
By Darshita Goyal
Chris Kaba's Family Continue Fight For Justice After Viewing Police Bodycam Footage
By Sophie McEvoy
19 Latinx Therapists & Mental Health Experts To Follow On Instagram
By Kaitlyn Wylde, Naydeline Mejia and Lexi Inks
Camilla Paid Tribute To The Queen In A Heartfelt Video Message
By El Hunt and Sam Ramsden
Get The Very Best Of Bustle/UK