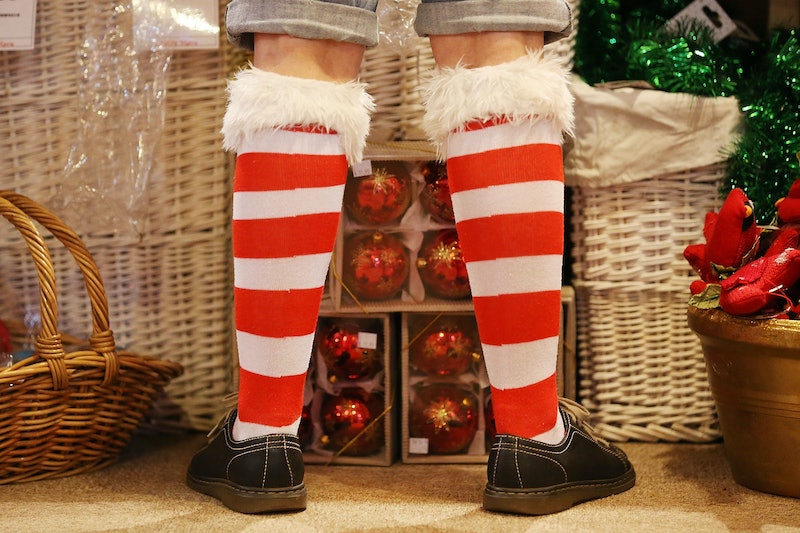 The latest in Urban Outfitters' ever-growing list of controversies: the brand introduced religion-themed socks, which isn't sitting well with Hindu leaders. Urban Outfitters created a selection of socks adorned with Jesus and Lord Ganesh, selling for $8 a pair.

The socks join an eclectic selection ranging from Urban's Funny Santa Knee-High Sock, with "Where My Ho's At?" emblazoned across the top, to the jaunty Fuzzy Animal Crew Sock, available in a choice of fuzzy penguin or panda.

However, a number of Hindus including president of the Universal Society of Hinduism Rajan Zed disagree with the use of the Lord Ganesh. The socks feature a brilliant red background with blue detailing, and the Lord Ganesh at the ankle. Based upon Zed's response to the product, the real problem seems to lie within the incorporation of Ganesh into an item of footwear than the use of the image on a consumer product. Zed says that:

Lord Ganesh was highly revered in Hinduism and was meant to be worshipped in temples and home shrines and not be wrapped around one's feet.

Zed claims that this usage is "inappropriate," and "hurt the devotees." No outcry has yet been heard from the the brand's Christian constituency, though the store's religious paraphernalia has garnered negative attention in the past. Urban's unwavering dedication to idiosyncrasy and bawdy humor suggests that a recall of the socks is unlikely, so if you're still searching for a truly unexpected holiday gift, Urban has you covered.