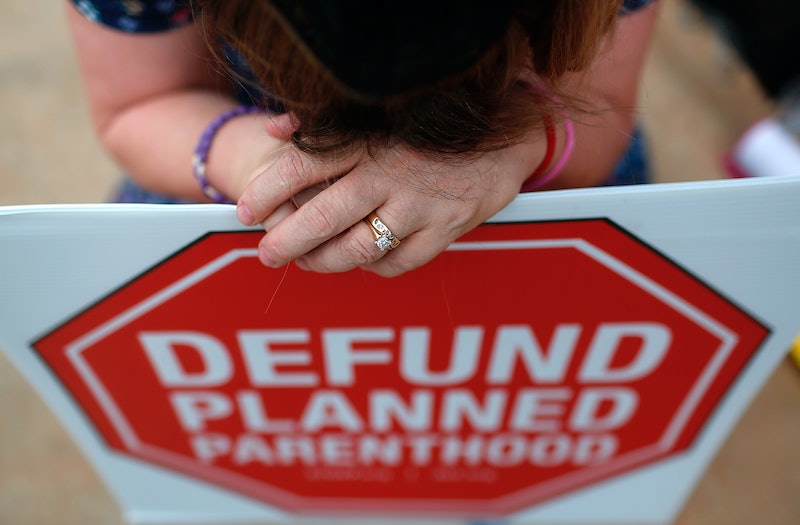 Despite allegations made against its clinic, Planned Parenthood is in the clear in Missouri after the state attorney general determined the health care center's St. Louis facility — the only location licensed to perform surgical abortions in the state — did not participate in illegal disposal of fetal tissue. The news coincides with Planned Parenthood President Cecile Richards' Wednesday testimony in front of Congress and supports her claim that allegations against the organization are unfounded and untrue. Missouri is now the seventh state to have conducted investigations into Planned Parenthood and found nothing to support claims that it acted unlawfully. Based on this and a close examination of the allegations, it is likely that the remaining states with pending inquiries will come to a similar conclusion.

Eleven states in total have called for investigations into their respective clinics, and so far seven of these states — Pennsylvania, Georgia, Massachusetts, South Dakota, Indiana, Florida, and now Missouri — have completed their inquiries. None of them have found evidence of any such abuse, according to Nathan Pemberton of New York magazine. The other four investigations — Ohio, Louisiana, Texas, and Arizona — are still ongoing. Louisiana Gov. Bobby Jindal has been calling to defund Planned Parenthood on the presidential campaign trail, although the organization is not even licensed to perform abortions in his state. Similarly, although Jeb Bush defunded Planned Parenthood in 2001 while he was governor of Florida, the state is still investigating the health care center. In light of the release of the videos, Alabama and Utah declined to pursue investigations and instead immediately halted all state sponsorship of their Planned Parenthood chapters.

The most infamous accusation against Planned Parenthood is perhaps the same one said by Carly Fiorina at the second GOP debate, during which she inaccurately claimed a video showed doctors placing a still-living fetus on a table and discussing "harvesting its brain." Conservatives like Fiorina are yet again making an emotional pull at voters, encouraging them to ignore evidence that Planned Parenthood has done nothing wrong and instead make baseless assumptions about its practices.

The video cited by Fiorina has been released in full, but contains no evidence to tie it to Planned Parenthood doctors. According to TIME magazine, the video's creator has not confirmed whether it was even filmed at a Planned Parenthood center: "I am neither confirming or denying the affiliation of the clinic who did this abortion." Also, nothing in the video confirms the event actually even took place following an abortion; it is just as likely it was filmed after a miscarriage and that the fetal tissue was donated willingly by the mother. Planned Parenthood has repeatedly claimed that the video was heavily edited, intended to mislead viewers.

Nonetheless, pro-life advocates have taken to the streets to decry Planned Parenthood, an organization that, in their eyes, "sells baby parts." This is nothing more than a witch hunt that seeks to take advantage of uninformed Americans in order to push forward a pro-life agenda, as Richards said herself in front of Congress.

The state investigations are absurd and a waste of time and taxpayer's dollars. Since no state investigations have yet found accusations of illegal fetal tissue sales to be true, it is highly unlikely that the remaining states currently inquiring into Planned Parenthood will find the clinics culpable.