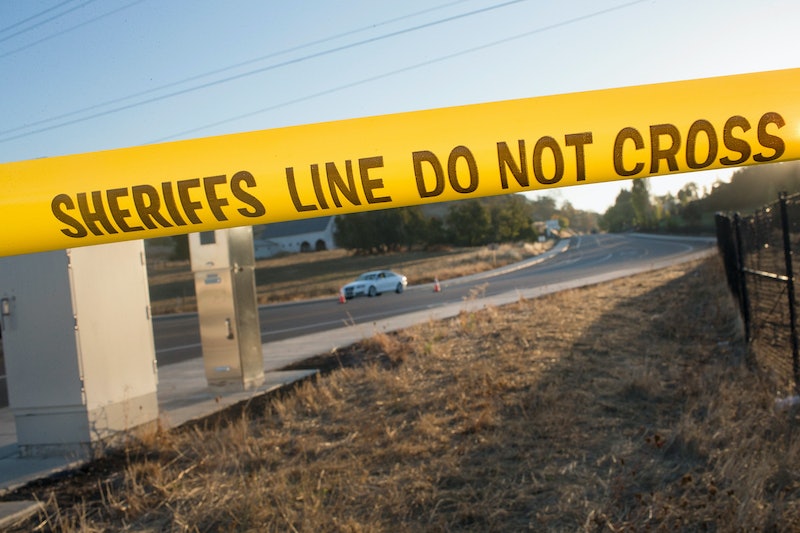 Authorities said families were continuing to be notified Friday after a gunman opened fire and killed at least nine people and injured another seven at Umpqua Community College Thursday. The victims' names have yet to be disclosed by authorities, but families are now stepping forward to honor them. The first victim identified is student Lucero Alcaraz, who was among the nine killed by suspected gunman Chris Harper Mercer, according to The New York Daily News. Alcaraz was a 19-year-old student who wanted to be a pediatric nurse, the outlet reports.

According to BuzzFeed, her younger sister Eileen told the outlet she was a first-year student who had yet to pick a major. But Alcaraz's ambitions were to be a nurse or pediatrician. In June, Alcaraz's older sister Maria posted on Facebook about how proud she was of her sister. On Friday, Maria wrote on Facebook, via BuzzFeed:

Lucero, I miss you I wish you were here. I can't sleep. I never got the chance to tell you how proud of you I was. You would have been a great pediatric nurse. I was so proud of you for getting you (sic) college completely paid through scholarships and you made it into college honors. You were going to do great things love. I ache so much right now..I need you..

A cousin of Alcaraz posted a picture on Twitter Thursday in the hopes of locating her after the shooting occurred. Hours later, she posted a note, saying:

Unfortunately we live in a very cruel world.. And God was given an angel today.

Our thoughts are with Lucero Alcaraz and her friends and family.