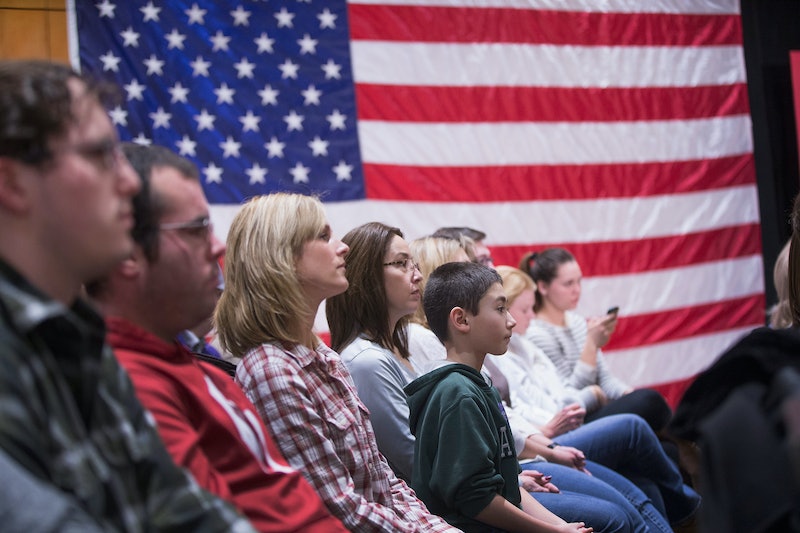 After hours and hours of waiting, the results were finally tallied early Tuesday morning. Hillary Clinton won the Iowa Democratic caucuses, as the Iowa Democratic Party announced after all but one precinct had reported in. Clinton walked away with 49.9 percent of the vote, just enough to carry her to victory over Bernie Sanders, who came in at 49.5 percent. Iowa is only one state, of course, but this is a symbolically important early victory which eluded Clinton when she ran for president in 2008.

Polling in Iowa had oscillated wildly in the months before the primary. Clinton had a 30-point lead over Sanders in November, but that lead had evaporated completely by mid-January. The two candidates had been neck-and-neck for the last two weeks, and Sanders even pulled ahead of Clinton for a brief period toward the end of the month. By the time the caucuses rolled around, FiveThirtyEight had pegged Clinton as the 2:1 favorite to win the nomination, and while those odds were nothing to sneeze at, they didn't amount to an guaranteed victory, either.

At the end of the day, though, Clinton pulled it off. She will walk away with 24 delegates, while Sanders will take 21. That's a razor-thin victory, but as they say, politics ain't horseshoes or hand grenades.

There's no doubt that this is a big deal for Clinton. Back in 2008, in a stunning upset, she lost the Iowa caucuses to Barack Obama. That was the first time that the seeming inevitability of her candidacy was shaken, and in a sense, it was the beginning of the end of her campaign. Despite the state's relatively insignificant number of delegates, Clinton has survived her first test against Sanders' surprisingly successful candidacy, and she's no doubt savoring her victory tonight.

There's one important thing to keep in mind tonight, though. Because of how close the vote was — and because Iowa allocates its votes proportionally — Clinton and Sanders will walk away with roughly the same number of delegates tonight. Delegates, of course, are the one and only thing that matter in determining the eventual nominee. While Clinton definitely won Iowa tonight in the most literal sense, the mathematical advantage over Bernie that this win gives her is, well, practically nonexistent.

The next state to hold primaries is New Hampshire, where Clinton has consistently been polling far behind Sanders. If she'd lost Iowa, she would be facing the prospect of two primary losses in a row, which would not look good. She can rest easy now knowing that's not going to happen.