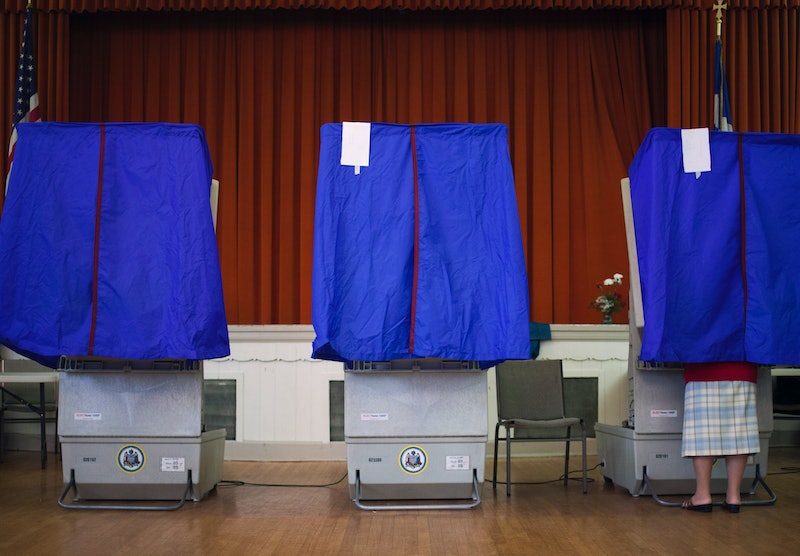 Now that the Iowa caucuses are finished, the remaining 11 presidential candidates are making their way over to New Hampshire, whose primary will help to further narrow down the pool and determine who's got what it takes to be president, in America's opinion at least. The first primary election of the season is quickly approaching and the state will hold its election on Tues, Feb 9. Depending on the state, U.S. citizens elect presidential candidates either through a caucus or a primary. Each have subtle differences, but ultimately achieve the same goal of electing a president.

New Hampshire is one of 37 states that holds primary elections instead of caucuses. Fundamentally, primaries are much simpler than caucuses because they involve checking the ballot box of your favorite candidate. They are also completely private. In fact, it's considered rude to ask anyone who they're voting for. On the contrary, caucuses require that neighbors gather and openly discuss which candidates they favor and why.

This year marks the 100th anniversary of New Hampshire's primary election. According to U.S. News & World Report, the election is important for a number of reasons, aside from the fact that it's second in the nation to determine the top candidates. Most significantly, New Hampshire's citizens will likely vote differently than Iowa's residents did on Feb 2. Historically, New Hampshire has voted differently than Iowa because of its higher percentage of independents who associate with neither the Democratic party nor the Republican party. If this trend manifests itself during the primary, Donald Trump and Bernie Sanders will have an advantage since they both identify as outsiders. According to Real Clear Politics, the state's poll averages support this hunch. Trump is leading by over 20 points at 32.8 percent, while Ted Cruz, who won in Iowa, is polling in third place. For the Democrats, Sanders is leading Clinton, who narrowly won in Iowa, by over 15 points at 54.6 percent.

Candidates have less than a week to change that and convince the public to vote for them. They have taken to Twitter to document their activity in the state.