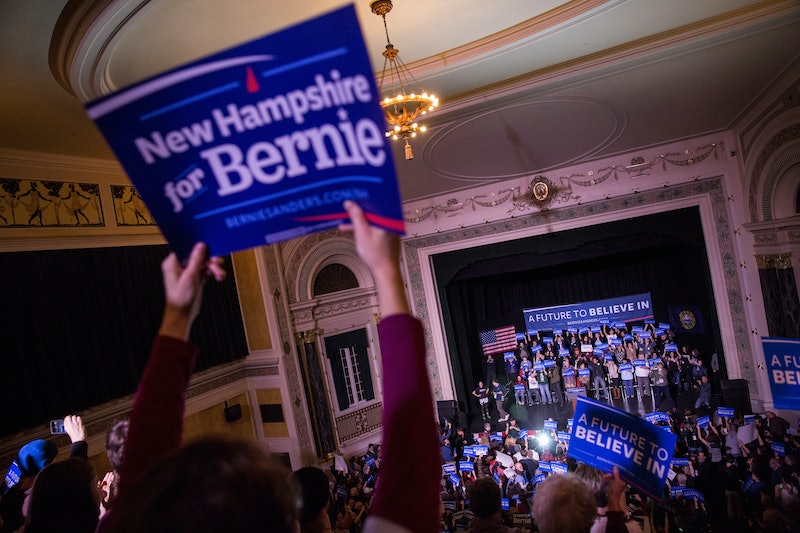 Bernie Sanders had one job going into Thursday's Democratic debate: Don't screw up. The stakes were undoubtedly higher for him this time than in any debate so far, largely because of Tuesday's rapidly approaching New Hampshire primary. If Sanders had a bad night, his campaign would most likely be finished, but thankfully for the Vermont senator, at the New Hampshire debate, Sanders didn't screw up, and as a result, his candidacy will live to see another day.

Until Thursday, the Democratic debates were much calmer and more civil than the barnyard brawls on the Republican side. At the fifth debate, though, things heated up between Sanders and Hillary Clinton, and there are two reasons for that: Iowa and New Hampshire. Earlier in the week, Sanders and Clinton fought to a virtual draw in the Iowa caucuses. From a historical perspective, this was a momentous accomplishment for Sanders. He became the first Jewish candidate in any party to win delegates at the national convention and, just as significantly, illustrated that super leftist policies are actually really popular, at least within the Democratic Party.

And yet at the same time, the Iowa contest potentially spelled troubled for Sanders' campaign, because more than almost any other state, Iowa is a place he should have won. The demographics there are very friendly to him, and the fact that he couldn't actually win it in the end suggested that there may be a hard ceiling to his level of support.

The test of this would be New Hampshire, the next state to vote. Like Iowa, New Hampshire a natural fit for Sanders and his constituency (by which, I mean it's very liberal and very white) and he leads Clinton there by a substantial margin. He's well-positioned to walk away with a victory there — but if he loses, his campaign is probably finished. After all, if Sanders can't win in New Hampshire, where can he win?

This is why the stakes of this debate were so high. The forum itself was held in New Hampshire, and it was the last time the two candidates would have such a large audience before the state votes. Had Sanders made any epic mistakes on Thursday night, it's entirely possible that New Hampshire could have slipped from his grasp. He didn't necessarily need to score a knockout blow on Clinton — he's still polling ahead of her in the state, after all. He just needed to maintain the status quo and not collapse.

Luckily for him, he didn't. The consensus on the fifth Democratic debate is that, in addition to being one of the most high-quality debates of the season, is that Sanders and Clinton more or less tied. Both came out looking competent, neither candidate demolished the other, and the Democratic Party as a whole came across looking like a mature group of adults, unlike some other political parties.

It's still conceivable that Bernie will lose in New Hampshire, but by debating ably and professionally on Thursday, he avoided the last obvious pitfall on the way to victory in the state. In doing so, he all but ensured the survival of his campaign.