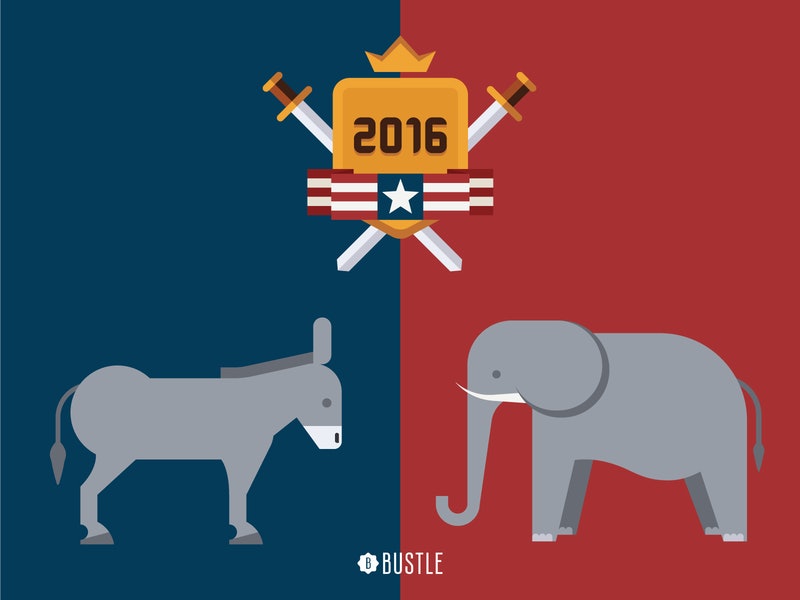 As soon as you cross the border from Massachusetts, it's plainly evident that Bernie Sanders, Hillary Clinton, Donald Trump, Jeb Bush, and the rest of the presidential lot are stumping all over New Hampshire. In front of a gray and green mobile home, Trump has left his mark with a banner nearly the size of the trailer: "Make America Great Again." Twelve miles from Keene State College, beyond Big Daddy's RV and Fat Chance Antiques, the lawn signs on Route 10 seem to be multiplying — and they are decidedly GOP. I count five for Jeb, a few lingering for Carly, two for Kasich, and a Trump before spotting my first Hillary. I pass a flock of wild turkeys congregating in the snow before spotting a Sanders sign, and it isn't until I arrive at my destination that I see support for Christie.

But these signs didn't provide clues about the New Hampshire demographic I am really interested in: the coveted and (over)-analyzed millennials. Specifically, how do today's New Hampshire college students feel about the primary? Are they feeling the Bern? Are they trekking out for Marco Rubio, despite his paltry Saturday debate performance? Although I teach writing to college students in Massachusetts, I don't have much of a sense of which candidates are getting their votes. They almost seem embarrassed for me when I ask if anyone watched the most recent debates. In short, I don't have a bead on what positions and concerns millennial voters bring to the ballot. On this snowy Tuesday morning, I decide to find out.

Flurries are falling, but the sun is shining when I arrive on the picturesque campus of Keene State College, a liberal arts college in the Monadnock region of New Hampshire. A snapshot of Keene State: 92 percent of students receive some form of financial aid, education is the most popular major, and while Trump's campaign headquarters shares real estate with a coffee shop a few blocks off campus, of the 18 students I interview, not a single one expresses support for a GOP candidate.

I quickly discover that at Keene State, the New Hampshire primary has been a subject of conversation for months. Far from oblivious or blasé about politics, many of these students are actively involved in the primaries, regardless of which candidate they specifically support. In fact, the first person I talk to, Victoria, a 21-year-old chemistry major, is driving a campus shuttle to bring students to polling places. I see dozens of students sporting red and blue "I Voted" stickers even before 10 a.m. — an hour traditionally considered ungodly early by dorm standards. One student, Nico, a freshman from Portsmouth, New Hampshire, has actually carefully planned to ensure that he'll get his vote in for the primary: "I actually filled out an absentee ballot before school started because I didn’t know what my schedule was going to look like."

Outside the campus bubble, people are often cagey about disclosing who they vote for (hence the curtains in voting booths and such). Yet at Keene State, again and again, students are more than eager to share which candidates have earned their votes. Tucker, a physical education major from Bow, New Hampshire, provides an on-the-ground assessment of what many political pundits have surmised: "Pretty much every college student wants to vote for Bernie," he tells me.

"People are definitely about Bernie over here. People are always talking about him at parties and stuff like that. You always hear political conversations starting," Connor, a senior at Keene State, reiterates. However, Sanders might not be able to count on Connor's vote. He admits to me that he is worried the primaries might "go under [some people's] radars," and is unsure whether he'll be out of class in time to get to the polls.

Junior Aidan Lake says she is supporting Sanders "because his ideals are closest to mine," noting that he "has a track record of supporting equality throughout his entire career." While being a woman isn't swinging Lake into Clinton's camp, she says that she feels it is particularly important to vote in Tuesday's primary because she is a woman:

Especially as women it’s been a long journey to this point and I’m not going to let my ancestors down in that kind of way.

Still, most students I speak to resist generalizing the millennial vote in New Hampshire — or even on campus. John White, a student completing his last semester at Keene State, where he majors in English, observes, "I hear a number of people say, ‘Don’t forget to vote’ to each other, which is useful. And I’m also surprised to hear a lot of people saying, ‘I don’t care who you’re voting for; I care that you vote,’ which is a neat thing to hear.”

And it's not as if Keene State's students are universally for Sanders. Take 18-year-old Abby Shepherd, an education major who is proudly sporting multiple Hillary Clinton stickers when we meet. Shepherd, a Keene native, has been canvasing for Clinton since April. In fact, she sustained a concussion (ice, driveway) while going door-to-door. Don't worry — she's fine, even upbeat, on this primary day. Shepherd lauds the civic engagement she observes in her peers, making the world of cutthroat campaigning sound like an opportunity for genuine human connection.

"It’s really fun when I’m on the phone and when I’m going door-to-door [to see] the excitement in people’s faces," Shepherd tells me. "It’s cool to see, for me, as a first-time voter, people who have been voting for 40 years just really getting excited about Hillary Clinton or whomever they’re supporting."