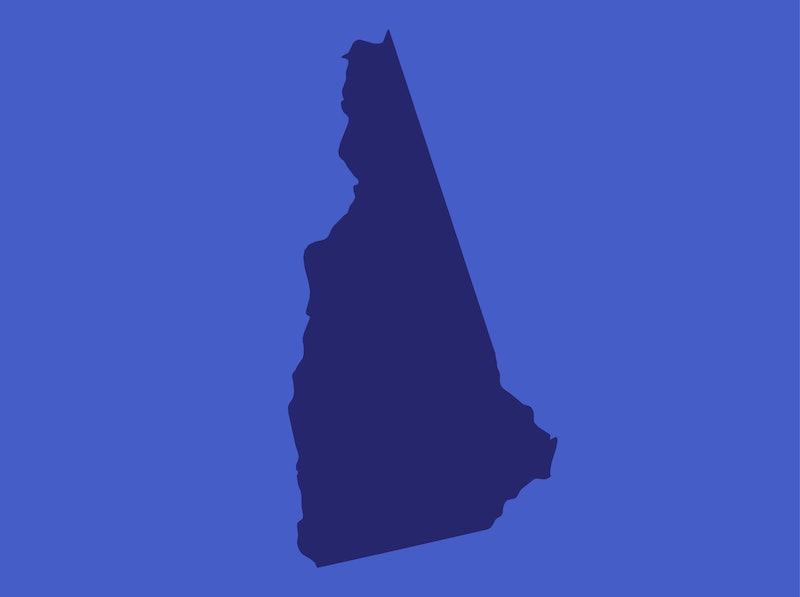 Despite the fact that numerous polls stayed open past the original 7 p.m. cutoff to accommodate a potentially record-breaking voter turnout, shortly after the polls closed, the New Hampshire Democratic Party announced Bernie Sanders won the New Hampshire Democratic primary. Sanders was projected to be the winner of the first-in-the-nation primary by many observers, following his razor-thin loss to former Secretary of State Clinton at last week's Iowa caucuses. But while he might have expected the win, he may not have expected the victory to be announced so soon.

Sanders has enjoyed an average 12.8 point lead over Clinton in New Hampshire since his numbers began spiking in the state in January, according to RealClearPolitics. And when initial reports predicted Sanders to win, it came as no surprise. However, the race was soon called after polls officially closed. In fact, New York's Daily Intelligencer reports that Clinton called Sanders to congratulate him on his win at 8:49 p.m. Tuesday night.

Though Sanders lost by a small margin to Clinton in Iowa — coming in with 49.5 percent of the vote, compared to Clinton's 49.9 percent — Sanders had been poised to win big in New Hampshire, with many predicting in the days leading up to the vote that he would trounce Clinton. And his win paired with Trump's win in the New Hampshire Republican race have many calling this primary a win for the outsiders, and sign that both Sanders' and Trump's opposition to "business as usual" politics resonates with voters much more intensely than many had anticipated.

In his victory speech, Sanders was joined on stage by his wife, Jane, as well as his son, Levi, who's largely stayed out of the spotlight. Sanders gave an impassioned speech that touched on the messages that propelled him to the great victory he earned Tuesday night — campaign finance, super PACs, and income inequality. But he also allowed himself to show how absolutely elated he was with how many people came out to support him. "And tonight, with what appears to be a record-breaking voter turnout ... A huge voter turnout, and I say huge," he added, "we won."

The former "underdog" candidate also showed that he's ready to take on the GOP if chosen as the Democratic nominee. And if he's not chosen, and Clinton takes the nomination instead, Sanders proved he believes there will be more important things to do.

I also hope that we all remember ... that we will need to come together in a few months and unite this party and this nation, because the right-wing Republicans we oppose must not be allowed to gain the presidency.