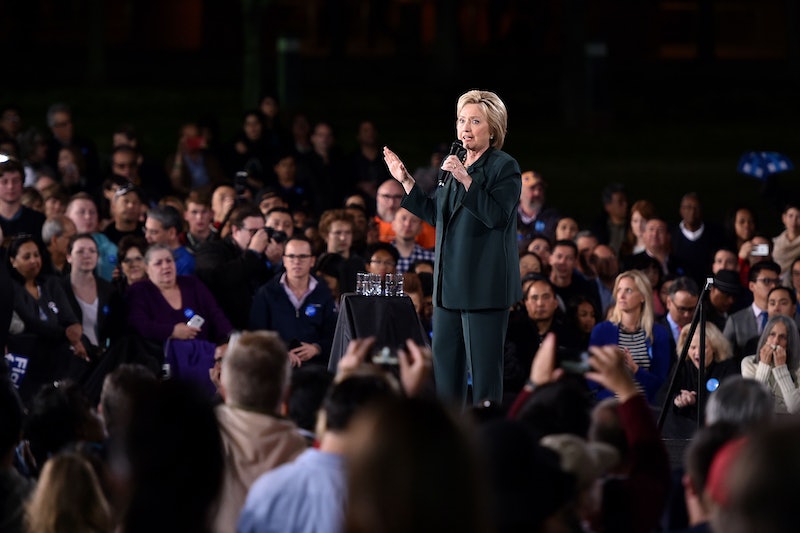 This is the second caucus win for Clinton, who beat Sanders in the Iowa caucus on February 2 by a .03 percent margin. Following the Iowa caucus, Sanders took the New Hampshire democratic primary, at which point Clinton's campaigners made an extra effort to clinch the Nevada caucus. Although it was also a close race, Clinton's victory in this caucus was much more decisive than the first — at the time of her victory speech, roughly 78 percent of the votes were in, with a projected 52.1 percent of the votes to Sanders' 47.8 percent, according to CNN. Analysts believe that although Sanders scored highly among young and Latino voters, it was the African-American vote that carried Clinton's victory in Nevada on Saturday night, and that it is projected to also carry her in the upcoming South Carolina primary next week. She addressed Nevada's victory in a speech at Caesar's Palace in Las Vegas, emphasizing her gratitude and thanking the voters for making it possible.

In her speech, Clinton emphasized the need for legislation to protect the middle class, as well as families and working women.

“The truth is, we aren’t a single issue country,” said Clinton. “We need more than a plan for the big banks. The middle class needs a raise, and we need more jobs.” She emphasized the need to do more to help people balance work and family, particularly women. "It's time for equal pay and equal work. And don't you think it's time face head on the reality of systemic racism and communities that have been left out and left behind?"

Addressing issues of discrimination, immigration, education, retirement, and the protection of small businesses, Hillary brought the speech home with a belief that she says she and Bill Clinton share: “America can only live up to its potential when each and every American has the chance to live up to your potential, too.”

Hillary ended the speech by saying she is on her way to Texas, and the "fight goes on".