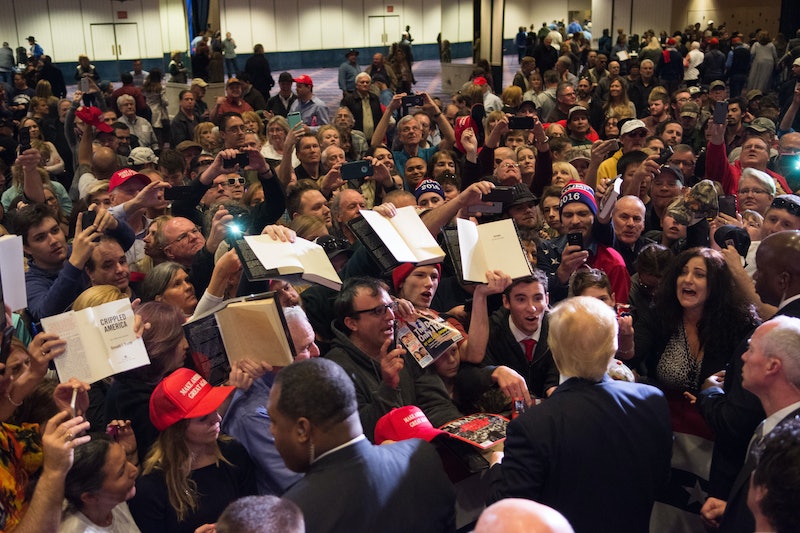 Republicans had their chance to clamor for voters in Nevada on Tuesday as the Silver State held its GOP caucus. Presidential hopefuls appeared especially energized as some of them crashed the lengthy lines outside of caucus locations around the state as well as the many events taking place. Ben Carson appeared in a courtyard at the Henderson caucus location to visit voters while frontrunner Donald Trump barged in on a caucus location where Glenn Beck had been speaking. Such disruption is indicative of just how unpredictable the "first in the West" caucus has become. For those following along on social media, that meant more than enough time to craft some seriously hilarious GOP Nevada caucus memes well before the night was through.

Surprisingly, it was the disorganization of the event that provided the most meme fodder. Trump crashing Beck's speech knowing full well that the pundit had endorsed Ted Cruz appeared to be puzzling enough without needing some extra help from photoshopped images or clever gifs. Likewise, Carson's cameo came and went with little fanfare. Instead, political junkies clamored around reports of voters still outside caucus locations simply waiting to get in. Reports of caucus workers wearing Trump gear have also surfaced, as have claims of locations running out of ballots due to such an influx of voters. Needless to say, the twists and turns of the evening have certainly provided some comic relief as tensions mount over a disorganized GOP Nevada caucus.

With such an uptick in election season events, the internet has somehow made the most of the mess they've been given. The official GOP response to the reported chaos unfolding in Nevada has been to assure voters that they'll be especially scrutinizing ballots due to reports of people voting twice. Caucus sites complaining of running out of ballots were reportedly replenished quickly, though the party has failed to address the legality of workers sporting candidate branded gear. As of this writing, officials have also stayed mum about reports of voters being handed ballots without having to present identification.

What the GOP Nevada caucus has so far proven is that the Republican party is more similar to the American public than it may realize. It appears those on the right are getting a bit of election season fatigue and even the most ardent of political followers can certainly relate. The Tuesday night caucus certainly reflects a bit of exhaustion on their part. Luckily, social media users have stepped in to point out everything going wrong while doing their best to smooth over the many bumps on the road to the White House using the best panacea they can think of: memes. If this outpouring of humor continues, Super Tuesday is going to be more yuge than a Make America Great Again cap on the heads of every Mt. Rushmore president.