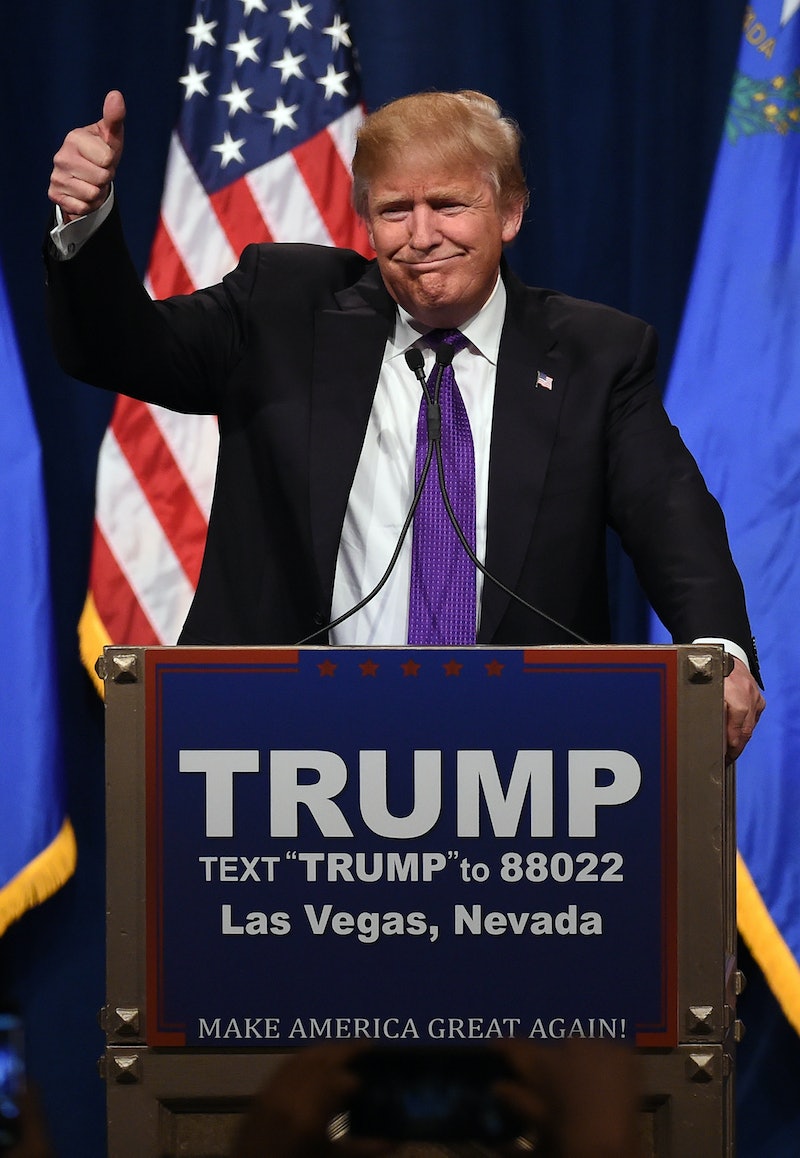 Late in the evening on Tuesday in the state of Nevada, GOP frontrunner Donald Trump snagged yet another win in the primary voting process. The election wasn't all that close, either: the billionaire took home close to more than double the number of votes that went to runner-up Marco Rubio. Despite the very clear evidence that hundreds of thousands of voters are in the "Make America Great Again" camp, as could be witnessed in Nevada, there are plenty of Americans still wondering what Trump is doing in the presidential race. The reactions to Donald Trump's win in the Nevada caucus will make you feel everything all at once, because the possibility of a Trump White House is realer than real.

While speaking on the frontrunner candidate during broadcast coverage of the caucus event, political commentator and former White House Communications Director Nicolle Wallace pointed out that there's one reason Trump has made it as far as he has on the campaign trail, and that reason is the unavoidable fact that his platform has resonated with American voters far and wide. Not everyone is as willing to tell it like it is when it comes to Trump's campaign, though, and here are a few examples of folks having a hard time grappling with yet another Trump victory.

2. The Woman In Disbelief