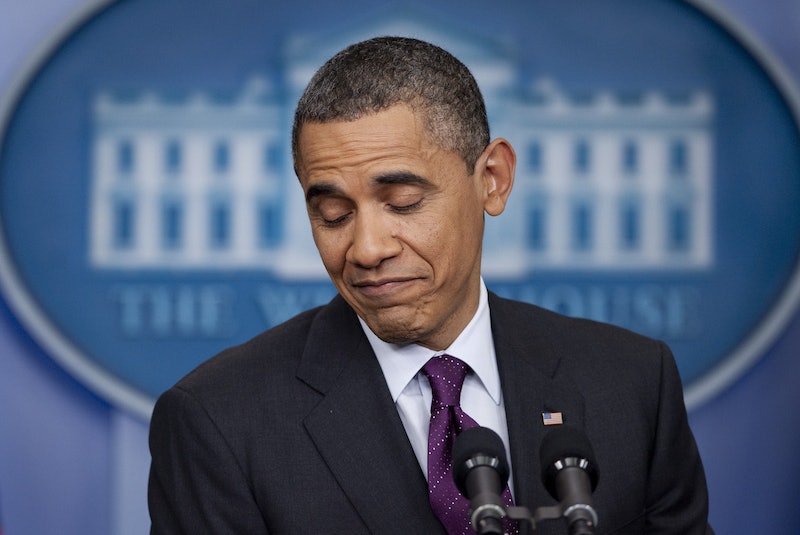 March 1, the all-important day of the primary election season — aka Super Tuesday — will determine which candidates have a legitimate chance of becoming the nation's next president. With nearly half of each party's delegates at stake, the primaries are about to get real. Though each state holding elections on March 1 is sharing its big day with others across the nation, Super Tuesday results are going to have to come out in a certain order. Thus far, that order has not been announced, but it's safe to assume that each state will declare its nominees in an organized fashion which depends upon the varying lengths of time it takes to count the primary and caucus votes. Expect state nominee results to be announced throughout Tuesday evening, as well as early Wednesday morning.

Though Super Tuesday has also been dubbed the Southeastern Conference primary, citizens from all over the nation — not just the Southeast — will be scurrying to the polls. Compared to the last election's Super Tuesday, which was held on March 6, 2012 and included only 10 states, 2016's biggest voting day is going to hold considerably more weight. Alabama, Alaska, Arkansas, Colorado, Georgia, Massachusetts, Minnesota, North Dakota, Oklahoma, Tennessee, Texas, Vermont, Virginia, and Wyoming will be voting on that day.

Two factors will affect the time of results announcements: the type of election involved (primary or caucus) and the time each poll closes. States that are holding caucuses on March 1 — Alaska, Colorado, Minnesota, North Dakota, and Wyoming — will likely stray behind in the pack when announcing their delegate allocation, due to the inherently more involved process of selecting a caucus winner. The timelines of the states that have already voted, including Iowa, New Hampshire, Nevada, and South Carolina, support this claim. For example, the Iowa caucus results weren't released until early in the morning after the event. In contrast, the New Hampshire primary results were released late Feb 9, the same day the elections took place.

Additionally, the majority of the states' polls are open from 7 a.m. until 7 p.m. Of the primary states, Massachusetts and Arkansas' results should come in at the tail end of the night, since their polls are open until 7:30 p.m. or 8 p.m. Some caucus states, on the other hand, such as Alaska and Colorado, do not begin caucusing until 7 p.m. Traditionally, the neighborhood meetings can last up until midnight.