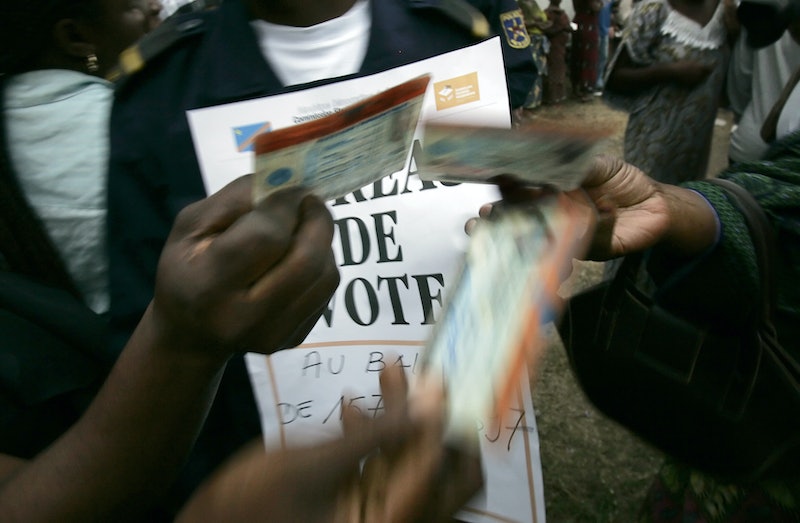 Political nerds have long had Super Tuesday marked on their calendar, but in the insane 2016 election it isn't just wonks and insiders paying attention to the March 1 primary crush. This year has yielded record voter turnout in the primaries and caucuses held thus far, a trend that is expected to continue on Tuesday. But what do the polls leading up to Super Tuesday tell us about the candidates' chances? The Republican establishment has its eye on the seemingly unbeatable Donald Trump, and going into the SEC primary, the Democrats are anticipating the end Bernie Sanders' surge.

First, let's get the more clear-cut race out of the way: Hillary Clinton has a comfortable lead on Bernie Sanders across the board. In a poll released by NBC News/Wall Street Journal/Marist, Clinton was leading the Vermont senator in Georgia, Texas and Tennessee, three states with critical delegate counts in the SEC primary. The former Secretary of State had a 21 point lead in Texas among Democratic primary voters, 26 points in Tennessee and 34 points in Georgia. That means it would take nothing short of delivering the political revolution Sanders has promised for him to derail Clinton on Super Tuesday. And with high early voting turnouts, it could be too late for even that.

Now, the Republican side of things is a little less clear. It's widely projected that Trump will win Georgia (he's got a 9-point lead there) and Tennessee (18 points). But Texas, the single biggest prize on Super Tuesday, is still a question mark. Out of seven polls released this week, three show Ted Cruz leading in his home state, and four show that Trump will get the W.

The difference comes down to methodology. The polls that show Cruz leading were conducted among voters who had participated in previous Republican primaries, where the ones with Trump in the lead were done by calling random numbers. Although traditional knowledge would say that turning to more reliable voters would produce more accurate results, the high voter turnout in the primaries show that many people are turning out for the first time. So the polls that are leaving these new or unreliable voters could mean underestimating key support for Trump.

A loss on familiar grounds could be a huge blow to Cruz's campaign, but a win for him could be a pretty good argument for Marco Rubio (and, uh, I guess John Kasich and Ben Carson), who is splitting votes that could have gone to Cruz alone, to drop out of the Republican race. The delegates up for grabs in Texas are crucial in stopping the seemingly inevitable nomination of Trump, so this could be the establishment's last chance.