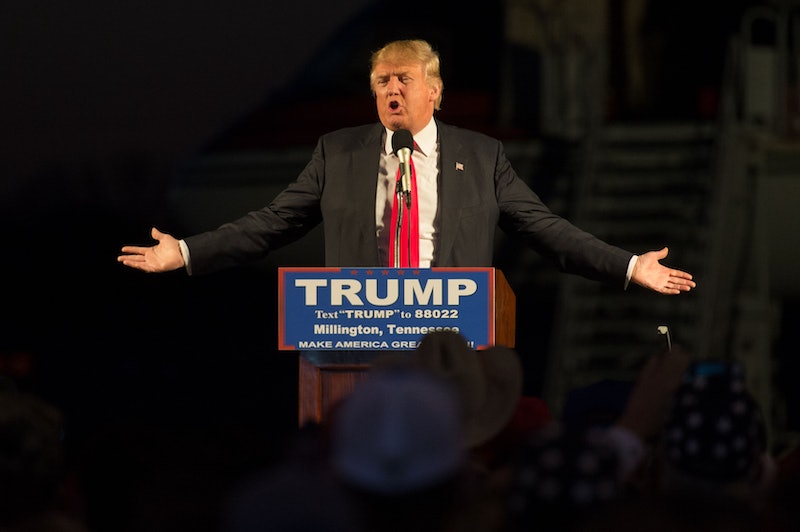 Super Tuesday is the biggest voting day of the year, and several of the candidates — that is, Hillary Clinton and Donald Trump — will be aiming to solidify their leads when more than 10 states head to the polls on March 1. But the day, as big as it is, won't sew up the nomination for anybody. How many delegates will be left after Super Tuesday?

The answer is different for Republicans and Democrats, both because each party has a different total number of delegates and, equally, because the two parties handle superdelegates differently. Rather than look at raw numbers, then, let's look at percentages. In the Democratic Party, about 75 percent of total delegates will still be up for grabs after Super Tuesday. The landscape is similar in the GOP, where about 70 percent of delegates will remain after March 1.

Because superdelegates kind of operate in a world of their own — again, they're not bound by the results of any caucuses or primaries — it might be better to set them aside when assessing the impact of Super Tuesday. If we only look at pledged delegates, then, the total number of Democratic delegates available after Super Tuesday is about 64 percent, not 75.

All of this is a long way of saying that after Super Tuesday, more than half of the available delegates will still be available. This means that, from a mathematical standpoint, it will be impossible for any candidate in either party to clinch the nomination on Super Tuesday. Even if Clinton and Trump managed to win literally every single delegate at play on Super Tuesday — which would never happen — they'd still be short of the 50-percent-plus-one needed to actually win the nomination outright.

Make no mistake: Super Tuesday is a very important day for just about every candidate in this race, and for some, it will be their last chance to make a serious play at the nomination. It won't, however, hand anybody the nomination. There's still a lot more of this primary to go.