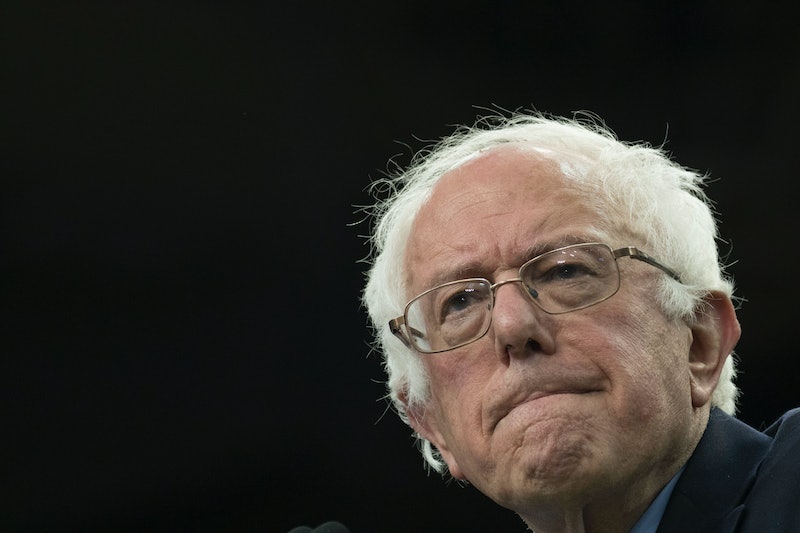 We're tantalizingly close to Super Tuesday, when 12 states and territories will cast their votes in the Democratic primary. When we last left our Democrats, Hillary Clinton had crushed Bernie Sanders in South Carolina, giving Clinton her second straight victory in a row after Nevada. Can Bernie bounce back? More specifically, can Bernie Sanders win Super Tuesday?

Well, it's never over until it's over, and there's a chance the polling is all way off base. As it stands, though, Bernie is trailing Hillary in every Super Tuesday state except for two: Vermont and Massachusetts. Sanders is from Vermont, and he leads Clinton by a 75 (!) points there, while the margins are close enough in Massachusetts that it's effectively a tie. Those two states are Sanders' best chance of bouncing back and continuing the fight against Clinton.

That said, he faces a steep uphill climb. It's not just that Clinton is leading in Super Tuesday states. It's that she's leading by a whole lot margins. Here are the current polling averages, as of late Sunday, courtesy of RealClearPolitics.

Now, these numbers should be taken with a grain of salt, because some Super Tuesday states haven't been polled very extensively at all. In both Alabama and Colorado, for example, there has only been one survey conducted of the Democratic race this entire cycle, while Minnesota and Tennessee have all only been polled twice. So, you should consider Clinton's leads in those states tentative at best.

Let's say Sanders pulled off wins in Vermont, Minnesota, Tennessee, Alabama, Colorado and Massachusetts. He'd probably still be behind in delegates — it's impossible to say for sure because it would depend entirely on the margins — but he would have successfully refuted the narrative that his campaign died after his defeats in Nevada and South Carolina. If Sanders does have a path forward, it probably involves a scenario like this unfolding on Super Tuesday.

That said, this is an absolute-best-case-ever scenario for Sanders. It's not impossible by any stretch of the imagination, but it would be disingenuous to suggest that this is likely to happen, because it's not. Unless statewide polling is systemically flawed across the board in major way, the most likely outcome is that Clinton will win everywhere but Vermont and possibly Massachusetts. If that happens, Sanders' already-small window will have become a whole lot smaller.