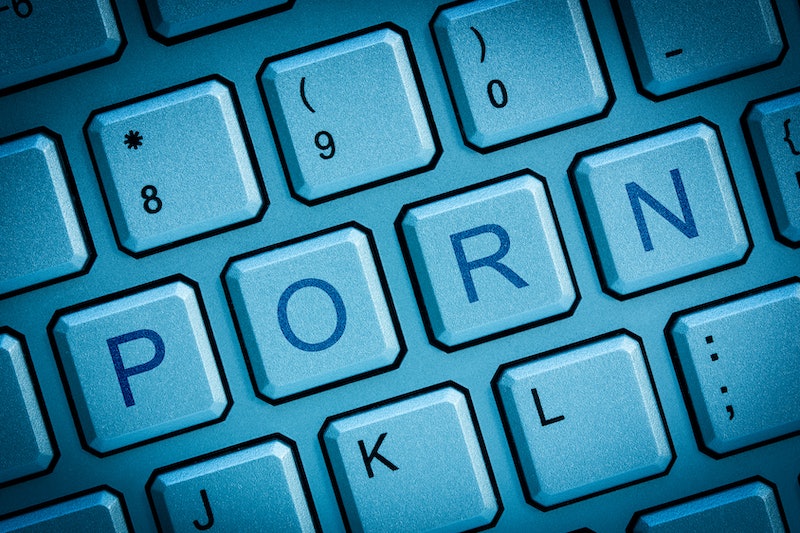 Mahle blogged about his experience for Change From Within. He begins by clarifying that just because something is culturally acceptable, doesn’t mean it’s a good idea (like Jagerbombs). Mahle also explains how he hid his “habit”, and that in previous attempts to quit he would find a reason to go back to it. Yikes, sounds just like an addict to me.

The reality was that most of the videos I found online had titles that included words like “bitch” or “slut” and showcased controlling behaviors that were rooted in a culture of subjugation and objectification, where women are nothing more than sexual bodies to be exploited and dominated by men.

Like most recovering addicts, Mahle’s life changed drastically after quitting. (Maybe “changed drastically” aren’t the right words, more like “he became one of those guys you’d want your parents to meet.”) Mahle describes how he’s now more connected to his emotions post-porn, and how his creativity and passion are at an all-time high due to raised self confidence. He also noticed a huge change in his perception of women.

More like this
It's A Pleasure #53: Help! My Boyfriend Won't Tell Me Why He Stopped Going Down On Me
By Sophia Benoit
The Real Reason Your Instagram Story Viewers Show Up In That Order
By Emma Carey
15 Halloween Costumes Inspired By TikTok Trends
By Emma Carey
Why TikTok Is Obsessed With Caesar Salads Right Now
By Alexis Morillo
Get Even More From Bustle — Sign Up For The Newsletter