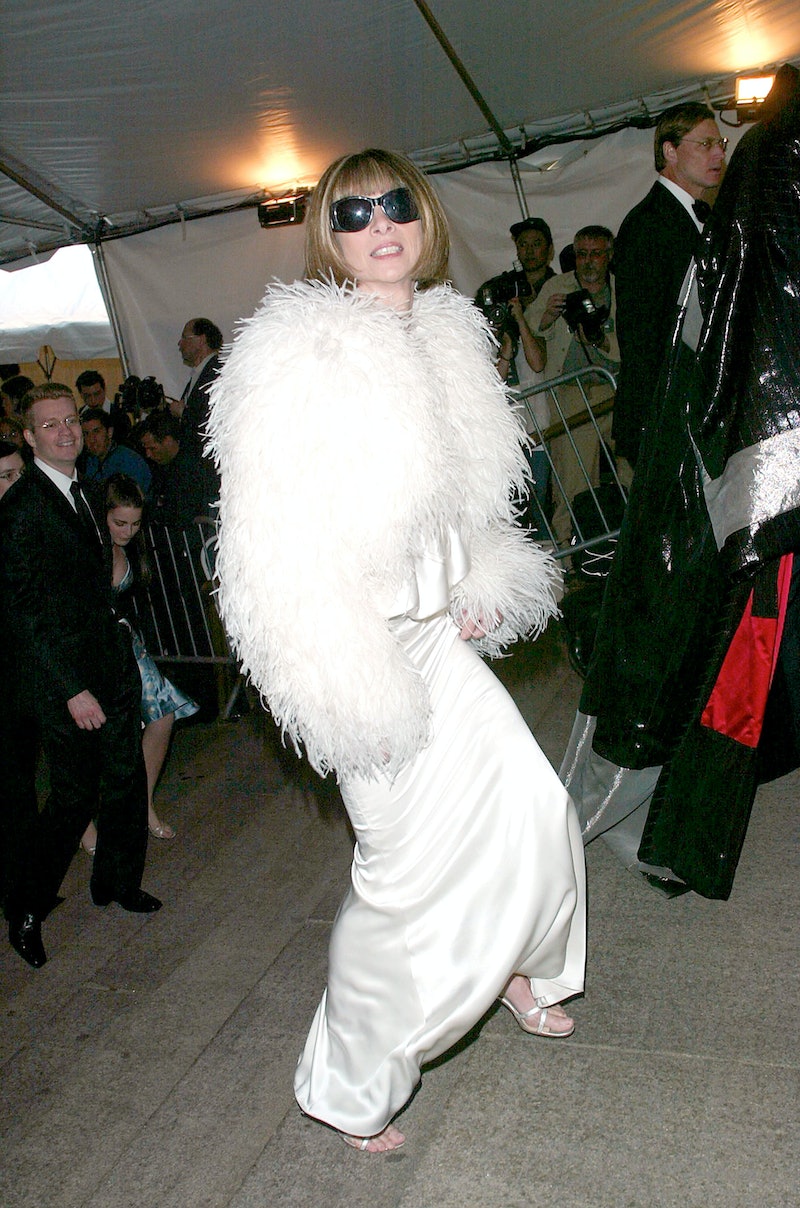 With this year's Met Gala quickly approaching and the 2000s coming back to fashion trends in full force, it seems important that I re-examine the most early 2000s Met Gala dresses of the past few years. The Met Gala is always an outlet for the stars to experiment with themes and trends, and gosh do they look good doing it! With the recent rise of chokers, platform sandals, athleisure, cut-outs, neon colors, crop tops, et cetera, it seems likely that some of these will be a huge feature on this year's red carpet. It will certainly be interesting to see how they are interspersed with more recent fashion styles.

Who knows? Maybe on Saturday I'll scope some repeat outfits and yell, "Lizzie McGuire, you are an outfit repeater!" at the TV.

It has been a long time since the early 2000s became a thing of the past, and I feel like I've been the only one lying in wait for early 2000s trends to come back. That could be because I'm obsessed with TV shows from the era and am a bit biased, but it's also because I really do love fashion that is focused on showing off your own figure in simplistic ways like most of early 2000s fashion normally did (although they certainly did have a flair for dramatic details i.e. chain belts, mesh, huge hoops, et cetera).

So, my eyes will be peeled for dresses that look influenced by these familiar throwback trends and accessories. Here is a look back at the most early 2000s Met Gala dresses ever.

Kirsten Dunst is the epitome of the early 2000s. I mean, look at that hat-necklace combo.

The late David Bowie and Iman kill it in the 2003 impression of old Hollywood glam.

Imagine how much tulle had to die to make that dress.

Nicole Kidman rocks the off-the-shoulder trend, and hasn't aged ever.

Sheryl Crow looks like she soaked up the sun, but all I wanna do is give her a new dress.

Lucy Liu aren't you supposed to be off saving the world for Charlie?

Swank is a total million dollar baby in this turquoise jewel-toned number.

The halter and that neckline are totally a 2000s staple.

Bridget Jones is that you?

This jewel-toned ball gown speaks for itself.

Lindsay Lohan's belted floral sundress does not rank super high on the haute couture list, but it's so early 2000s prom.

More like this
This 'Bachelor' Contestant Had The Best Reaction To Wearing The Same Dress As Another Woman
By Grace Wehniainen
The Internet Can’t Get Enough Of Viktor & Rolf's Upside Down Dresses
By El Hunt
12 Red-Hot Valentine's Day Outfits Perfect For The Holiday Of Love
By Dominique Norman and Kelsey Stiegman
'Love Island's Will Got A Farm Animal Manicure & It's *Adorable*
By Sam Ramsden
Get Even More From Bustle — Sign Up For The Newsletter
From hair trends to relationship advice, our daily newsletter has everything you need to sound like a person who’s on TikTok, even if you aren’t.