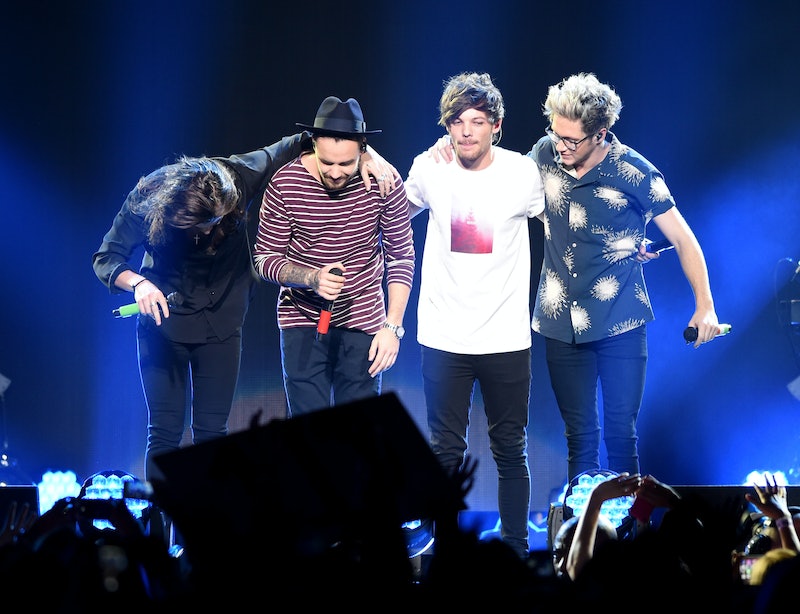 I don't know about you, but I was really looking forward to seeing One Direction At The 2016 Billboard Music Awards. With their current hiatus, and still-fresh breakup rumors, it feels like the group is on shaky ground for future records. But don't worry too much — a source close to the band has said, "nothing has changed regarding hiatus plans for the group, and all will be revealed in due time from the band members' own mouths," according to Billboard.com.

Still, it would have been nice to see them show up at the award show. The band was up tonight for Top Duo/Group, as well as Top Touring Artist. In case you forgot, they won last year for the same categories. All while looking ridiculously dapper, might I add.

This year promised to be be a bit different for the band, look-wise, mostly due to Harry's new hair that has everyone losing their minds. (And rightfully so.)

I suppose we will have to reminisce to last year's show, where they looked dapper AF.

Harry had his long hair (RIP).