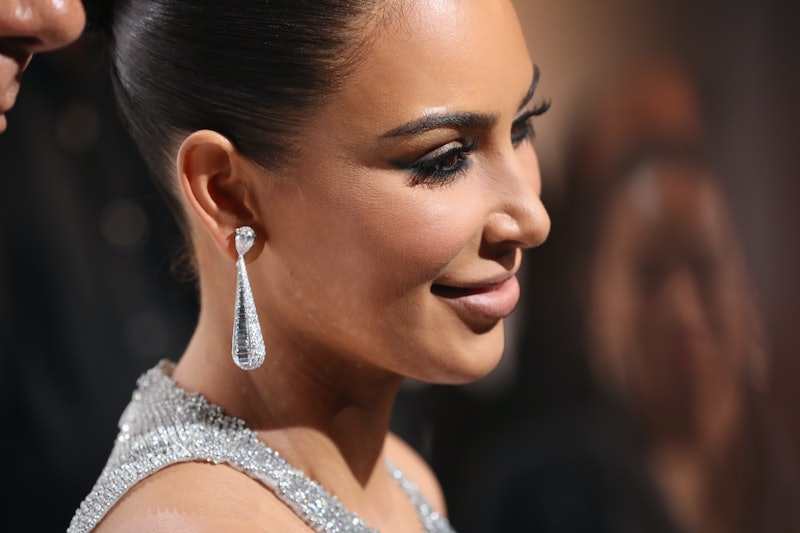 In case you might have missed it, Kim Kardashian's go-to makeup artist, Mario Dedivanovic created a palette with Anastasia Beverly Hills. Although no one knows exactly what's inside, people are still dying to find out when they can get their hands on it. Unfortunately, it won't be ready for this summer, but it'll be here in time for the holidays, which is almost as exciting. That might seem like a while to wait, but ABH has so many new products coming out that the time will fly.

When it comes to makeup, the people at ABH know their stuff. The brand has some of the best liquid lipsticks and brow products out there, so it only makes sense that it would collaborate with one of the most talented makeup artists around. Dedivanovic has worked with plenty of A-listers from Blake Lively to the Kardashians and knows a thing or two about makeup. Now, he's going to prove it with what's sure to be a fabulous collaboration.

The Makeup By Mario Palette is being kept pretty secretive as far as what's inside, but that hasn't stopped people from getting excited. The ABH president Claudia Soare, also known as Norvina, has been Snapchatting about the palette for some time, but now we finally have some official release info — it's coming out sometime in October. OK, so it's not an official date, but it's still nice to know how to plan your purchases accordingly.

People on social media seem to think that it's an eyeshadow palette based on a few of Soare's Snapchats, but nothing on the inside has been shown off yet. It's not as thin as a typical eye palette and has some serious depth to it, which might mean it has some tools in it as well. You just never know, but I can't wait to finally figure it out.

Waiting until October doesn't seem so hard when you think about all the amazing products that ABH has lined up for summer. Not only does the brand have 23 different shades of stick foundation coming out in August, there are also three contour sticks being released as well. That should be enough to tied you over until the big Makeup By Mario Palette launch.

That's a whole lot to be excited about, and summer hasn't even started yet. I can't wait to see what the brand comes up with next. Until then I'll be marking my calendar accordingly, because the new palette will definitely be flying off the shelves.

More like this
15 Must-Have September Beauty Launches, According To Our Editors
By Rachel Lapidos
This Week’s New Makeup Releases & More Beauty Headlines
By Audrey Noble
Billie Eilish Teased The Debut Of Her New Fragrance
By Audrey Noble
26 Easy Halloween Makeup Looks For 2022 That Require Zero Skill
By Olivia Rose Ferreiro
Get Even More From Bustle — Sign Up For The Newsletter