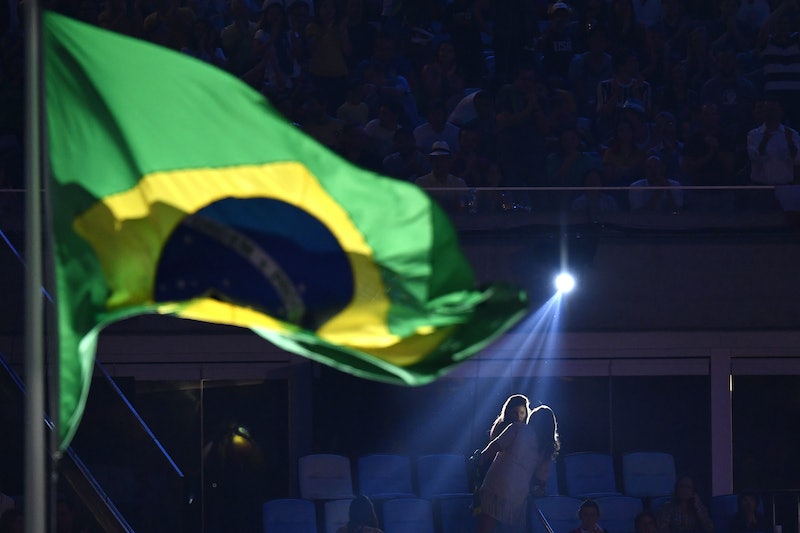 The 2016 Olympic games have been rife with controversy, as Brazil has struggled financially and politically. As the games approached, there were even questions about whether or not Rio would be ready to host, according to USA Today. But perhaps most controversial of all has been the looming threat of the Zika virus, as shown in this, um, interesting tweet about Brazil's Olympic team uniforms.

Poking fun at the country's struggle with the disease, which can be transferred via mosquito bite, is this lovely suggestion for an ceremony outfit: a hazmat suit. This Twitter user makes a fair point, as the Zika virus is pretty unnerving. There have been nearly 166,000 suspected and confirmed cases in the country, according to the World Health Organization.

Thankfully, the 2016 Olympic athletes have been taking plenty of precautions when it comes to preventing disease. Public health officials have recommended Olympians to regularly use mosquito repellents which contain DEET, picaridin, oil of lemon eucalyptus, or IR3535, according to Sy Mukherjee on Fortune. They've also been told to sleep under a mosquito net, and wear long-sleeved clothing.

Here's hoping it doesn't become too much an issue for the Olympic athletes as they compete this summer — sans hazmat suits.