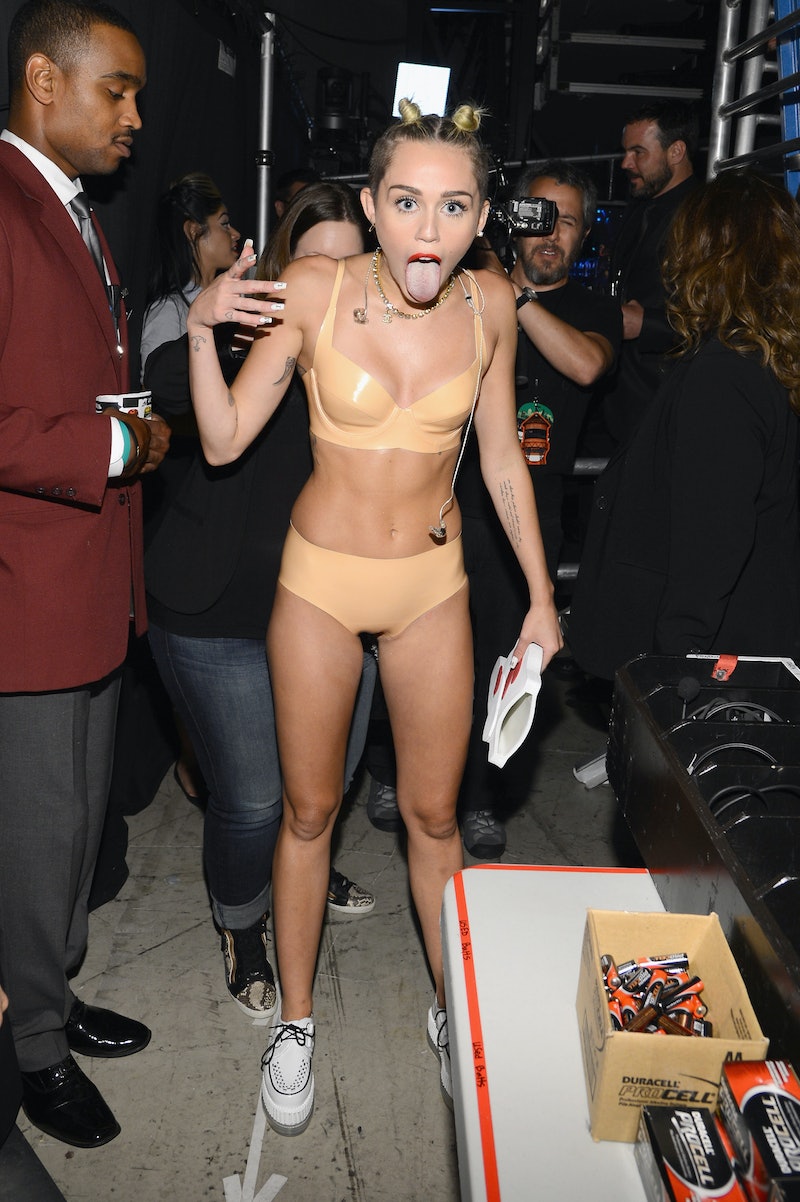 The biggest music event of the year is just around the corner. The 2016 MTV Video Music Awards premiere on Sunday Aug. 28, and I couldn't be more excited for all of the amazing performances, celebrity appearances, and most of all, the red-carpet fashion. Thinking back on past VMAs and all of their standout moments, who could forget Lil Kim's purple pasty that she wore in 1999, or Lady Gaga's meat dress from 2010? One fashion moment, though, trumps them all. Miley Cyrus' nude bikini from the 2013 VMAs will live on as an iconic moment in fashion history.

2013 was most definitely the year of Miley. That's the year she broke out as the twerking, tongue-out-sticking, carefree Miley that we know her as today, stirring up tons of buzz over her IDGAF ways. After topping the charts with her edgy Bangerz album, splitting from fiancee Liam Hemsworth, and declaring her love for marijuana, the songstress solidified her new badass, independent lady image with a controversial opening performance at the 2013 VMAs.

When MTV announced Cyrus as the host, I knew to expect all rules to be broken, and that's just what the artist delivered. The then 20-year-old took the stage in a quirky Teddy Bear onesie before stripping down to flesh-colored skivvies that definitely caught everyone's attention.

If this didn't make enough of a fashion statement, the latex two-piece sure did.

She totally owned this look.

People are still talking about this infamous nude suit, three years later, and that's exactly why it goes down as iconic.

Will Miley rock another boundary-pushing look at this year's VMAs? I'm willing to bet on it.