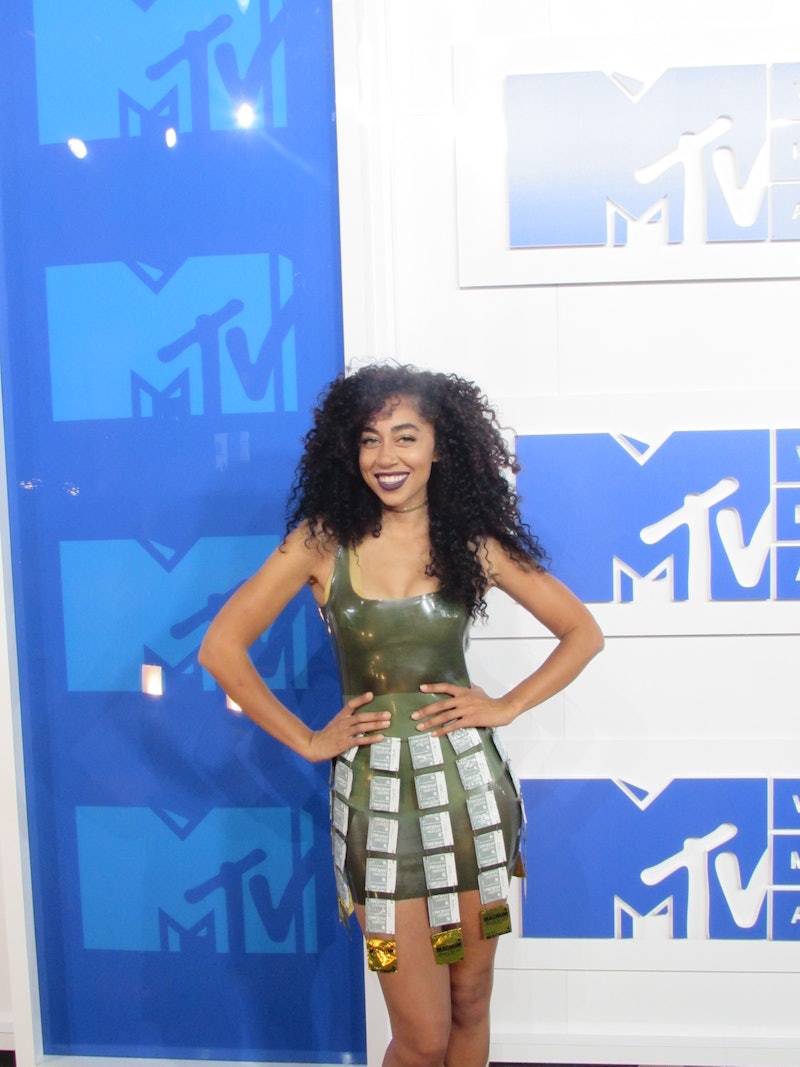 If you want to start a convo about safe sex, then one good way to do it is by walking the MTV VMA red carpet in a condom dress. I mean, what more do you need than a few Trojans dangling about your waist before people start taking, right?

Well, that's exactly what YouTube star and clinical sexologist Shannon Boodram must have thought. The YouTuber, who posts videos with topics like "Is Monogamy Natural?", partnered up with Trojan Brand Condoms and dress designer Arielle Silva to create the semi-scandalous look. Their goal with said condom dress was to reinforce the importance of safe sex, as well as consistent and correct condom usage, according to a press release.

I gotta say, it's a really great idea. With so many people tuning in to watch the awards, I hope that at least one person walked away with safe sex on the brain. But even short of her great message — and the condoms hanging in the form of a safe-sex skirt — Shannon looked downright adorable. She rocked some curls and a skintight green mini dress.

As far as VMA outfits go, this one is right up there with some of the stranger looks of the evening — but in a totally good way. Here's hoping her message got through!

More like this
Breeding Kinks Have Been On The Rise Since Roe V. Wade Got Overturned
By Lexi Inks
Are Quality Time & Gift-Receiving Love Languages Compatible?
By Lexi Inks
The Differences Between Polyamory & Open Relationships
By Lexi Inks
The 19 Best Tweets & Memes About Bisexual Awareness Week
By Lexi Inks
Get Even More From Bustle — Sign Up For The Newsletter