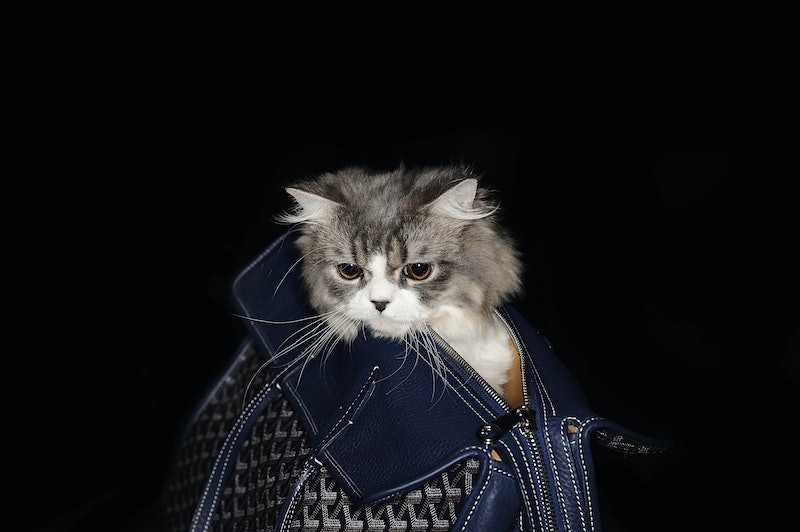 I’m a sucker for animals who live at hotels. The Peabody Hotel ducks? Love ‘em. The porcupine that lived in the trees and occasionally came down for some papaya at the place I stayed at in Costa Rica? The best. The Algonquin Hotel cat? Adorable. And wouldn’t you know it, the current Algonquin cat, Matilda, is throwing a party complete with a cat fashion show on Saturday, August 2. I don’t know about you, but I’m pretty sure this event has the potential to be the best fashion show in the history of the universe.

The best part is that it’s all for a good cause: According to Gothamist, the event will benefit the Mayor’s Alliance for NYC’s Animals. The reception, “Feline Fashion Show,” raffle, and fundraiser kicks off at 5pm; kitty adoptions by the organization Bobbi and the Strays will also be held throughout the day from 3 to 7pm, so you might just walk home with a furry new friend, too. The theme for the benefit this year is “Matilda & FURiends Salute Broadway,” so you can expect lots of theatrical entertainment (although probably not a cat circus. Good thing that one already exists, right?).

Obviously, though, the most exciting part of the evening is going to be the fashion show. In accordance with the Broadway theme, outfits I hope make an appearance include the following:

1. Hedwig and the Angry Cat

Mostly because the idea of a cat wearing one of Hedwig’s many, many wigs fills me with glee and giggles.

It would be a minor miracle if anyone was actually able to get a cat to sit still long enough to dress it in the MC’s costume — but just think how glorious it would be if it succeeded.

Sing, my kitten of music!

I mean, you can’t very well not include this one, right?

Are there feline-friendly green dyes out there?

There is nothing cuter than a cat in a newsboy cap.

I will admit that I’ve never seen the draw of Mamma Mia!, but the idea of a cat dancing along to ABBA is too good to pass up.

A minimum $40 entrance donation is required, although additional donations will gladly be expected. It’s probably a good idea to reserve your ticket in advance, as seating will be limited; head on over to the Animal Alliance's website for more info about reserving. Meow!

More like this
You Can Stay At The 'Hocus Pocus' House On Airbnb
By Alexis Morillo
Craving The Beach? Here's Your Guide To A Solo Vacation In Turks & Caicos
By Alexis Morillo
26 Ghost Story Podcasts To Get You Ready For Halloween
By Jessica Booth, Mia Mercado, JR Thorpe and Emma Carey
15 Easy Pranks To Play This Halloween
By Emily Kelley and Lauren Grant
Get Even More From Bustle — Sign Up For The Newsletter