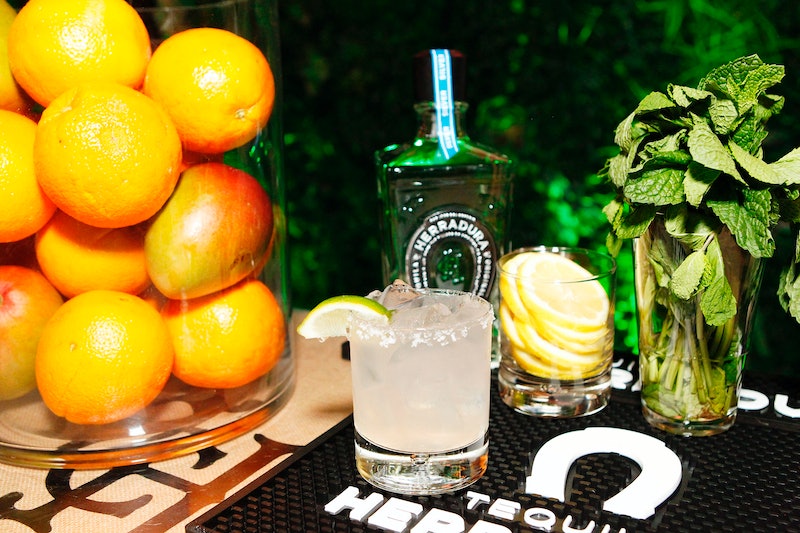 Alcohol isn’t good for you — no surprise there. We all know there are myriad reasons not to drink excessively.

The mind-altering substance of choice for so many people has big-picture health risks — according to WebMD, “researchers found that women who had as little as one drink a day boosted their risk of cancer of the breast, liver, rectum, throat, mouth, and esophagus.”

Alcohol also isn't great for you because it's packed with calories — 7 calories per gram — but no nutrients whatsoever, which means that liquors like vodka, gin, and whiskey are nothing but pure calories. Alcoholic beverages like beer, wine, and cider contain small amounts of the foods from which they are made, which gives them a small amount of nutritional value, but not enough to make them nutritionally worth their high caloric values.

If none of the above convinces you to quit, you're not alone. For many people, getting drinks with friends on a weekend or unwinding with a beer or glass of wine after a stressful work day are among life's most enjoyable activities. However, it is possible to make healthier choices when you're perusing the cocktail menu.

Sharon Richter, R.D. has a couple of tricks for this: First, order your drink “neat” (straight up) or “on the rocks” (over ice). These drinks are meant to be nursed, in small, gradual sips, which helps to avoid hangovers. And, because there are no mixers added, a major source of calories is eliminated. Second, to minimize the effects of drinking on your body and your hangover the next day, Richter advises drinking a full glass of water or seltzer between alcoholic beverages.

When you're ordering a drink, Richter’s top three picks are:

1. Tequila on the rocks

Tequila contains no carbohydrates and is usually consumed at a slow rate when served in this state (skip the shots!).

The major no-nos are somewhat predictable. Richter advises avoiding these three drinks and others with similar ingredients:

Have your margarita on the rocks and avoid pre-made mixes, many of which contain high fructose corn syrup. Instead of a mix, ask the bartender to use fresh lime juice and a small amount of Triple Sec.

A 12 oz. Budweiser contains 147 calories and 11 grams of carbohydrates, and many people who enjoy beer are used to having two or more in one sitting since it doesn't contain much alcohol relative to other spirits. Choosing a light beer does make a difference — it has 110 calories and 7 grams of carbohydrates — but often people use the lower caloric load as justification for drinking more.

BEWARE OF CARBOHYDRATES AND SUGARS IN YOUR DRINKS

A drink becomes a lot worse for you the more sugar it contains, and as you've probably guessed by now, most mixed drinks contain a lot. A seemingly simple standby cocktail like a Jack and Coke goes way up in calorie and sugar content due to the inclusion of the Coca Cola. A 10 fl. oz. drink made with Coca Cola and whiskey contains approximately 195 calories. By switching to Diet Coke, you can reduce that calorie count to 98.

Here's an extensive chart outlining the calorie and carb counts of tons of types of alcohol, including a huge variety of beers, and Greatist has a detailed infographic on healthier drinks.

Finally, if you are making cocktails at home, consider using sugar substitutes like Stevia.