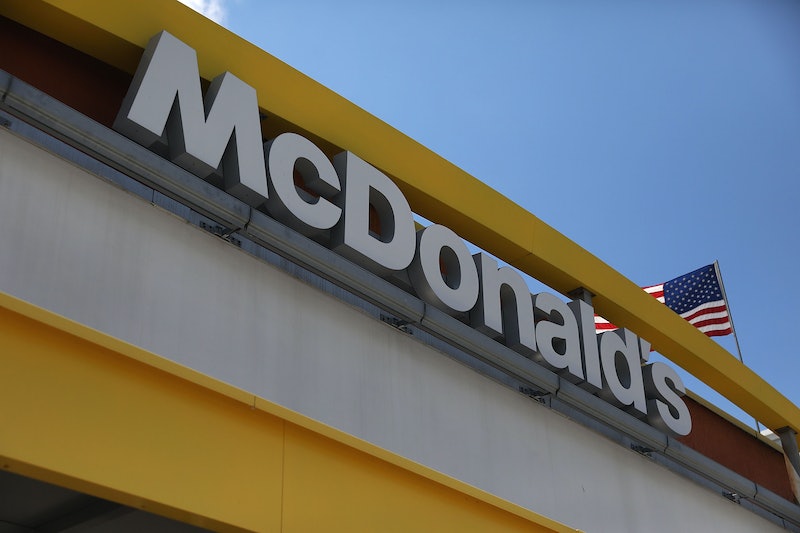 The iconic golden arches are heading for a change. A new McDonald's rebrand aims to introduce healthier food, increase consumer confidence, and boost declining sales. Haven’t they done this before?

Recently, the fast food conglomerate hosted an event for reporters and bloggers featuring a dinner made by celebrity chefs that used ingredients from the chain. The chefs served McNuggets in sweet and sour sauce as a Kung Pao chicken appetizer, and slow-cooked beef and French fry gnocchi topped with a fruit sauce from the chain’s smoothie mix. For dessert, chefs used McDonald's biscuit mix to create a pumpkin spice biscuit-donut hybrid. Sounds…interesting.

The fancy dinners are part of a campaign to change brand perception and promote McDonald's as a chain that uses fresh and high-quality ingredients. The fast food empire has recently been implementing menu changes, including adding a salad option to combo meals, offering to substitute egg whites in breakfast sandwiches, and introducing chicken wraps that are being touted as the first menu item to include cucumbers (ohhh exciting!).

But what is really going on here? Gawker’s Kitchenette points out that this could be an attempt for McDonald's to bounce back from recent failing sales and slumping profit margins. The brand has perhaps also finally realized that, though it is a stronghold of American culture, it is also a place where workers have been known to deal drugs and people have found enormously offensive things inside their food.

Let me be the first to say that no matter what sorts of produce-based, "healthy" items the brand introduces, or how many bizarre dinner parties they host, I will be staying far away from anything that is not their French fries (don’t judge me!). And don’t even think about trying to sell me on "high quality ingredients;" fast food places like McDonald's are one of the reasons that I became a vegetarian in the first place.