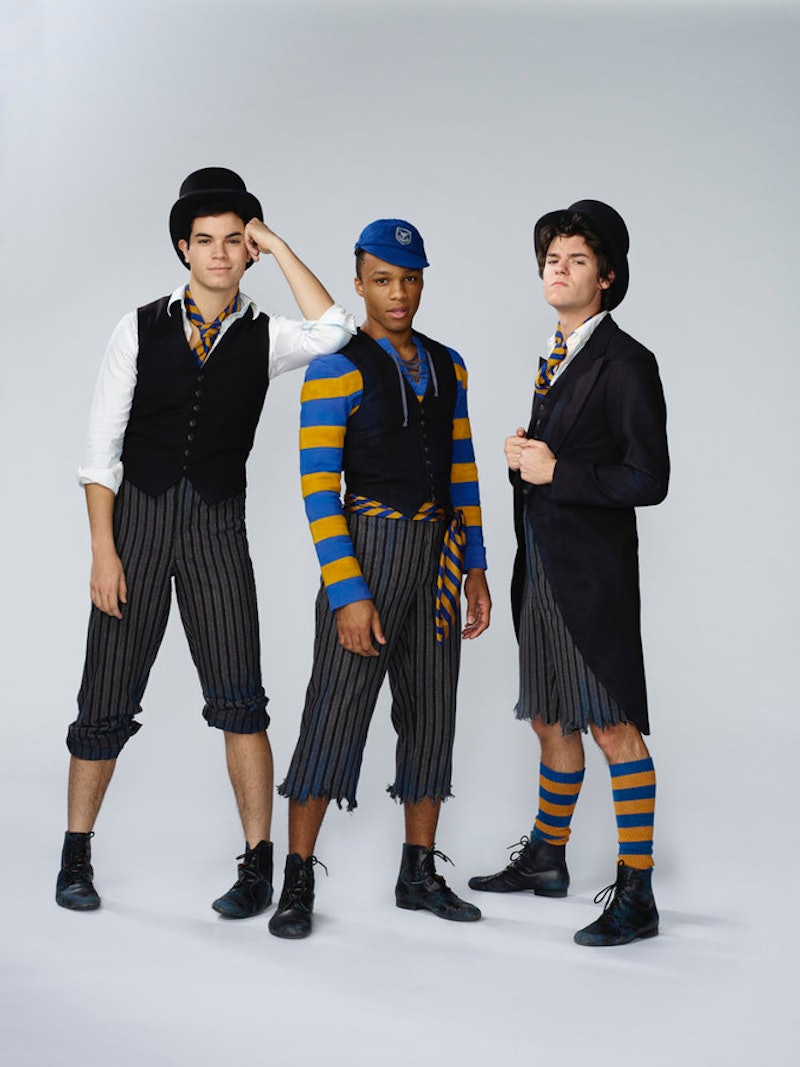 NBC chose Peter Pan as is latest live venture for the family friendly content and recognizable tunes. One of those is the Lost Boy anthem "I Won't Grow Up" — was Peter Pan Live 's performance up to snuff? This song is very important to me. My "community theatre debut" was as a lost boy in a production of Peter Pan and it was somewhere in the middle of this song that I completely lost myself and realized how empowering and uplifting and just plain fun it was to perform for the first time. It's always bugged me that there were no Lost Girls. I think the official reasoning is that girls are "too smart" — don't try to sweet talk me with compliments, Peter! I know how to recognize a "He Man Woman Hater's Club" when I'm being kicked out of one.

I have to say that NBC's is definitely a lot more syncopated than I've ever heard this song, at least towards the end. If you watched the Making of Peter Pan live special, you caught a glimpse of the music director describing the disobedient, jazzy sound he was looking for. The actors playing the Lost Boys are also much older than usual. I am older myself... so I'm not necessarily complaining.

Just the fact that Wendy is there makes this version different. She's usually offstage. In this new staging, the song was split up into pieces with short scenes in between that featured the pirates and the Indians. 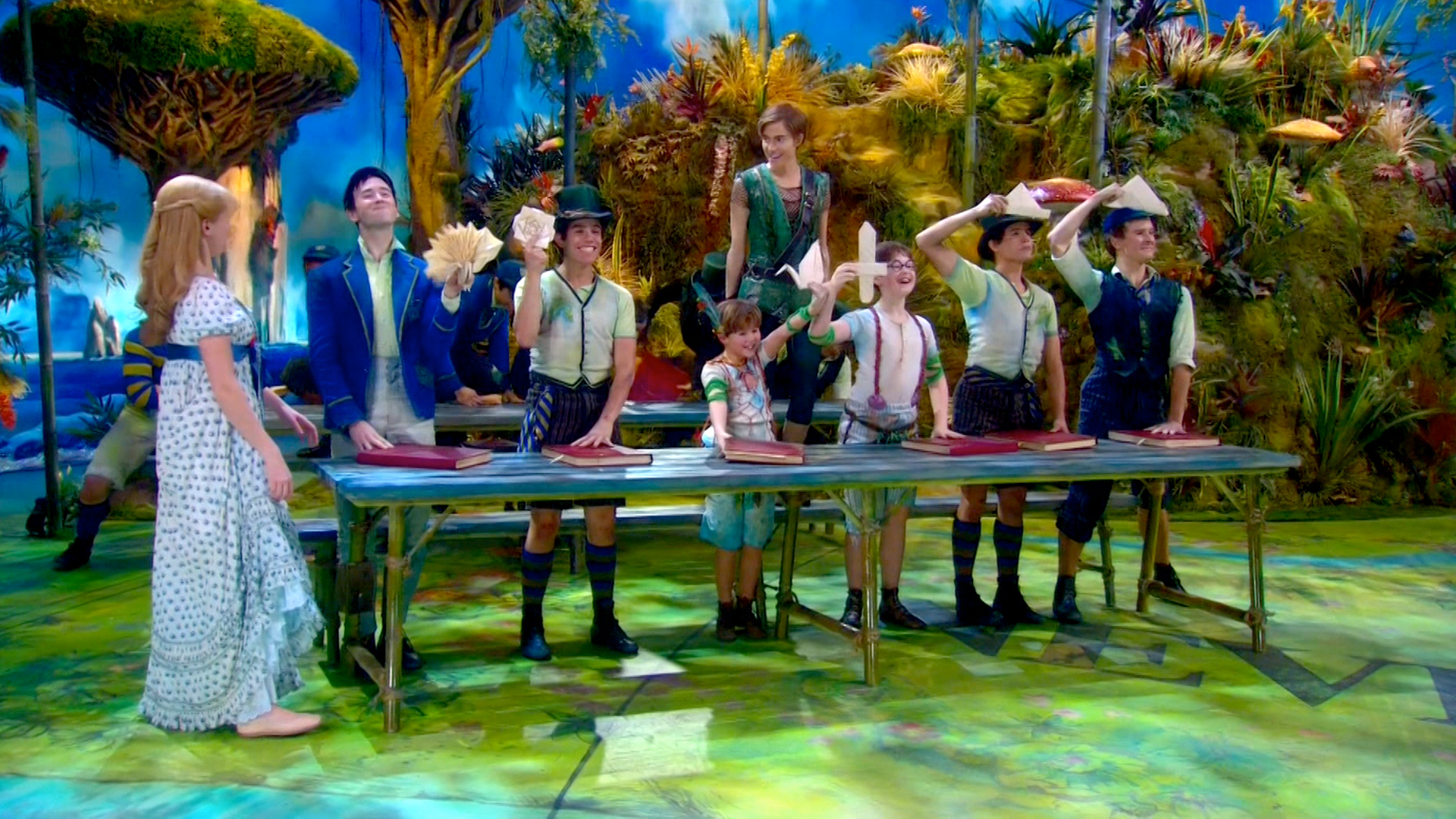 Here are the previous professional productions of the number. Let's compare!

The "original" television broadcast is so peppy and innocent, like the 1950s themselves. The boys hopped around Neverland. NBC's version started in the classroom, with tables and books and poor Wendy Darling trying to maintain order and "diplomacy."

Duncan's Pan is joyful and her voice is so clear, but I think this is my least favorite staging. Who wants to watch the boys stand in a line and do all the same dance moves for most of song? It's a little dull for my taste.

Peter Pan Live has the boys jumping over one another and flipping off of tables and balancing tea cups on their heads as the scene moved to a picnic. However, we missed all of the boys solos!

Very British, gets kind of mean? Peter becomes kind of a tyrant. Is this Once Upon a Time? I really believe those kids will be banished and that oath at the end seems super serious. Yikes.

This time around, the oath sounded a bit like a school song.