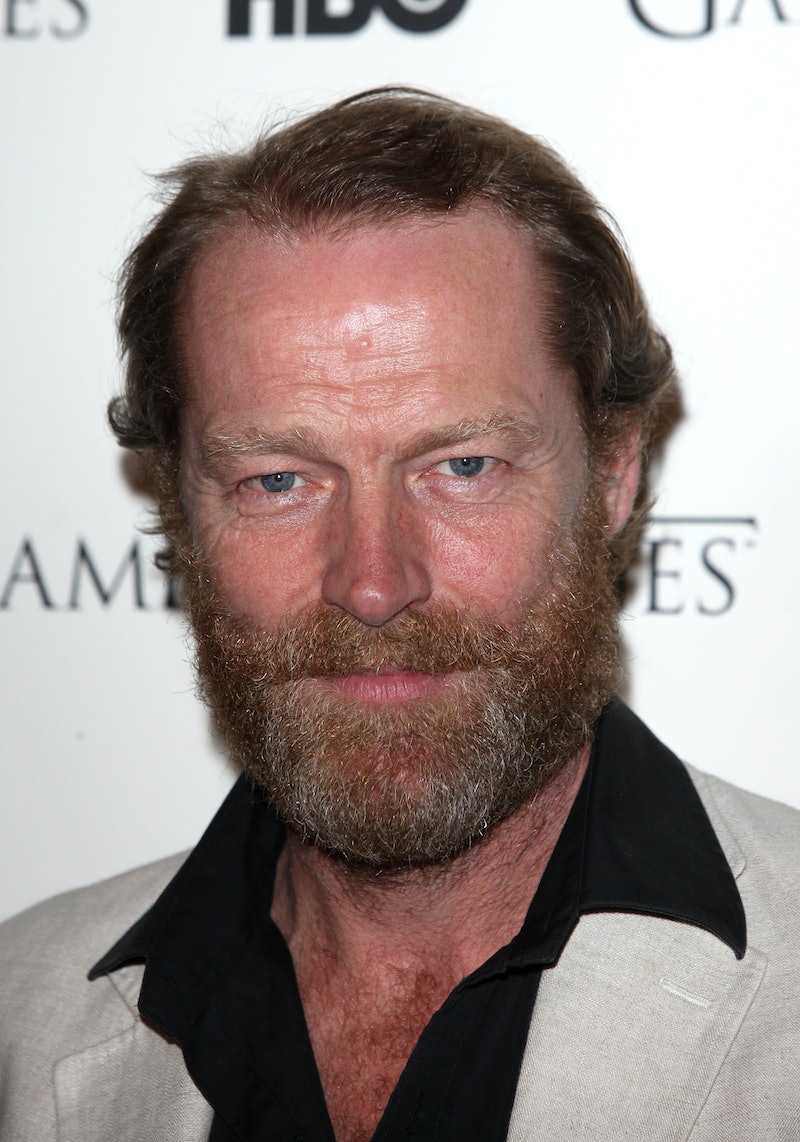 Do you ever have trouble separating an actor from a character he plays, and when you see that actor in something else can't help but get angry? Iain Glen, playing Jacob in The Red Tent , a Lifetime miniseries set during the Old Testament that premieres this Sunday, is one of those actors for me. The Scottish actor is talented, but I always roll my eyes when I see him on my television screen thanks to two of his more famous roles of late. On the two-night Lifetime event, he will play the biblical patriarch who had four wives and some pretty famous sons. This is a step up for Glen, considering his recent television ventures have left him wanting in the love department.

The actor has had a rich career. Movie buff and fans of professional Shakespearean fan fiction will recognize Iain Glen as Hamlet from Rosencrantz And Guildenstern Are Dead , the film adaptation of Tom Stoppard's play. He had a small role on a series about the Borgias, but not the most well-known series about the Borgias. He also played "Paul" on Prisoners Wives and Vaughn Edwards on the British series MI-5 , which you can check out on Netflix. Also on Netflix is a miniseries adaptation of The Diary of Anne Frank, in which Glen plays Anne's father.

However, here are the two roles that current television enthusiasts can pick out his face from.

In the second season of the BBC/Masterpiece series, Iain Glen played Sir Richard Carlisle. The newspaper proprietor courted Lady Mary and was even engaged to her, until a spat during charades (not joking — charades) ended their engagement. He was jealous, nouveau riche, and not against blackmailing nice people in order to get what he wants. The nobleman was so insufferable that my friends and I started calling him "Sir Richard Newspapers" out of spite. Trust me, I hated Matthew Crawley's fiancé Lavinia just as much. We were so anxious for Mary and Matthew to just kiss already, and I'll never forgive Newspapers for limiting the time they had together.

I swear to the old Gods and the new — she doesn't like you, Jorah! Take a hint. On the HBO series Game of Thrones, Iain Glen plays Ser Jorah Mormont. In theory, he is a valuable political advisor and former slave-trader now working as a Westerosi abolitionist in Essos. They are two separate countries, non-fans. So that is interesting. However, to me he's just the guy who's always moping around like "woe is me, my Khaleesi put me in the 'friend zone'" even though she's pretty open about her affections and I'm pretty sure he has a wife anyway. Not gonna lie, I may have cheered when Daenerys banished him in the last season. I'm sure plenty of people find Jorah Mormont's loyalty charming, but not this girl. He's creepy and needs to go.

Hopefully, by the time The Red Tent premieres on Lifetime, I'll be able to set aside my prejudices about the roles Glen plays and give Jacob a fair shot.