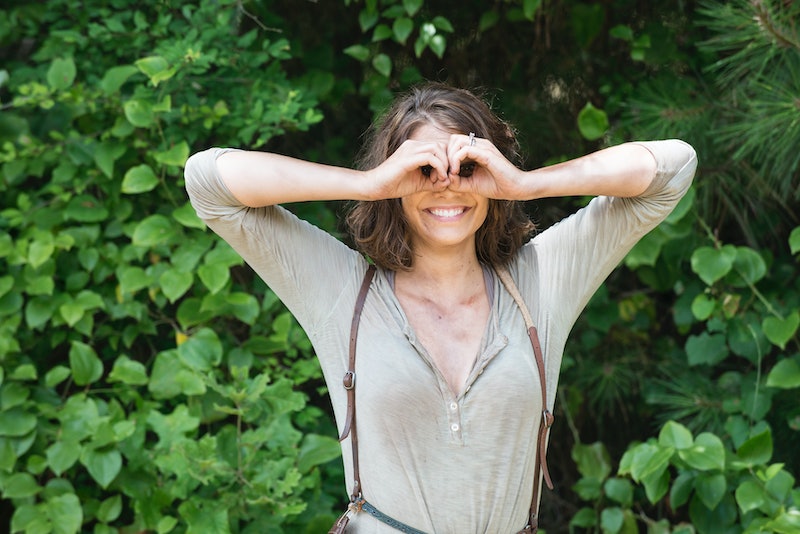 It's almost too sad to talk about. I don't think I fully processed Beth's death until I saw Maggie break down outside of Grady Memorial. What could possibly be next for Maggie Greene on The Walking Dead ? How can she move on after such a devastating blow? It may be the apocalypse, but Michonne had just raised her hopes about Beth being alive. I have to say, I'm glad Lauren Cohen's character was around to mourn her sister. When she and Glen left with Abraham it felt harsh! I know they are only half-sisters, but she was the only family that Maggie had left.

When The Walking Dead returns, they have a lot of questions to answer. It seems likely that they'll continue on the road to Washington. Morgan is catching up with the group — and we need to know for sure who left that note about the new world needing Rick Grimes. It was Abe's map, so probably Abe, but why?

Maggie has been on the sidelines so far this season. She volunteered to stay behind with Eugene while Glen and the other girls went off for fishing fun times. She learned Tara's secret about being in The Governor's crew (though I don't think anybody cares, Tara.) Hopefully, Maggie will step back into the spotlight. If we follow the graphic novel, here are some possibilities of different turns her story could take.

Around this point in the comics, Maggie tries to hang herself. Her rescue becomes a source of tension between Glenn and Abraham. Considering the clashes that those two have already had on the show, I'm wondering if they aren't setting us up for this when the show returns. Plus, Dawn mentioned Beth Greene's suicidal tendencies twice during her time at the hospital. Now that Beth's gone, that has to mean something. Right?

Bun In The Oven

A little later in the comics, once the group has visited both the Alexandria Safe-Zone and the Hilltop Colony, Maggie becomes pregnant. Unfortunately, it's just after this happens that Glenn dies at the hands of Negan. So maybe we don't want a pregnancy story just yet. However, it would be interesting to see a new take on parenthood. Many Walking Dead characters are faced with their own parents, memories of being parents and new roles as parents in this world.

Even if a new baby isn't on the way just yet. Glenn and Maggie do become surrogate parents to Sophia in the comics. Sophia is long dead, and we're losing children fast on this show. Who could join their little family? Noah? Possibly a new character? I would be on the lookout for a youngster who shows up when Season 5 returns. They could be the perfect addition to our favorite couple.

Leader Of The Pack

Even further down the line, Maggie becomes a leader at Hilltop. I hate to say it, but was Beth just foreshadowing the role that Maggie will take in the series? I kind of doubt that. The Greens sisters aren't interchangeable. However, the fact that Maggie stayed behind to keep an eye on Eugene while Abraham cooled down shows a lot of diplomacy and, for lack of a better word, leadership.

More like this
10 Must-Read New Books Out This Week
By K.W. Colyard
This Episode 6 Moment Foreshadows Viserys' Fate On 'House Of The Dragon'
By Grace Wehniainen
'The Distant Echo’s Ending Mirrors 'Karen Pirie' In One Crucial Way
By Catharina Cheung
Everything To Know About 'The Last Of Us' TV Adaptation
By Sophie McEvoy and Radhika Menon
Get Even More From Bustle — Sign Up For The Newsletter