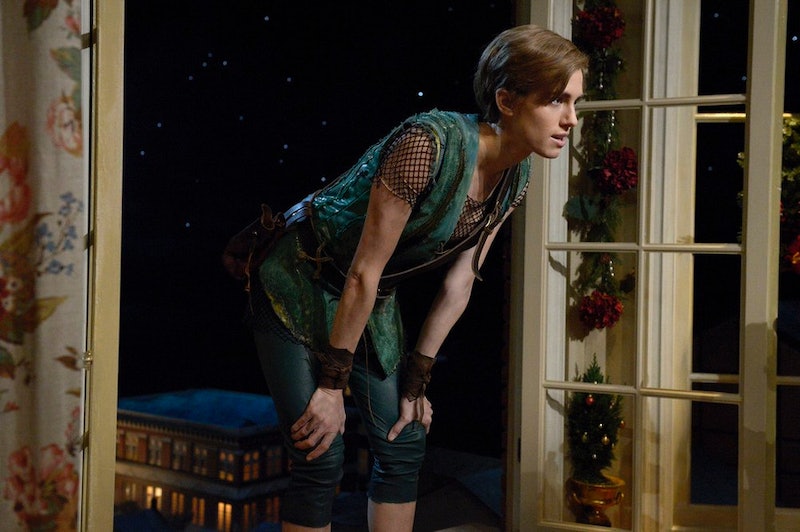 Success, fans of Brian William's daughter and televised musical theater! Allison Williams' first Peter Pan Live song went off without a hitch. Not that I was ever worried, but you never know with the nerves of live performance. What if the music cue hadn't come in?

As some of us learned in the Making Of special, the orchestra tracks have all been pre-recorded. So this isn't completely live — but there's still a lot of moving parts. The only mistake I've caught so far is an essential line — did she say "second to the right" instead of "second star to the right?" The first song that Allison Williams' character sings, "I've Gotta Crow," sounded incredible. Wendy had just fixed Pan's broken shadow, which Peter takes credit for. Typical man.

In fact, their interaction mirrored the Darling parents. Mrs. Darling fixed Mr. Darling's tie and the husband took credit for his wife's heroic rescue. So many lines seem like metaphors about men and women and maturity. ("I often forget things. Some people find it endearing.") I can already tell that Wendy is in over her head with her relationship to the Boy Who Doesn't Grow Up. So I was eager for Peter Pan to get to singing. Then, there were dancing shadows! Williams seems a bit nervous, but I think she'll ease into it as the night goes on. The song is about having confidence, even when you don't have the accomplishments to back it up. Allison Williams performed that bravado with ease, jumping on beds and starting a precedent for disobedience that we're sure to see throughout the show. 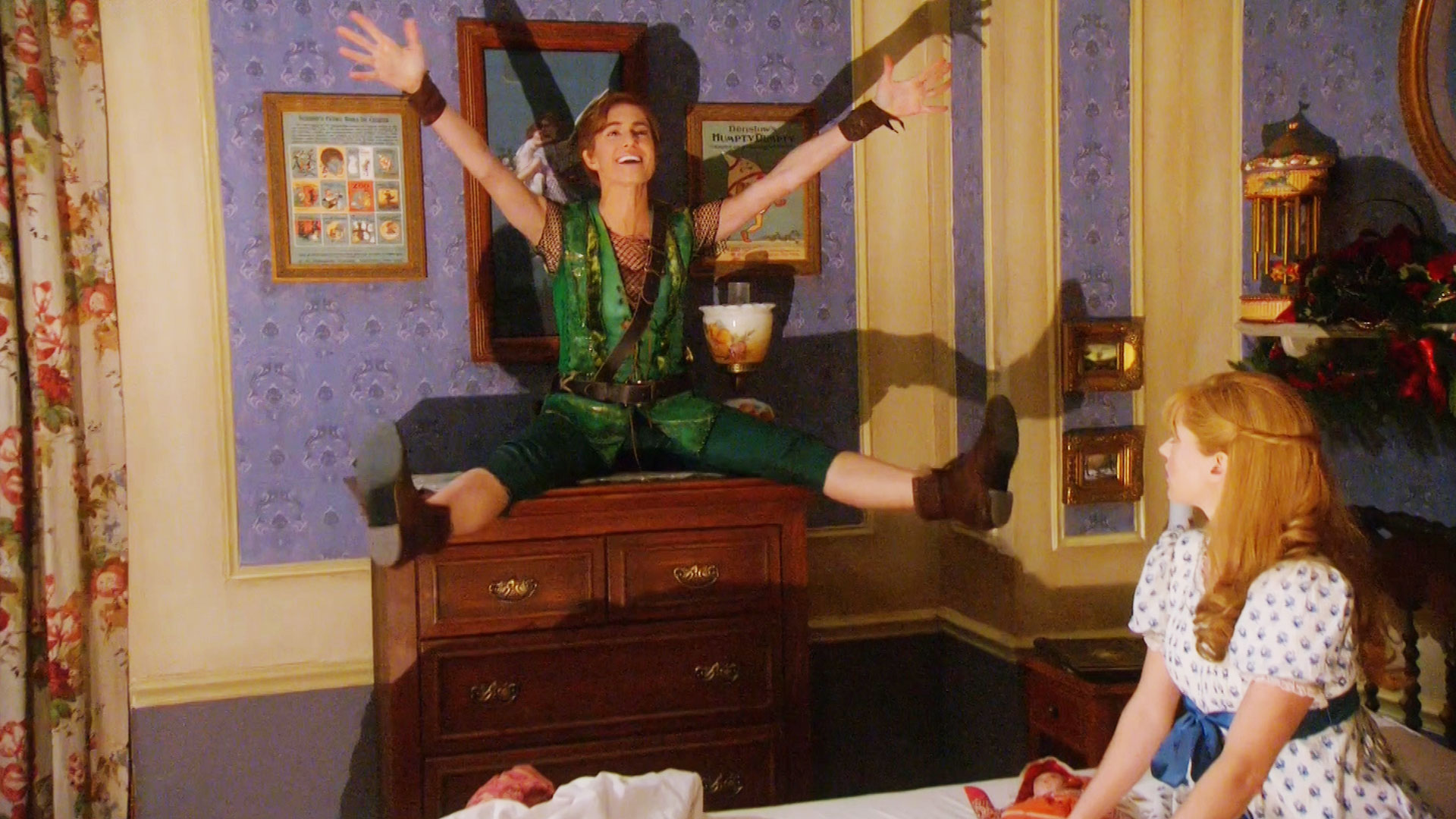 However, it was an interesting musical choice — I seem to remember that there's crowing throughout the song. After she sings "I've gotta crow," there's typically three crows. Instead, we heard that bit of the song through the orchestra, and Peter waited until the end to unleash his inner bird.

I'm excited! This bodes well for the show. This song is reprised later in the show (spoiler alert) so we'll see how Allison Williams does the second time around. Maybe there will be more crowing.

More like this
Did 'Grey’s Anatomy' Just Drop A Major Taylor Swift Easter Egg?
By Grace Wehniainen
Tove Lo Is Still Crying On The Dance Floor
By Ivana Rihter
Kesha Is Down To Be The Next Bachelorette
By Jake Viswanath
Everything To Know About Taylor Swift’s 10th Studio Album, 'Midnights'
By Grace Wehniainen and Jake Viswanath
Get Even More From Bustle — Sign Up For The Newsletter