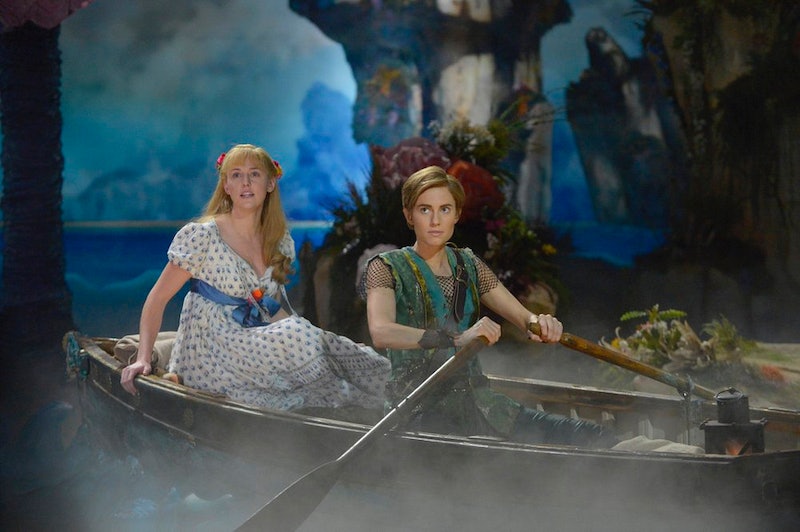 Slow your roll, Wendy. NBC's Peter Pan Live included a new Wendy song called "Only Pretend." Taylor Louderman, who starred on Broadway in Bring It On, finally got to stretch her vocal range. She sings about not being able to understand her feelings towards Peter, and wanting her experience in Neverland to be a bit more real. After her fights with Tinker Bell and and Tiger Lily over Pan's affections and the clearly more grown-up mermaids in the lagoon, Wendy is in a bad place right now. Poor Wendy. Who hasn't had those feelings? It hurts my heart. Peter knows how to play at being married, but it's "only pretend." With the two of them in that boat, I'm sure I'm not the only one who compared it to "Kiss The Girl" from The Little Mermaid. Sha la la!

According to Entertainment Weekly, the song was adapted from another song by original Pan composers Betty Comden and Adolph Green, with new lyric by the latter's daughter, Amanda Green. They took pre-existing music so that it would have the same feel and blend in well with the show.

The new song was sweet, and served as a nice transition while Peter rowed the two of them past mermaids in the lagoon. However, I had pretty high expectations and I don't think they were met. Wendy singing a love song for Peter Pan? Every girl should want to sing that song. It had the potential to be this year's "Let It Go" or "On My Own," but the ditty was too short to have that big of an impact, I'm afraid. We'll see. The tune was catchy, and maybe we'll all be singing it tomorrow. 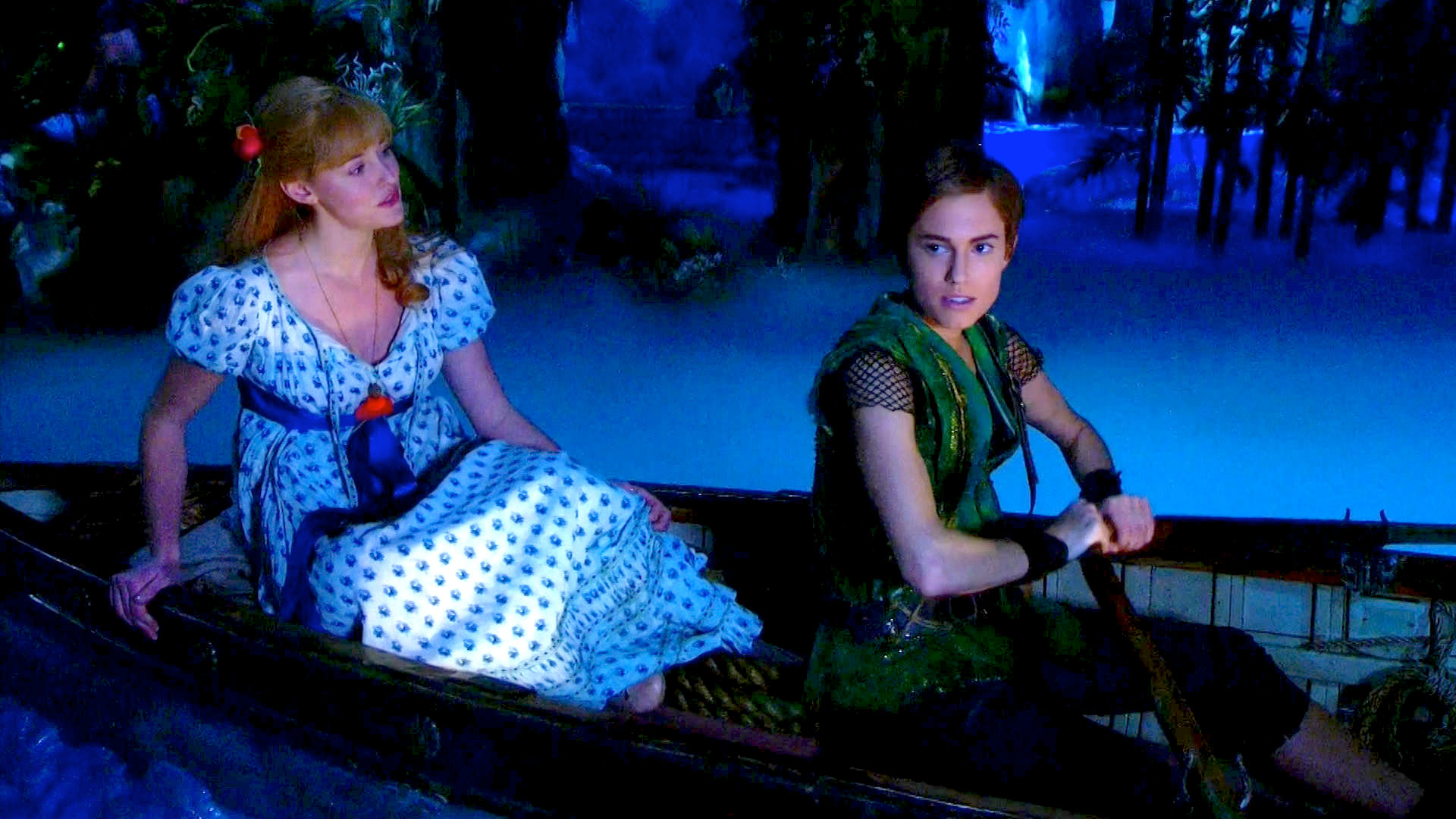 At the end of the song, Peter gives Wendy a comb that she thinks is a gift and he kind of shrugs off. Silly kids. Neither of them have learned. The song was revived at the end of the musical with Mrs. Darling as she pretended her children were home, because we need more Kelli O'Hara!

More like this
The Spice Girls Just Dropped A Brand New Music Video
By Sam Ramsden
The Best 'Grey's Anatomy' Intern Moments, From MAGIC to Glasses
By Grace Wehniainen
24 Years Ago, 'Friends' Dropped Its Most Underrated Ross & Rachel Episode
By Grace Wehniainen
Netflix Reveals First Look At Wednesday In The 'Addams Family' Spinoff Series
By Bustle Editors
Get Even More From Bustle — Sign Up For The Newsletter