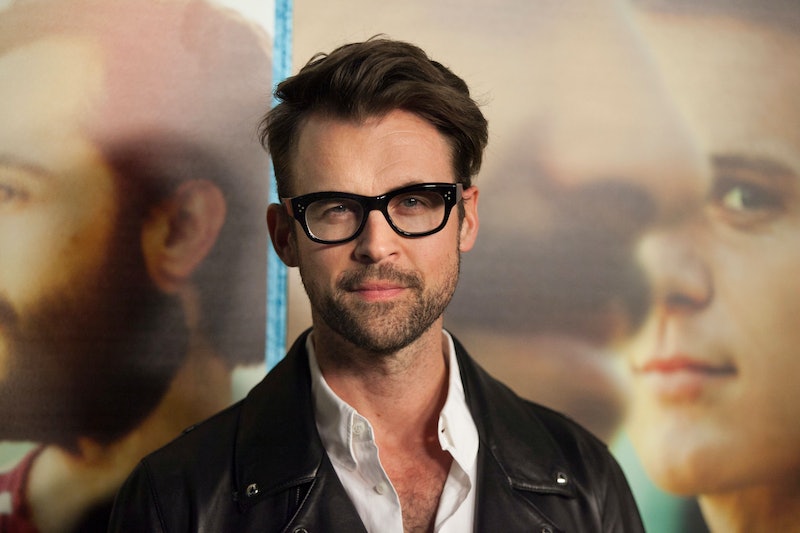 Celebrity engagement news comes out constantly, but the latest married-couple-to-be is one I can truly get behind. Brad Goreski is engaged to Gary Janetti! Woo!!! Pop champagne! Upon hearing this news, I have two questions I must immediately ask: Is It's a Brad, Brad Wedding on it's way? And, if so, when does it premiere? Because I can't freakin' wait.

If you were a fan of The Rachel Zoe Project, you know Goreski as her styling assistant who bravely left her to become a stylist on his own with, of course, a Bravo TV show of his own, too. It's a Brad, Brad World followed Goreski as he styled Hollywood starlets, as well as his relationship with long-time boyfriend Janetti — a TV writer and producer. And, if you watched, you know the two are amazing together. I mean, that anniversary party when Janetti planned a surprise performance of "One Day More" from Les Miserables featuring their friends and family? AMAZING! I can't even imagine what It's a Brad, Brad Wedding would bring! (For real though, if this happens they should consider calling it It's a Brad, Gary Wedding. It's only fair.)

While news of Goreski and Janetti's engagement is only coming out now, they actually got engaged way back in August. Goreski told E! on Sunday, "We got engaged in August. I'm a bridezilla already. Who's gonna design my gown? The big question already!"

The engagement isn't the only great news Goreski's gotten recently. On Dec. 1, it was announced that he would be taking over for George Kotsiopoulos on the new version of Fashion Police which will feature Kathy Griffin replacing Joan Rivers as lead host.

Well, I don't know about you, but I think he could still handle a Bravo spin-off show. Ball's in your court, Brad.