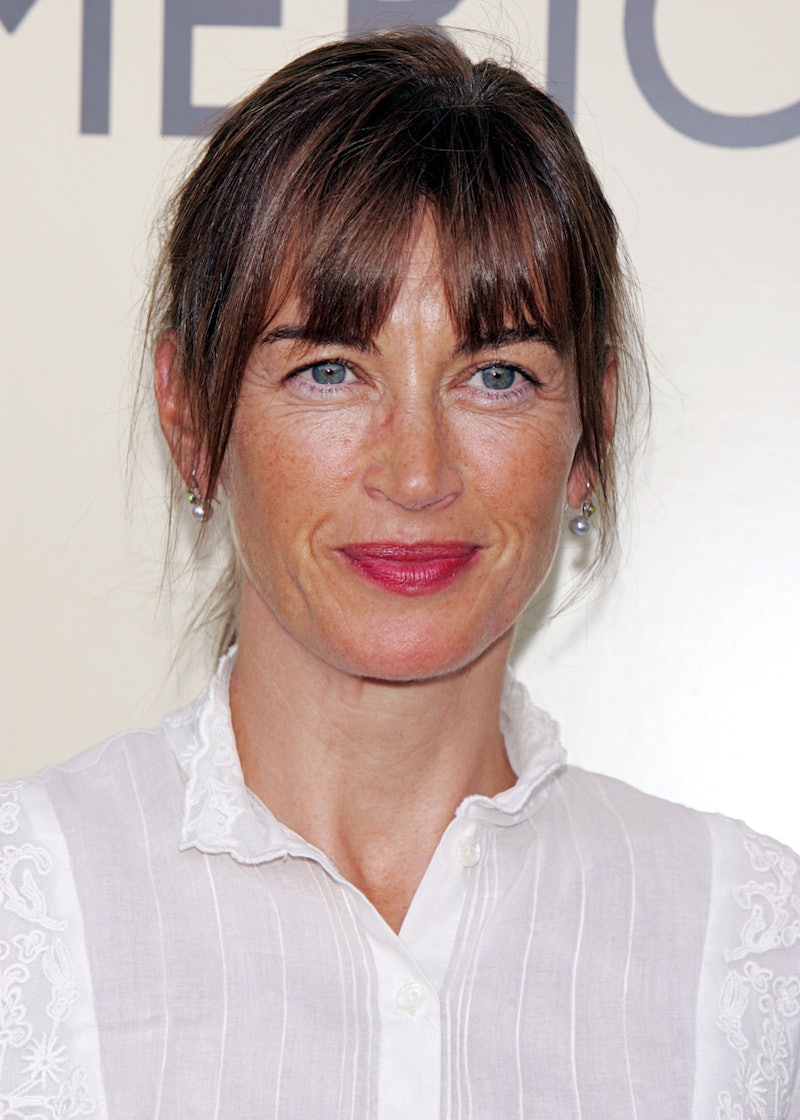 The Flash is sure to have some twists planned for the midseason finale this Tuesday on The CW, and we know it will have some exciting guest stars as well. Amanda Pays will play The Flash's Tina McGee. Pays is reprising the role she played in the 1990s Flash series. This is interesting, especially on the heel of the announcement that Mark Hamill is also reprising his role as The Trickster. What is this series trying to say? What universe is it taking place in? Remember, John Wesley Shipp, the actor who plays Barry Allen's father Henry on the CW series, played Barry on the original '90s show with Hamill and Pays too. What if Barry's Dad is actually Barry from the future? What if Barry Allen's Dad is Barry from the future and also Reverse-Flash? Is that too Oedipal? Is that too Back to the Future? Probably. Still, it's interesting that they keep making these casting choices and I would not turn a blind eye.

According to the official episode description for "The Man In The Yellow Suit," Cisco Ramon and Harrison Wells are after Reverse-Flash. He escapes, and the two scientists figure out how to catch him. "All they need is bait, so they turn to Dr. Tina McGee from Mercury Labs to help." We've never seen Mercury Labs on this show. And what do they mean by bait? Let's go over what we know about Tina, maybe it'll help understand some other questions.

In the comics, she worked in S.T.A.R. Labs, studying The Flash's metabolism. This has come into play on the CW series as well, with Barry causing himself to faint and not being able to get drunk. What kind of bait could a nutritionist come up with? Some sort of cocktail, like the liquor that Caitlin developed for Barry's buzz? Brings a whole new meaning to the word "superfood," am I right?

She was also married to Jerry McGee in the comics, who became Speed Demon and Speed McGee (have fun with that, Cisco). For a while in the comics, she lived with Kid Flash, also known as Wally West, despite being over 10 years older than him.

Could she be human bait on The Flash's winter finale? Maybe she knows Reverse-Flash somehow. I wonder if she's one of the former employees of S.T.A.R. Labs that hightailed it when the particle accelerator released dark matter and caused a PR disaster. Perhaps she fled to Mercury Labs, which is in another town. Or, Mercury Labs was created by former S.T.A.R. scientists needing a fresh start. She must at least know Harrison Wells. Who doesn't?

On the 1990 series, Tina McGee took on the Caitlin Snow role. At least, that's the way I see it. She helped Barry to understand his powers, built his super suit, and was one of his love interests. However Jerry did not appear on the show, Tina was widowed. She was also British. Expect a lot of nods to the original series in Tuesday night's midseason finale, especially if Henry Allen makes an appearance.

More like this
Harry Potter's Viktor Krum Has Undergone A Huge Transformation Since Hogwarts
By Sam Ramsden and Meguire Hennes
Nicola Coughlan Shared A Lady Whistledown Excerpt From ‘Bridgerton’ Season 3
By Grace Wehniainen, Alyssa Lapid and Sam Ramsden
A New 'And Just Like That' Table Read Pic Confirms A Key Character's Return
By Jack Irvin and Grace Wehniainen
You’ll Definitely Recognise Both Of Ty Tennant’s Parents
By Maxine Harrison
Get Even More From Bustle — Sign Up For The Newsletter