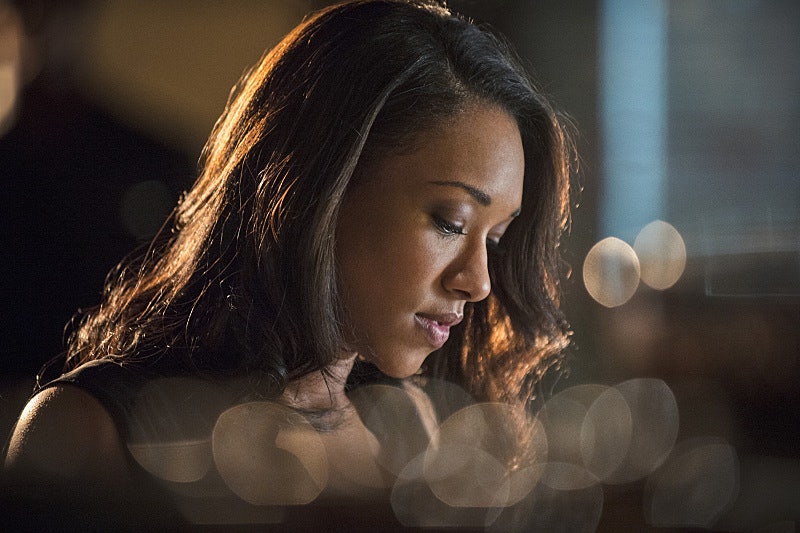 The West family is obviously very important to Barry Allen on The Flash. He's unabashedly in love with Iris, and her father Detective Joe West practically raised Barry when his mother was killed and his own father was sent to jail for her murder. But whatever happened to Iris' mother on The Flash ? We've never heard anything about her. We haven't seen her in any flashbacks. Something must have happened there. Did she die? You'd think that would be a reason why she's bonded with Barry Allen, if both of them have lost their mothers. I'm surprised they haven't brought it up on the show. Did Iris' mother leave them? Does she even know who her mother is? I did a little digging into DC Comics lore and found that Iris could have a more mythic past than we originally thought.

Basically, there are two "mothers" that (spoiler alert) Iris West Allen has in the comic books. Neither of these characters have appeared on the show, or been mentioned. But I'm starting to piece together how this could all fit into the CW show already. Her story connects to the time travel we've already introduced through Harrison Wells' predictive textbook.

In the comics, the Russells are the biological parents of Iris in the thirtieth Century and sent their child back in time to live with the Wests for safe keeping. You know, like Emma Swan on Once Upon A Time.

Nadine is the wife of Professor Ira West and had two other children before Iris was sent to her. They never told her that she was adopted, but she always had a feeling. Iris learned of her origin by looking through her father's things. Sadly, Nadine eventually died. I think this character is most likely to appear on the show, since she shares the name "West" and that won't confuse viewers. However, I wouldn't get too excited that the West siblings, Rudy and Charlotte, will be making an appearance as well.

I hope we do see a version of one of these storylines on the show. I want to like Iris, but sometimes the way she's written is kind of bland. My theory is that on The Flash, Iris was sent to Joe West from the future by her biological parents and he has raised her as a single Dad the whole time, the same way he took in Barry. Harrison Wells can't be the only person from the future, if the future is at play on this show.

While Mr. West may not be an absent-minded professor like he was in the comics, his investigative journey has him slated for greater things in this universe. I would not be surprised if he fed Iris a story at a young age and is too ashamed at this point to tell her the truth. He is an advocate for keeping Barry's identity as The Flash secret from his daughter, which makes me wonder what other secrets he could be keeping from Iris.

More like this
Nicola Coughlan Shared A Lady Whistledown Excerpt From ‘Bridgerton’ Season 3
By Grace Wehniainen, Alyssa Lapid and Sam Ramsden
Viserys’ Fate On 'House Of The Dragon' Could Differ From The Book In This Surprising Way
By Grace Wehniainen
'The Lord of the Rings: The Rings of Power' Revisits Iconic Spots From 'The Hobbit'
By Darshita Goyal
Everything You Need To Know About 'Rings Of Power' Actor Charlie Vickers
By Darshita Goyal
Get Even More From Bustle — Sign Up For The Newsletter