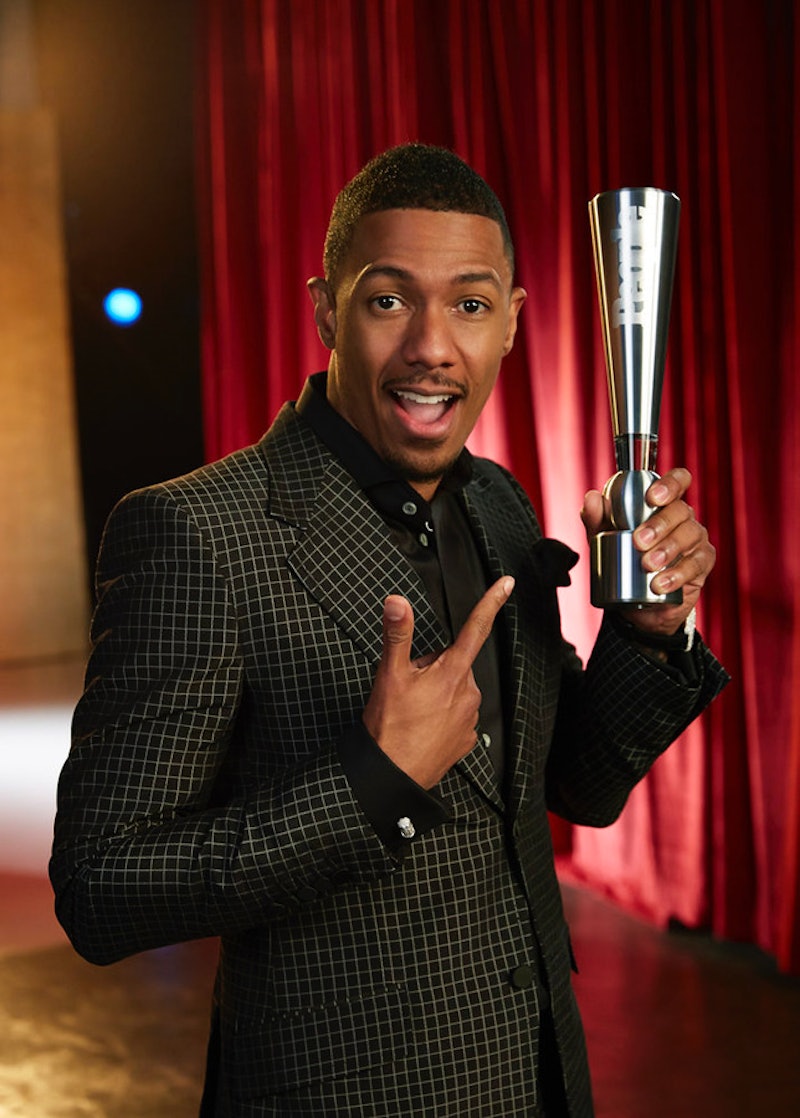 Every year, People Magazine names its Sexiest Man Alive and, boy, does it cause a huge stir. This year, the coveted title went to Aussie hunk Chris Hemsworth and the internet swooned. But People loves all beautiful people, especially in their annual Most Beautiful People issue. Now, the magazine is expanding into making these selections into trophy-receiving categories on the People Magazine Awards , premiering Thursday night on NBC. And which beautiful person did People choose to host the brand new star-studded event? Nick Cannon, who is thrilled to take on the gig — and it's definitely not his first as host.

“People Magazine has created an indelible imprint on pop culture and it is truly an honor for me to be asked to host their very first televised live awards ceremony,” Cannon said in a statement to NBC. “For the show to be broadcast on NBC makes it even more special for me. Looking forward to an amazing night and hopefully this will launch a new category for People to name me Sexiest Host Alive in 2015." See? He's funny, fresh, and not scared to be himself. Plus, like I said above, Cannon is no stranger to being the host with the mostest. Just look at all his other hosting creds:

Cannon first cut his hosting teeth with this improv, sketch, and variety series that he created on Nickelodeon and MTV. It premiered in 2005, then ended in 2007 — and it returned from the dead in 2013 on MTV2. Last month, the channel renewed the show for its seventh season, because Cannon can't stop getting Wild. After all, his name is in the title of the show.

In addition Wild N Out, Cannon has hosted the popular NBC talent show — no, not The Voice — America's Got Talent for the past six seasons. He's pranked the judges with a mime, wore $2 million shoes, pole danced, and gotten into tons of mischief on and off the show's stage.

Most likely, Cannon makes a great host because he has roots in stand-comedy, in addition to acting and producing. His first stand-up special Mr. Showbiz premiered on Showtime in 2011. The special was filmed at the Palms Casino Resort in Las Vegas and even includes some Cannon jokes about then wife Mariah Carey, who was about to give birth to their twins Monroe and Morrocan back then.

Cannon and Carey married in 2008, then separated and filed for divorce earlier this year.