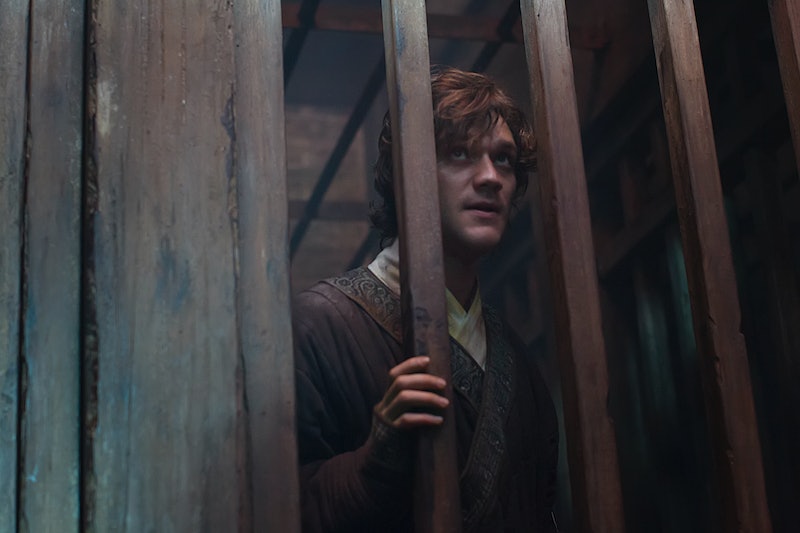 Critics may not agree, but are you loving Marco Polo on Netflix? What's better than a fresh take on history with gorgeous costumes and cinematography? That said, just how historically accurate is Marco Polo on Marco Polo ? It's hard to tell, quite frankly. There are too many versions and translations of Polo's book, The Travels of Marco Polo, to settle on one account of his "stay" in Kublai Khan's court and further Asian adventures. Some people don't believe Marco Polo's book at all, because he fails to observe parts of Chinese and Mongol culture that were too prevalent to miss at that time. Since there are not so many accounts from that era, there's no way to prove that the stories told on the Netflix series are innacurate. They might have happened; think of it like historical fanfiction.

According to his book, Marco Polo and his brother did enter the court of Kublai Khan around the year 1275 with oil and papal papers upon request after their first meeting with the leader. Their task was to bring other Europeans They lived there for over a decade. They were, essentially, prisoners in the court. However, it is said that Marco Polo's skills in observation made him a powerful advisor. This explains a lot about the show. It seems all actor Lorenzo Richelmy does as Marco Polo is stand around and observe stuff! He observes for his job. He observes his love interest. It does not make for very compelling television, I must say. I'm far more interested in the other characters.

However, this is not a documentary. Here are a few departures that the show has made from history as we know it.

I think the most exaggerated, or speculated, part of the story must be Polo's relationship with the Blue Princess Kokachin. On the show, he falls for her the moment he sets eyes on her and they immediately get to bickering — very stylized, noble bickering, of course. What's more romantic than a middle class foreign prisoner falling for the royal rebellious daughter of his captor? I can understand how the show couldn't resist telling this story.

However, Marco Polo's famous book that the show draws history from is mostly an account of Eastern culture, politics and trading, not a paperback romance novel. This is probably inspired by Polo's last duty for Khan — escorting the princess on a journey to Persia for an arranged marriage. According to him, Polo begged to escort the seventeen year old lady as a favor, but there is no account of their relationship. It's more likely, in my opinion, that he just saw this as an out so that he could finally return to Europe. How cynical of me.

Another possibly embellished bit is Polo's training with Hundred Eyes. While he did enter the service upon his return to Italy, there's no evidence that he brought back any Eastern fighting techniques. I'm a fan of swordplay and physical training on screen (I loved Pacific Rim and I miss Arya Stark's dancing lessons on Game of Thrones). It's a bonus when it's used creatively, but not necessary (looking at you, Oliver Queen).

However, this is most likely invented by the writers and producers. I suppose you could assume that a keen observer like Polo might have picked up a few tricks... or taken up lessons because what else are you going to do in court? It certainly would have aided him on his travels with the Khan. I'm also not complaining, because Hundred Eyes is such a cool character, and he's blind! I'm all for representation of the visually impaired.

More like this
Nicola Coughlan Shared A Lady Whistledown Excerpt From ‘Bridgerton’ Season 3
By Grace Wehniainen, Alyssa Lapid and Sam Ramsden
'Heartstopper' S2 Just Welcomed Four Brand New Cast Members
By Nola Ojomu and Sam Ramsden
Viserys’ Fate On 'House Of The Dragon' Could Differ From The Book In This Surprising Way
By Grace Wehniainen
'The Lord of the Rings: The Rings of Power' Revisits Iconic Spots From 'The Hobbit'
By Darshita Goyal
Get Even More From Bustle — Sign Up For The Newsletter