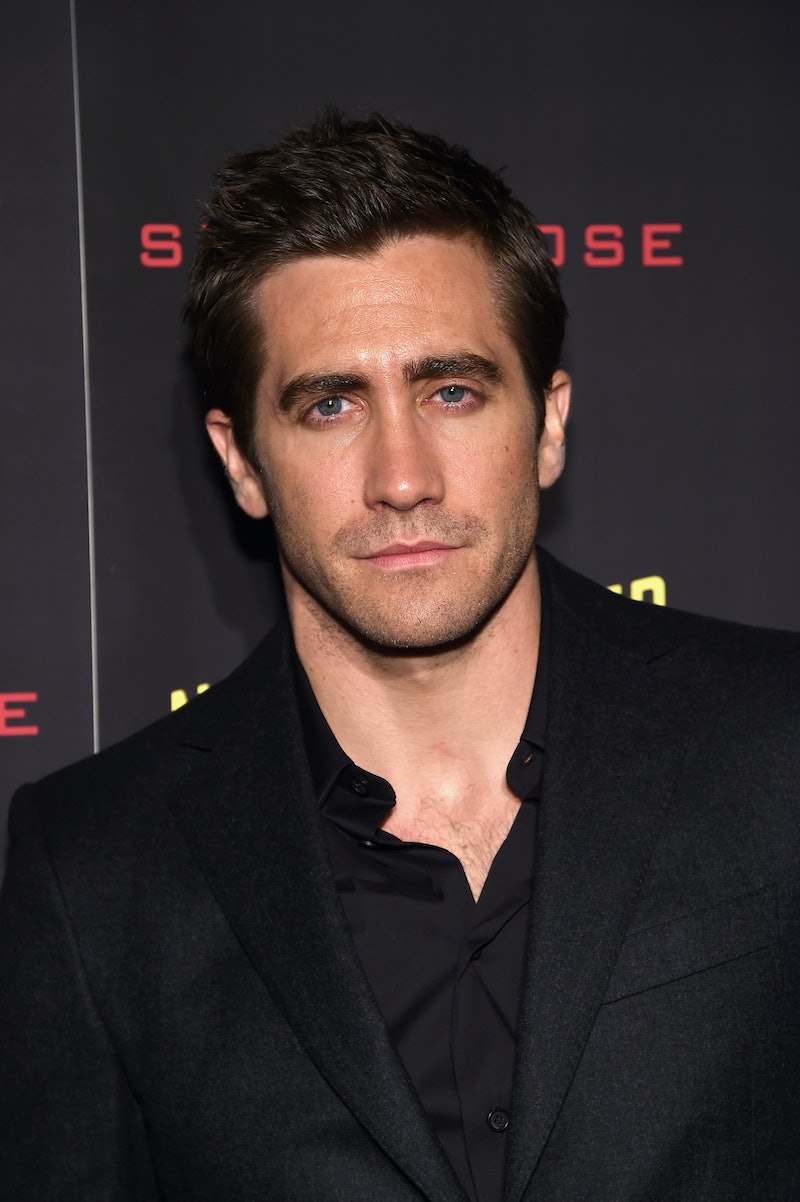 Oh, Jake Gyllenhaal. How my heart still beats for you, even though you've chosen to date several A-list actresses over me throughout the years. I still have hope that our paths will cross one fateful day on the subway — you wait and see. Anyway, much to my chagrin, reports have been popping up that Jake Gyllenhaal has been quietly dating Ruth Wilson, his co-star in the Broadway play Constellations. As is usual when these alleged dating reports come up, I have to take a closer look at the lady who will be occupying the time before the actor and I meet. You know, just to make sure he's in good hands.

Turns out, Ruth Wilson, is quite the talented thespian. The English actress has already been having a pretty amazing year, being part of Showtime's newest hit show, The Affair. She's also followed in the steps of many up-and-coming English actresses by playing a literary character at some point — she starred as Jane Eyre in the 2006 BBC adaptation. In June of this year, it was announced that Wilson would be co-starring alongside Gyllenhaal in Constellations, which will open on Broadway in January 2015. The production is billed as:

One relationship. Infinite possibilities. An explosive new play about the boundless potential of a first encounter, free will, and friendship.

Hmm, sounds like lots of intimate scenes will be shared and, according to E!, Wilson and Gyllenhaal are exploring these possibilities by going out "arm in arm" for dinner dates, appearing at events together and, of course, canoodling about town after their rehearsals for the upcoming show.

This got me thinking about Jakey's dating past, and seems like he sure does like spending extra alone time with his co-stars that eventually leads to romance. Could he just be the ultimate method actor or a man that knows how to work his charms? It's obviously both.

One of Gyllenhaal's first loves and longest relationships was with Kirsten Dunst, who he dated from 2004 to 2006, after an introduction by his sister, Maggie Gyllenhaal. So, maybe she wasn't his co-star but Dunst grew close to Maggie while they both filmed Mona Lisa Smile, and when you're good with the sister, I think you're IN.

Following their breakup, it was reported (although never confirmed) that Gyllenhaal briefly dated his Brothers co-star, Natalie Portman. They remained friends and Gyllenhaal made some friendly jokes at her expense at an awards show.

His next serious relationship once again came from one of his film co-stars, Reese Witherspoon, and as much as it hurt me, I totally thought these two were going to get married. Dating for two years until 2009, it seems like only his girlfriends who are in the acting business can share in the same stresses, because his next few relationships with non-actresses did not fare so well. He famously had a short fling with Taylor Swift after his break up with Witherspoon, and we all know how that one ended up. (See: her album, Red.) He also apparently broke up with his most recent girlfriend, Sports Illustrated model Alyssa Miller, in December because she couldn't handle his schedule while filming Southpaw. Southpaw director Antoine Fuqua told Deadline,

Literally. I think he broke up with his girlfriend because he was just in the gym every day. He was training like a fighter. I had him sparring, really getting hit.

Earlier this year, there were reports of Gyllenhaal and Southpaw co-star Rachel McAdams getting "cozy" but that didn't end up going beyond a few dinner dates. So as far as we know, Gyllenhaal has been single and very focused on his incredible career, fresh off both a SAG and Golden Globe nomination for his role in Nightcrawler and now, an exciting venture into stage with Constellations.

Wilson and Gyllenhaal have been steadily rehearsing for the upcoming play, and based on some of their words from a recent Vogue profile, I think something is definitely brewing while they discover how to play two characters who act 60 short, time-jumping scenes that repeat crucial moments in a romance. As Gyllenhaal explained,

I think the thing that makes it challenging, and ultimately why I wanted to do it is that it feels as if underneath the words is — forgive the pun — a universe of choices. And there will never be a night when those choices will be the same. Even in the past two days, we’ve interpreted certain scenes at least five ways. And the type of work we know we have to do... is a little terrifying for both of us — or maybe I should just speak for myself.

The interviewer points out that Wilson quickly adds to this exchange — and with a nervous laugh no less — "No, no...You can speak for me.” Hmmm! Maybe I am reading too much into this, but the duo already seems quite comfortable with each other, which I suppose is expected of co-stars for this intimate of a play. But as Gyllenhaal's history tells, spending long days and nights on stage together could start meaning something much more very soon. I guess only time will tell now!