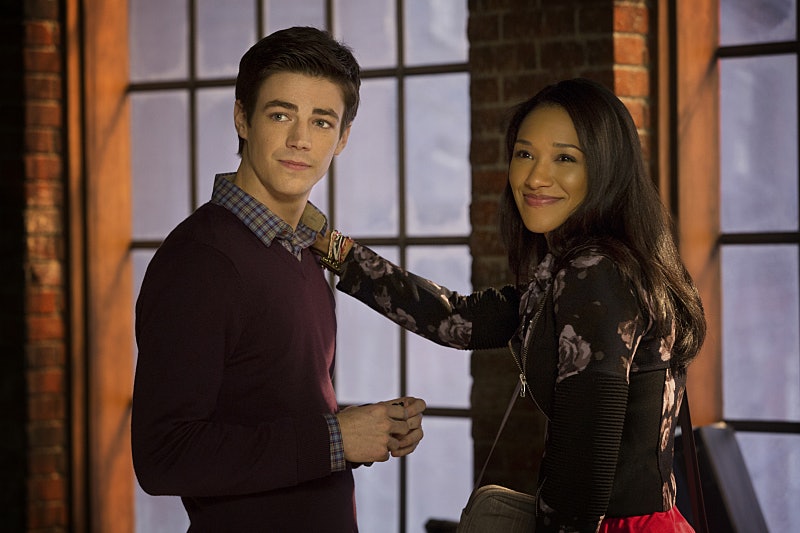 One of the reasons The Flash has been so successful on The CW in its first season is just how memorable and relatable characters are. I feel like I know them well enough to figure out what was left off their Christmas list, what their New Year's Eve plans are, and even what goals they are setting for 2015. What New Year's Resolutions should The Flash characters make? Yes, even Dr. Harrison Wells could do with a little self-care during the holiday season. Granted, these resolutions deviate from your average list of New Year's goals. I don't see people with superpowers lining up for a gym membership or cutting out carbs. However, plenty of our favorite heroes, scientists, and investigators could benefit from a fresh start. The months surrounding the particle accelerator explosion and resulting metahuman convention have caused a lot of pain and displacement. It would be nice if everyone could take a step back, reflect on the year that was, and think about how they could improve going forward. Whether it's drinking less coffee, patenting a pseudoscientific discovery, or doing a little spring cleaning on your secret lair, The Flash has some promises to make.

Here are some resolutions I think the characters should have, as well as others I think they actually would make.

The only superhero that isn't brooding enough, Barry's resolutions might start out pretty mundane.

She needs to reconcile her confusing feelings towards "The Flash" and figure out that it's Barry, but unfortunately that's not something she can do for herself.

The mysterious doctor, who likes making ominous claims about the future as much as Hannibal Lector enjoys making puns about eating people, would have considerably more dramatic resolutions.

Caitlin's world just got a bit more complicated with the reappearance of her fiancé. Hopefully this won't shake up the icy bioengineer too much.

Eddie just became aware of metahumans. Or so we think.

Iris' Dad received a threat from Reverse-Flash. However, something tells me that he isn't going to back down that easily. I wish he would allow his daughter to know who The Flash is, but I don't tell people how to parent.

More like this
10 Stranger Things-Inspired Halloween Costumes For True Fans
By Emma Carey
The 50 Most Powerful Characters In The Marvel Universe, Ranked
By Johnny Brayson and Nola Pfau
'The Rings Of Power' Episode 7 Will Feature An “Unlikely Pairing Of Characters”
By Grace Wehniainen
These Memes & Tweets About Alicent in 'House Of The Dragon' Prove She's The Queen Of Messiness
By Grace Wehniainen
Get Even More From Bustle — Sign Up For The Newsletter